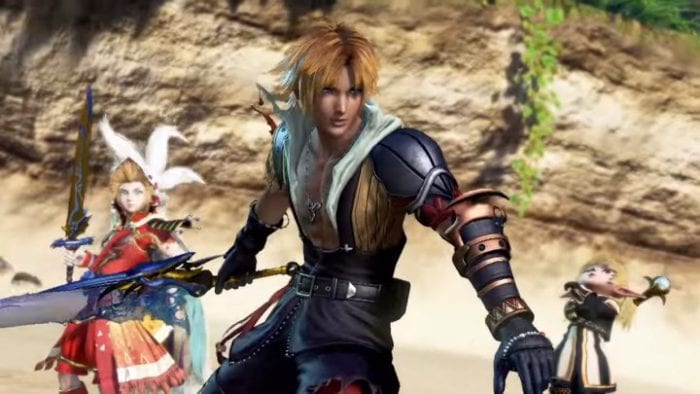 The upcoming arcade game Dissidia Final Fantasy will have over 50 characters, including the entire cast of the original PSP game. Tidus from Final Fantasy X is one of those returning characters, and the latest trailer for the game shows off his skills.

Tidus is a Speed-type character in this game, and the trailer shows him rapidly moving between targets while attacking. Tidus even shows off his blitzball skills in combat, as many of his running and dashing animations allow him to swim through the air. Fans of Final Fantasy X might also recognize the remixed theme from one of the game’s recurring bosses.

Dissidia Final Fantasy is coming to Japanese arcades on Nov. 26. The improved graphics and redesigned gameplay has many people asking for a console port, but Square Enix is currently focused on getting the arcade version out before considering ports.

Which Final Fantasy characters should be added to Dissidia’s roster? Let us know in the comments.