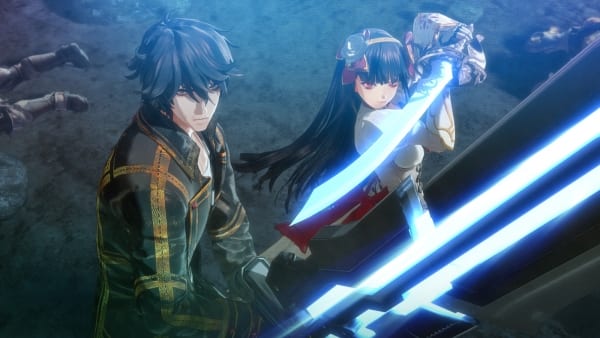 Earlier this week Sega announced a brand new title in their Valkryria series that would be a PlayStation 4 exclusive. The new game called Valkyria: Azure Revolution was announced alongside a PlayStation 4 remaster of the original Valkyria Chronicles. Today Sega released the first teaser trailer for the game, although we don’t see much in the trailer it does confirm that a demo called “Valkyria: Azure Revolution Battle Demo Ver. 1.0″ will be included with the first wave of copies for the Valkyria Chronicles Remaster.

There’s also a wealth of new information that has come out for the game, courtesy of Gematsu.

The “Azure Mineral” that resulted in “Magic Arts.”

An azure mineral of many mysteries, “Ragnite” is the source of a power called “Magic Arts,” which brought various blessings to mankind. Those that saw its talent industrialized the art into the “Magic Arts Industry,” an industrial “Azure Revolution” that allowed anyone to handle the art.

But the arrival of the Azure Revolution changed the world completely.

The reformation of industrial and societal structure through the Magic Arts Industry changed the history of mankind into a “history of conflict” concerning Ragnite resource sufficiency.

The era of “Imperialism” had begun.

In 1853, about a century after the Azure Revolution, a small country known as “Jutland” located in southern Europe launched an assault against the base of a northern major power known as the “Rus Empire.” Jutland, impoverished by the large country’s economic blockade, and advocating “independence and liberation from colonial rule,” declared war on the Rus Empire, and rushed into battle against an superpower aligned with a Valkyria.

After, the young group that led the fight purported the “Miraculous War of Liberation” are declared the “Grave Sinners” of history. Under the surface of the battle for liberation, there was a personal motive of revenge—.

Valkyria: Azure Revolution is set to release Winter 2016 in Japan and Asia, although a western release has not been announced as of yet. The Valkyria Chronicles Remaster will launch February 10, 2016 in Japan.

Take a look at the teaser trailer below and hope along with the rest of us that Sega will choose to bring this title overseas. Have you played Valkyria Chronicles before? How do you feel about Sega continuing the series? Let us know in the comments.