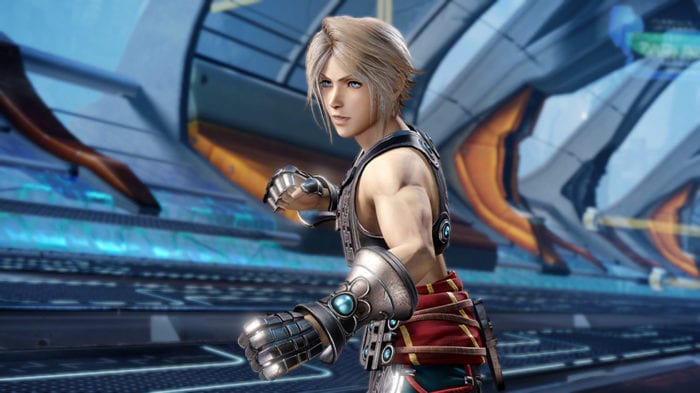 The new entry in the Dissidia Final Fantasy series, boasts a roster of over 50 characters in its arcade debut. Among those characters are the main protagonists from each of the main Final Fantasy games. We’ve seen trailers for each so far including Squall, Zidane and Tidus. Next up on the roster is that one kid from Final Fantasy XII, Vaan. The main hero of XII is here to show off his strength and skill with a sword.

Vaan is a powerful character, using his heavy sword strikes and magic to launch opponents across the battlefield and into walls. He also uses some of the special attacks from Final Fantasy XII called quickenings, to really bring the pain to those he’s fighting. Including throwing a giant fireball across the battlefield at the end of the trailer.

You might recognize some of the music playing in the trailer as a remix of the theme Esper Battle from Final Fantasy XII, a theme that plays whenever you face down one of the giant summon monsters known as espers in the game.

Dissidia Final Fantasy comes to arcades in Japan on Nov. 26. Although there’s no word on a console port or western release, the improved graphics and updates to the battle system have many people asking for one. How does Vaan stack up to the other heroes of the series? What other characters would you like to see in the new Dissidia, and do you hope the game makes its way to the states? Let us know down in the comments.