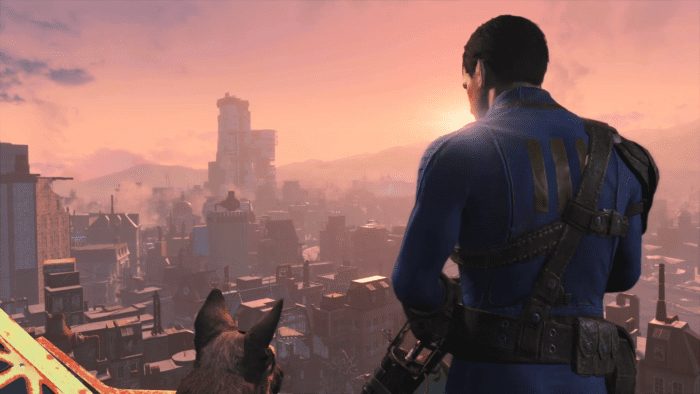 In case you thought you were missing something in your Rock Band 4 experience, but wasn’t entirely sure what it was, Harmonix has gone and revealed that Fallout 4 will be coming to their music simulator.

Not with Super Mutant audience members or Dogmeat or Codsworth as playable characters (Dog would totally rock it on the drums while Codsworth has one hell of a singing voice, but with clothes. You’ll be able to dress your rocker in Vault Dweller gear that actually doesn’t look half bad. No word yet on if you’ll also be able to dress like a Wastelander, but here’s hoping. The best part about this is that it’ll be all for free, courtesy of Rock Band 4’s monthly update, which’ll hit on December 8th. Check it out in the trailer below.

Get this awesome @Fallout 4 gear for your #RockBand4 characters in our free December feature update!https://t.co/LtWl793ESU

Now the flip side of that is if Fallout 4 will have Rock Band themed weapons? Maybe a guitar that shoots lasers? Or man, that would be awesome. What do you think of this crossover? Let us know in the comments below.