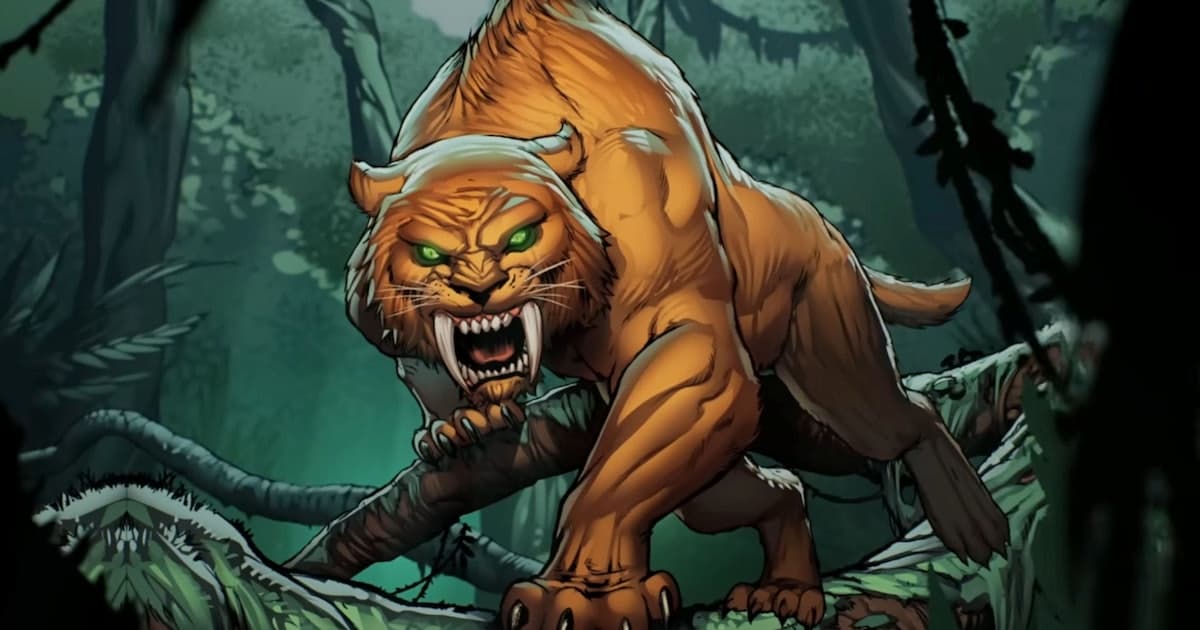 The Savage Lands season has just kicked off in Marvel Snap, and like every season before it, there’s a brand new card you can get by purchasing the season pass. This month, we get Zabu, a 3-cost card that reduces the cost of your 4-cost cards by 2. If you’re at all familiar with card games, this should immediately strike you as a pretty damn powerful card due to its cost reduction ability. And indeed, it’s only been a few days but Zabu is already shaping up to be one of the best cards we’ve gotten through a season pass so far. Is that a good thing, though? I’m not so sure.

First, we should take a look back at the other season pass cards in Marvel Snap so far. We’ve had Wave, Thor, Daredevil, Nick Fury, Miles Morales, and Silver Surfer. Out of all these cards, only one has been truly meta-defining: Wave. She’s a 3-cost card that sets the cost of every card to 4 on the next turn. Wave signaled the creation of the DeathWave deck, and also shifted the meta towards ramp decks, where you could play Wave or Electro to cheat out your bigger cards on earlier turns.

The difference between Wave and Zabu, however, is that back when Wave released, we only had Series 3 cards to unlock. Even though the card acquisition system was slow and somewhat painful at times during those beta days, it didn’t feel quite as bad because you knew you’d unlock Death and her supporting cards sooner or later.

On the other hand, Zabu has been released during a time where Series 4 and 5 cards are now a thing in Marvel Snap. And these Series 5 cards, in particular, are extremely difficult to acquire.

It might be a coincidence, and it’s a very painful one if so, but it’s hard to ignore the fact that Zabu works very well with cards like Absorbing Man and Darkhawk. The former was released as a Series 4 card last month, while the latter was released as a Series 5 card just a couple weeks ago. By pairing Zabu with Sera, you can essentially dump your entire hand of 4-cost cards on turn 6 for an unpredictable and massive power push, which is only enhanced if you have Absorbing Man and/or Darkhawk.

The Marvel Snap meta is slowly getting shaped by the rise of Zabu decks, where pairing him with the Absorbing Man and Spider-Man combo seems to be the bare minimum to get his deck archetype to feel good. The top end of the meta, however, seems to suggest that Zabu decks feel best with Series 5 cards like Darkhawk and Shuri.

This becomes a little bit of a problem as Zabu has started to really highlight the gulf between F2P and paying players. The players who are willing to shell out money on Marvel Snap regularly will be able to hoard Collector’s Tokens much faster, allowing them to buy Darkhawk or Shuri from the Token Shop, while also having the (very small) chance of opening them from a Collector’s Reserve.

On the flipside, F2P players are pretty much left out in the cold. Unless you’ve been hoarding all of your Tokens since the December update, you’re limited to getting just one Series 5 card each month, which means it’s virtually impossible to get either Darkhawk or Shuri right now, sans getting extremely lucky when opening Reserves.

The issue is only exacerbated by the fact that Second Dinner has yet to announce how frequently Series 5 cards will get downgraded to Series 4 and below, which is supposed to help make the card acquisition system feel better for all players across the board. Since the December update, we’ve only gotten more additions to Series 5, and no downgrades yet. Add on the fact that Zabu will get added to Series 5 once this season ends, and it’s slowly starting to feel like Marvel Snap is veering dangerously into pay-to-win territory with its new card releases.

I’d be remiss not to mention that it’s not like Zabu can’t be countered. All of the tech cards you get in Series 1 and 2 like Shang-Chi and Enchantress can counter Zabu and its enabled cards pretty heavily, as can Rogue from Series 3. This doesn’t change the fact that it’s going to take weeks for the average player who only buys the monthly season pass to get any of the Series 5 cards that actually elevate the Zabu deck, though. And who knows what would’ve gotten nerfed or buffed by then?

I suppose the point I’m trying to make here is that the Token Shop was originally billed as a way to allow players to target cards they wanted in Marvel Snap and work towards them more easily, but instead, it’s slowly developed into a FOMO machine after you’ve completed your Series 3 collection. Nothing feels worse than seeing Darkhawk showing up in your Shop and not being able to buy it because you won’t be able to save up 6,000 Tokens for another month or so.

As a collectible card game, this has been Marvel Snap’s problem since the beta days. Card acquisition still feels pretty bad, and unless the card downgrades happen frequently enough, F2P players and low spenders may find themselves dropping the game eventually.