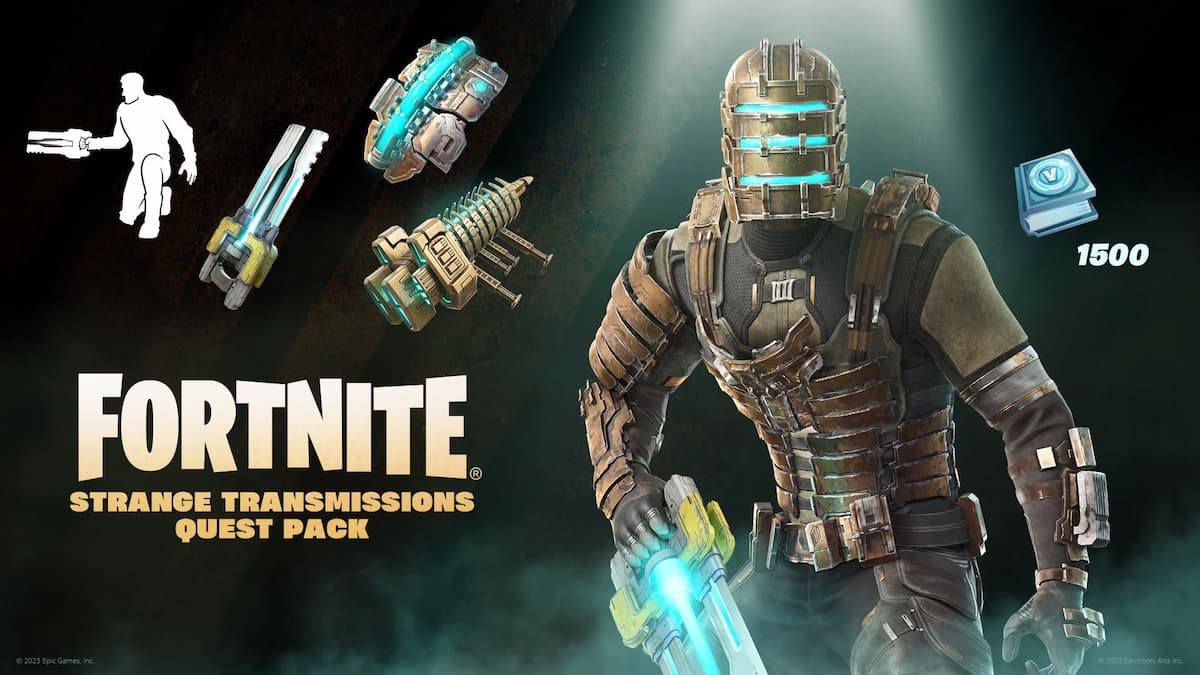 Ahead of the Dead Space Remake release this week, Epic Games has just announced a new Dead Space-themed cosmetic pack for Fortnite. The pack costs $12, and comes with an Isaac Clarke skin, two back blings, a Plasma Cutter-style pickaxe, as well as a model of the iconic USG Ishimura.

In addition to that, purchasers will also get access to the Strange Transmissions quest pack, which allows players to complete quests in-game to earn even more V-Bucks as they play. Overall, it offers pretty good value for a bundle, and is certainly worth considering if you’re spending money on Fortnite already anyway.

Isaac Clarke joins Fortnite as part of the game’s Gaming Legends lineup, which already includes icons like Lara Croft from Tomb Raider, and Geralt from The Witcher.