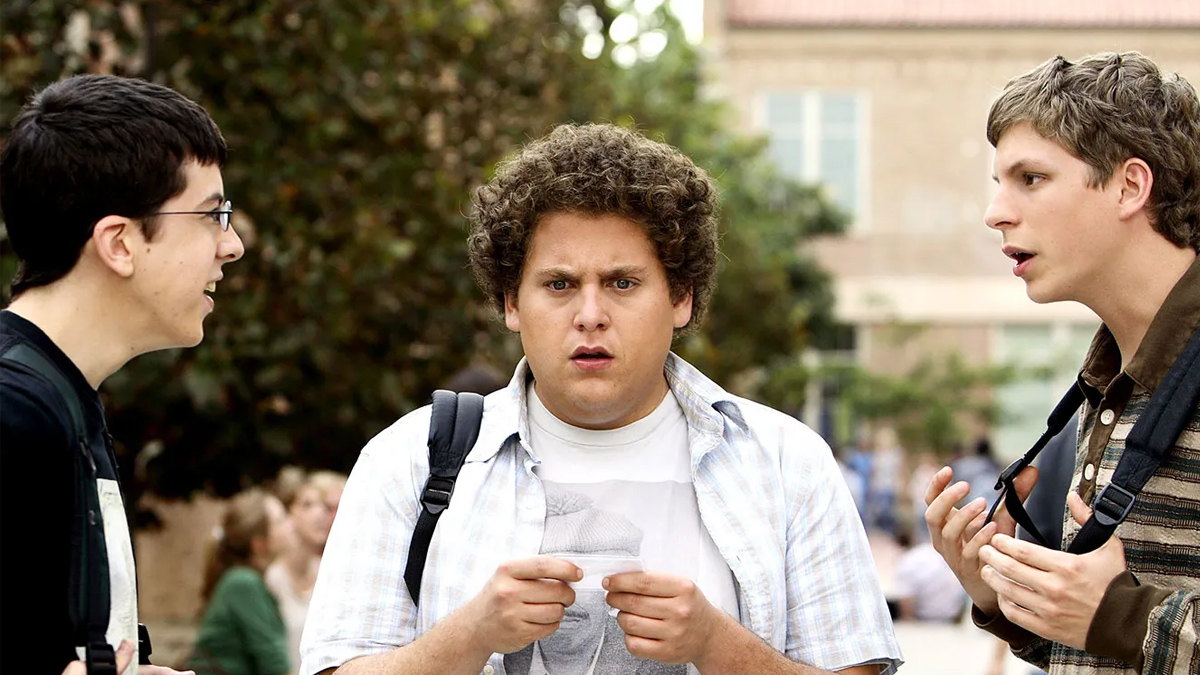 When Superbad premiered in 2007, it was financially successful and acclaimed as one of the best comedies of the 2000s and one of the best high school films of all time. Who wouldn’t enjoy following three best friends who are seen as losers at school and are facing separation anxiety as they are going off to college and want to enjoy their last moments to the fullest?

Well, it’s more than normal that after watching Superbad, you want to keep watching similar stories. With that in mind, here are 10 films like Superbad that guarantee a wild but endearing viewing experience.

Project X puts three high school seniors together to throw a party, so they make a name for themselves. Of course, things don’t go according to plan, and things spiral out of control. So… you can already see some similarities here, and they are probably not coincidences.

If a formula works, it makes sense for others to try and replicate it. Project X has lived in Superbad’s shadow for too long and should also be admired. If you liked Superbad, you’re definitely in for an extremely fun and batshit crazy time.

Dazed and Confused is the oldest movie on this list, but it’s here for good reason. Just like Superbad, it’s a high school classic. Richard Linklater’s work is known for how it approaches the concept of time; hence this movie also provides its take on having one last epic adventure on the last day of school. Moreover, it pays attention to the way seniors torment incoming freshmen.

However, this one brings an indie aesthetic to a pretty common story and satirically questions why young people act as they do. On top of that, it includes a star cast with actors like Ben Affleck, Matthew McConaughey, and Milla Jovovich and a rocking soundtrack. The result is there, Superbad extremely high!

As the title lets us know, this movie takes place on the birthday of Jeff Chang, one of the three main characters – three friends seems to be a pattern! While these friends are not in their teens anymore like in Superbad, they’re still urging to party. And, as expected, their partying goes off the rails, which is a problem because Chang has an important medical school interview the next day.

You’re in for a journey of dangerous and humorous situations sprinkled with a great friendship that makes it impossible not to sympathize with the trio.

Seth Rogen, one of Superbad’s writers, has been one of the kings of comedy since Freaks and Geeks (also a great watch if you like Superbad, but a TV show). With Neighbors and its sequel, we get to see the perspective of a couple (played by Seth Rogen and Rose Byrne) with a newborn baby who lives next to a fraternity house. If it isn’t obvious already, there’s a lot of partying, led by Zac Efron’s character.

While the couple tries to be civil at first, they then embark on a competition to see who can be the most annoying and make the other leave. In the end, a casual and hysterical movie that, at times, tries to be deep and emotional.

“Boys will be boys” tends to be the norm of movies like Superbad, and teenage girls are relegated to teen romances and never get the chance to let loose. Well, Booksmart attempts to shift the narrative as two academically brilliant friends, Amy and Molly, decide to change their reputation and go crazy on their last day as seniors so they can cram four years of fun into just one – sounds familiar? Just like Superbad, a night to remember.

Booksmart is a much-needed Gen Z update to this type of movie that avoids grouping characters into tropes like nerds, mean girls, and jocks. It is extremely funny but also puts interpersonal dynamics and camaraderie at its heart.

If the early 2000s was the time for raunchy comedies, The Hangover hangs right at the top, being one of the most iconic road trip movies ever. In this feature, we say goodbye to school and university to follow a group of four adult friends (Phil, Stu, Alan, and Doug) as they go to Las Vegas for Doug’s bachelor party. Again, one crazy night gets out of hand and ends with the groom missing (and a tiger in the bathroom!).

The Hangover manages to be humorous because of its plot and not by firing off funny one-liners. On top of that, it brings back the bromance we experienced in Superbad and extends it over three movies.

If Superbad had three friends wanting to lose their virginity, American Pie went all out with an entire group of friends navigating their sexuality during their high school years. American Pie was an OG of teen comedy movies and it was such a success that it had many sequels (a lot of them!). Its importance and influence can’t be denied.

However, beware that this one is way raunchier than Superbad, as the main plot is based on the fact that each high schooler has to lose their virginity before going to college. As such, it’s a hilarious film with a similar tone to Superbad, but very much focused on sex and not really on nice and sympathetic feelings.

21 Jump Street tells the story of Schmidt and Jenko, who, during high school, were a dork and a popular jock, respectively. Who doesn’t love teenage stereotypes? After graduating, they join the police and get paired up, and, as they still look like high school students, they are assigned to go undercover and infiltrate a drug ring that is supplying high schoolers with synthetic drugs.

With Channing Tatum and Jonah Hill (a Superbad throwback for sure) on the wheel, it’s a recipe for fun. Therefore, if you’re craving a teen comedy, you can expect a pleasant twist with this one and, of course, an unforgettable bond between the main characters. And… if you end up loving this one, there’s the equally good sequel, 22 Jump Street.

Superbad but from the perspective of the parents, why not? Blockers brings John Cena, Leslie Manna, and Ike Barinholtz to the screen as they discover that their daughters made a pact to lose their virginity at prom. Terrified, they launch a one-night operation to stop them.

This movie is definitely a new spin on teen sex comedy and is full of wit, jokes, and heart. On top of that, it’s produced by Seth Rogen and Evan Goldberg, who wrote Superbad. Need we say more?

Adventureland was the next Greg Mottola movie after Superbad. While this one is definitely not as wild and wacky as Superbad, it’s still a fun and tender coming-of-age film. In this film, we get to follow James Brennan as he graduates and plans to go to Europe over the summer, when his family’s financial situation forces him to take a minimum-wage job at the local amusement park and, therefore, ruins his summer. Or so he believes.

Adventureland showcases the adventure of growing up and is anchored by Jesse Eisenberg’s and Kristen Stewart’s performances. While partying might not be at its core, as a Superbad fan, you might like to check out how deep Mottola’s comedy can go.