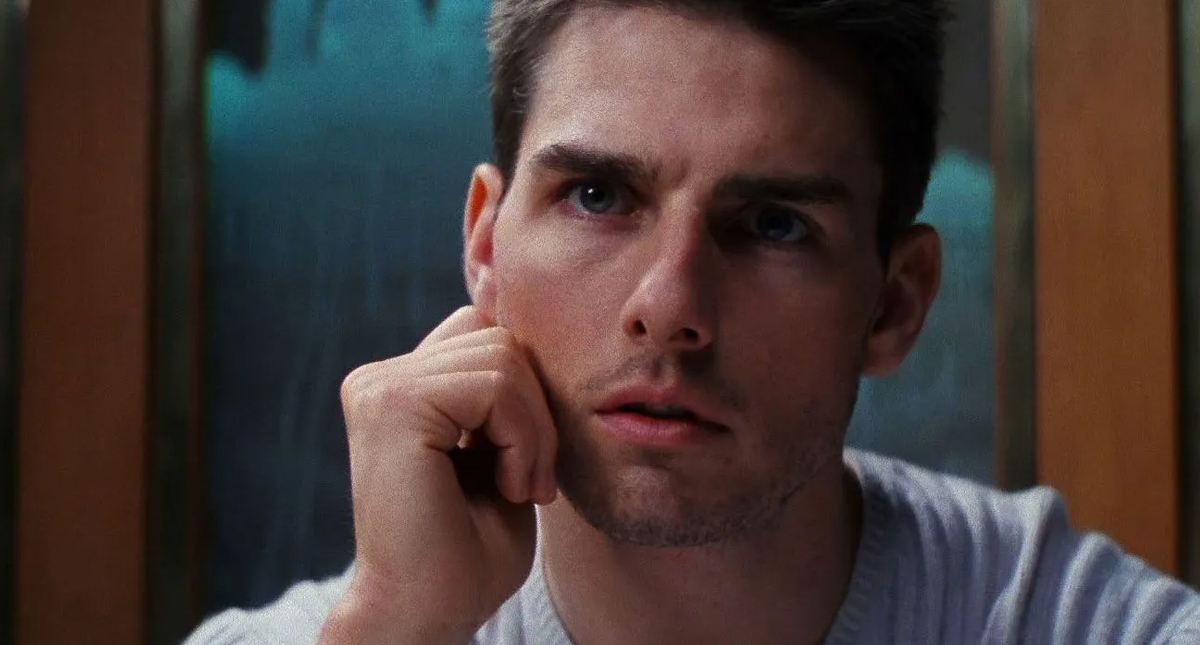 At 60 years old, Tom Cruise is a 40-year acting veteran who has appeared in more than 40 movies of a wide variety of genres. While some have been more successful than others, most have been memorable in some way or another. They’ve also grossed a whopping $10 billion worldwide.

Cruise’s path to stardom started in 1983 with Risky Business and, since then, he has received two Oscar nominations for Best Actor in Born on the Fourth of July (1989) and Jerry Maguire (1996) and one for Best Supporting Actor in Magnolia (1999). In fact, those same performances made him win three Golden Globes.

Even as Cruise hit the 60-year-old milestone in 2022, he shows no signs of slowing down, with Top Gun: Maverick smashing it out of the park. To celebrate his achievements in acting, we’re going to rank the 10 best Tom Cruise movies.

Although not Cruise’s first feature, it was Risky Business that launched the actor into movie stardom, and deservingly so. Through Joel Goodson’s role, he gets to deliver a playful performance sprinkled with a bit of drama that includes one of his most iconic and unforgettable scenes: when Joell glides across the living room entryway, wearing a shirt, underwear, and socks, and he dances and lip-syncs to Bob Seger’s Old Time Rock ‘n’ Roll. Even though it lasts less than a minute, it’s a movie classic.

Thanks to, writer and director, Paul Brickman, Risky Business captures the teen experience, through its pressures and guilts, with satiric lenses that work extremely well for the coming-of-age teen drama. With Cruise as the protagonist, the great performance by Rebecca De Mornay, and an awesome soundtrack, it would be a mistake to skip this movie.

Tom Cruise is known for his acting skills, but also his stunt abilities. As such, he was the perfect choice for the “on-the-run” sci-fi neo-noir Minority Report. Cruise’s performance goes beyond his physical capabilities, as he portrays a complex and deeply troubled cop, Chief John Anderton, who hunts criminals before they attempt murder until he gets accused of planning a murder himself.

This was the second time Cruise and Steven Spielberg worked together and it proved to be worth it. With Spielberg’s mastery, the noir aspects of the film are brilliant. Moreover, thanks to a futuristic premise where technology can predict if someone is about to commit a crime, it sparks a debate around whether free will actually exists as opposed to determinism. As such, as Tom Cruise dives into more tragic roles in the late 90s and early 2000s, he takes part in a great blockbuster that leaves people thinking.

Edge of Tomorrow shows Cruise in a completely opposite role to the ones we’re used to seeing him play: a coward. As a result, the audience is definitely surprised which allows the actor to show his versatility and go through a satisfying arc from zero to hero. After more than three decades of acting, the actor still has something new to show.

Doug Liman’s sci-fi is basically Groundhog Day with guns and aliens, as Major Bill Cage, Cruise’s character, is forced to relive the same day where he fights and dies time after time. Besides being extraordinarily entertaining, the film is also carried by Emily Blunt which brings a complex female lead to the screen without diving into traditional gender roles. In the end, their performances and their chemistry take the premise to another level and make this feature worth your time.

Magnolia lets Cruise shine as Frank T.J. Mackey, a misogynistic self-help guru in one of the most brilliant performances of his career, leading to a Golden Globe win and an Academy Award nomination for Best Supporting Actor. Even though this character doesn’t resemble any role that the actor has done, it still carries his daddy issues trademark. In fact, the actor and Paul Thomas Anderson, the director, bonded over the loss of their fathers to build the character for Magnolia.

Cruise is just one of many interrelated characters that are in search of meaning and forgiveness, making this movie a long odyssey of emotions and coincidences, carried by a fitting score. While it’s true that Anderson, at times, gets carried away by worrying about making the movie profound, Cruise’s delivery in the final act doesn’t leave anyone indifferent emotionally.

Eyes Wide Shut is one of the most interesting movies in Cruise’s filmography. After spending 400 days shooting what would be his first and only collaboration with Stanley Kubrick, the feature received mixed reviews. However, it was one of the actor’s boldest choices and performances and the artsiest film the actor has starred in. As Dr. Bill, his character falls into a spiral of insecurity and jealousy, Cruise and his co-star Nicole Kidman dive into a sexual explicitness that neither had experienced before.

This was Kubrick’s last movie, and as bizarre as it was, it would be difficult to decline to work with the director. Eyes Wide Shut brings forward a plot that is certainly fascinating and that makes you feel almost like you’re in trance trying to guess which situations are real or not.

Tom Cruise is Mission: Impossible and Mission: Impossible is Tom Cruise, yet it wouldn’t be fair to include all of the movies from the franchise in this top 10. However, we couldn’t skip Fallout as it topped the other movies through insane action sequences that never disappoint in which Cruise risks his life – and also his limb and foot in the process – to perform the most incredible action scenes of his career. It’s an amazing experience to watch the actor perform his own stunts and realize all you’re watching is real from leaping across the rooftops of London to flying a helicopter through a gorge.

The sixth installment of the franchise counts on the director Christopher McQuarrie’s elegance which allows the audience inside Ethan Hunt’s head for the first time, raising the movie from a physical level to an emotional level. Mission: Impossible remains one of the most successful action franchises, that keeps being groundbreaking and full of jaw-dropping moments, mainly owed to Cruise.

After 36 years, Cruise slips right back into his role as Maverick and it’s like he never stopped playing the role. With the character’s charm back, the actor does a just right job at combining it with an environment of tension that has accumulated throughout the years caused by his relation with his supervisors and by how he has dealt with grief over Goose. Thus, Cruise takes on a more mature role in the story, while keeping his adventurous side as an actor as he convinces his co-stars to train and actually fly the planes used in the movie.

While some sequels might be unnecessary, Joseph Kosinski’s Top Gun: Maverick works. Not only because of Cruise but because of the return of Jennifer Connelly and Val Kilmer and the addition of a new crew, including Miles Telles who plays Goose’s son. As such, this is definitely a nostalgic and emotional ride that touches in all the right spots that made people love the original one. Even if you haven’t watched the original Top Gun, watching the pilots complete the impossible run will definitely be thrilling.

Jerry Maguire is not your typical rom-com, but, in the end, it’s still a romantic comedy and maybe one of the most human roles Tom Cruise had to play thanks to all the introspection it entails. In this film, the actor got to portray a grown-up and successful man that works as a sports agent. His performance is very intimate and cathartic, standing out from other movies of the actor. Cruise bares his soul into this movie without the need for insane stunts or artsy concepts.

Cameron Crowe’s feature might not be consensual in all its decisions, nonetheless, it’s a drama that portrays real people and feelings. Besides giving us a pretty solid performance from Tom Cruise that got him a Golden Globe and an Academy Award nomination, with Jerry Maguire, we also got to witness Cuba Gooding Jr. in an Oscar-winning role, as Jerry’s only client and friend.

Objectively speaking this movie couldn’t be number one on this list, but for many, it certainly is, hence why it deserves a second spot. While a bit cheesy, Top Gun defined a character archetype of its own, and Tom Cruise got to play the role of every guy’s dream, Maverick, in one of the best bromances ever made. While the actor had shown, in previous films, that he was talented, Top Gun definitely labeled him as a movie star, and for good reason. Cruise’s performance was both sensitive and magnetic.

Directed by Tony Scott, Top Gun was a massive success and became a part of pop culture from the 80s and 90s, living on to this day as proven by the sequel. While time keeps moving forward, after almost 40 years, this movie still holds up and keeps entertaining older and newer audiences with its flying scenes. In the end, the plot is fairly simple and can be summarized by male camaraderie and Scott’s direction led the movie to celebrate masculinity alongside sensitivity without glorifying toxic male relationships.

Born on the Fourth of July is the most overtly political movie that Cruise has starred in, and, as a consequence, controversial. In a time when the actor was diving into dramas, he found himself portraying Kovic, a young man who was excited to go to war and then became a disabled veteran and an anti-war activist. While the plot itself is not the easiest to cover over the runtime of a feature film, Tom pulled it off and was able to provide many moving moments. In fact, he received some of the best reviews of his career, was awarded his first Golden Globe, and got his first Academy Award nomination.

Based on Kovic’s memoir, Born on the Fourth of July was praised for Oliver Stone’s restrained direction, but mainly for Tom Cruise’s delivery and he immersed himself fully into the character which presented an outstanding result. Furthermore, the actor leaves his boyish youthful look behind to discover a more mature version of himself, in a movie that carries an important message but also opens the floor for debate.