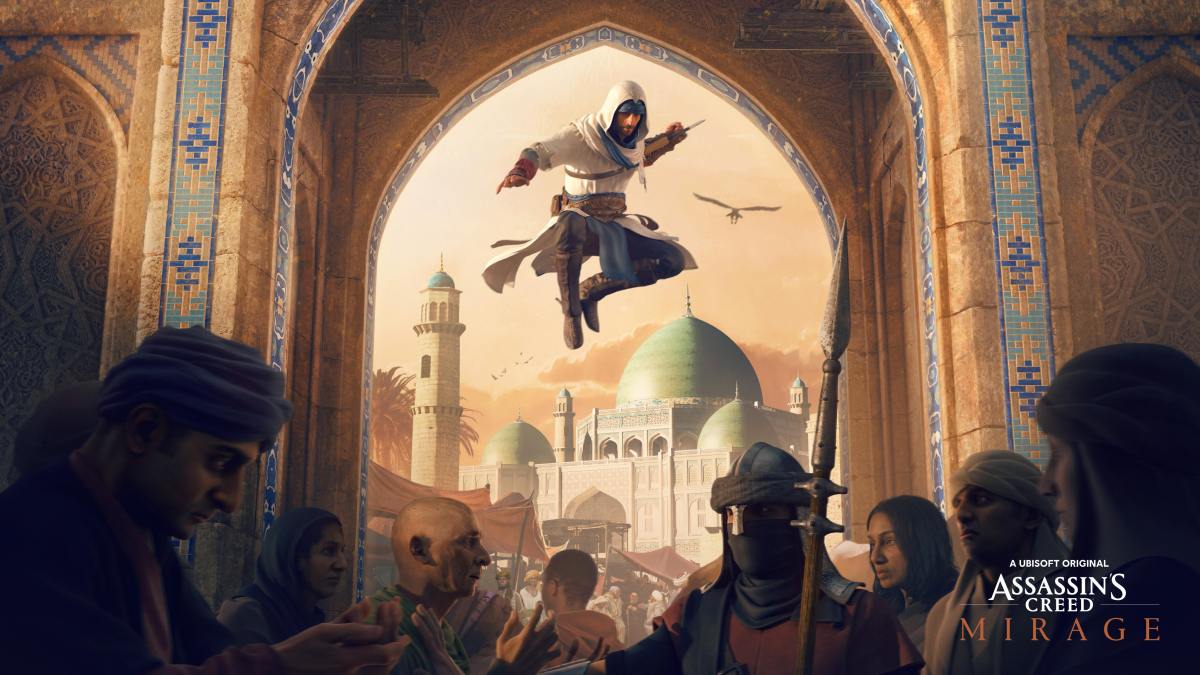 If you’re any bit similar to me, the announcement of a new Assassin’s Creed game induces no semblance of excitement. It’s been sixteen years since Ubisoft introduced us to the millennia-long struggle between Assassins and Templars, with the battle affecting gamers more than just in-game, as the franchise has lost its way trying to reinvigorate itself.

That said, Assassin’s Creed Mirage looks to mark a notable shift in Ubisoft’s tone for the series, as it is rumored to be much smaller in scale and focused on a narrative-driven experience. It’s been a few months since Mirage’s reveal, and with Ubisoft reportedly targeting a 2023 release date, details have been relatively mum on what to expect in Mirage unless you frequent its official page.

It’s no secret that Ubisoft has been in a rut of late, as the French publisher has found itself delaying Skull & Bones for the millionth time and canceling unannounced titles. It’s disappointing, to say the least, especially for a studio that has had a massive impact on gaming.

While Mirage feels like it could be a rejoicing moment for fans, it also feels like a lot rides on this game’s performance. The small snippet of information Ubisoft has shared on Mirage’s direction sounds great, and with that in mind, here’s what Assassin’s Creed Mirage needs to do to deliver on all fronts to revitalize the franchise and restore order to the free world.

As the age-old adage goes, open-world games giveth and taketh away. For every Elden Ring, and there aren’t many, there are millions of soul-sucking experiences that’ll make you wish the game was over. Despite the studio’s enormous portfolio of open-world titles feeling similar in nature, the Far Cry series has created some uniquely memorable moments that make you appreciate what the studio could do.

Assassin’s Creed IV: Black Flag is one of the studio’s best games of all time. Ubisoft created a blueprint for a sensational open-world game that would eventually become the concept for Skull & Bones. Yet, after Black Flag, it became focused on absurd amounts of inflation, with Assassin’s Creed Origins making the shift to “more.”

Playing Assassin’s Creed Odyssey and Valhalla had to be the most life-draining experiences ever, as the shift to “more” meant a billion quest markers and content that felt lifeless. Don’t get me wrong, there’s good stuff in those titles, but to experience it, you’d often have to spend hours digging.

Mirage’s protagonist Basim, from Valhalla, finds himself in the beautiful city of Baghdad as a young man looking to rise the ranks of the Assassin’s Brotherhood. Given the scope of Mirage is meant to be smaller, this allows Ubisoft to rethink its approach to open-world design. If the goal is to deliver a condensed world, give players more meaningful experiences in this world.

Mirage could be the perfect time to revisit the tried and true open-world design and inject some life into it. Revising the quest design should be a main goal by making it full of seamless experiences, a la Red Dead Redemption 2, where there’s a healthy balance of the player reacting to the world and vice versa. We already know what Ubisoft can do; Mirage should focus on creating a real, breathing version of Baghdad, something that challenges Ubisoft to rethink its approach to world design.

After 2015’s Assassin’s Creed Syndicate, Ubisoft entered a period of self-reflection where the studio wanted to rethink how it approached the following entries. Origins was the first of the revised formula, with Ubisoft injecting RPG elements into the franchise and expanding the open-world approach to astronomical heights.

It might be a bit of an unpopular opinion, but I did not enjoy this shift. My thought process at the time was Ubisoft saw the rise of The Witcher 3: Wild Hunt and tried to replicate that formula in Assassin’s Creed. However, it felt clumsy and tacked on rather than feeling like a genuine design choice. It especially became irksome in tandem with the world design, as you’d run into areas gate kept by powerful foes.

If Mirage is to keep any form of RPG elements, it needs to have meaning and not feel like an afterthought. Basim is a young thief turned Assassin looking to improve his arsenal, aka the perfect opportunity to remake the RPG elements to feel meaningful.

I’m not expecting anything in a scale of RPG’s deepest titles; something much simpler akin to God of War Ragnarok would work perfectly. Santa Monica Studio successfully managed to get players to evaluate their build of Kratos to maximize their chances of demolishing the Norse Pantheon, especially when on the hardest difficulties.

Build up your version of Basim to your liking, with the improvements being prevalent and feeling impactful, not some sort of afterthought that only allows you to take on the game’s hardest areas.

Build off the “Unity” Blueprint

Post the first Assassin’s Creed game, the series steadily evolved into a power fantasy, as the Assassin would take on waves of enemies, leaving none standing. The protagonist is an Assassin, yet as the franchise progressed, it became more of a label versus an actual lifestyle.

Naturally, games evolve and move past the identity that set them apart, for example, Resident Evil and Dead Space steadily became more action-packed after debuting as survival-horror. The one exception to this evolution of identity in Ubisoft’s track record is Assassin’s Creed Unity, and this is the title that should influence Mirage’s direction.

Now before I go on, Unity was most certainly a flawed title. When it launched in 2014, it was severely flawed, and such a switch up of the actual core of what Ubisoft created, I despised it. However, I revisited Unity later on and found myself enjoying it. It felt like what an Assassin’s Creed game could be, as it created a blueprint for what the franchise could be.

Mirage could be the evolution to Unity, building off the Unity blueprint by presenting a version of Assassin’s Creed that focuses on stealth and being the master of assassination. Ubisoft has mentioned Basim’s experience will be centered on collecting clues on targets before assassinating them, so why not go further by truly embracing the shadows like Agent 47 in Hitman?

Make Mirage focus on stealth versus the tank nature of recent games, maybe throw in multiple ways of taking down a foe, such as environmental destruction, and make it feel like a challenging/rewarding experience. Anything that creates the ultimate fantasy of being a true Assassin on the rise is an absolute win in my book.

Along with the previous sentiment, Unity had some of the best movement in the franchise. If Mirage can capture a fraction of that or expand on said movement, that’ll be another win in my book.

Leave the Animus in the Past

A little over sixteen years ago, seventh-generation gamers were introduced to Desmond Miles, a man kidnapped by a pharmaceutical company, who forced him to relive older memories through the Animus. Desmond would learn that he is a descendant of a legendary member of the Assassin’s Brotherhood. He would also discover the Brotherhood is engaged in a millennia-long struggle against the Knights Templar.

Sixteen years later, I couldn’t tell you where the story stands. Origins told a good story about how the Assassins began, and from there, it lost me. I’m going to be open; I’ve always hated the story centering on the Animus as it constricted Ubisoft to focus on some insane sci-fi plot that progressively got worse before and after Desmond saved the world in Assassin’s Creed 3. I’d even argue the story left me unsatisfied at the end of the first Assassin’s Creed title back in 2007.

This point may be ambitious, but if given the opportunity, Ubisoft should ditch the futuristic technology and modern-day Animus users completely. Basim’s story will focus on the Assassins before they donned the titular name, with this narrative centered on his growth twenty years before Valhalla and the Hidden Ones, as they were named.

Now would be the perfect time to drop the sci-fi act and focus on the rise of the order throughout history, with Mirage starting as the narrative “rebirth” of the franchise. Tell a more grounded narrative that focuses on the Assassins vs. Templars struggle throughout history, with each subsequent game focusing on a different historical setting while ditching the sci-fi aspect.

Either that or if Ubisoft is committed to the time-traveling Inception-like plot, rework the overall narrative to be more cohesive. The end-of-the-world concept that has been a core of the series really offsets how cool the time-traveling struggle between two ancient factions could be.

Perhaps this list is too ambitious, but what is there to lose when the future of the Assassin’s Creed is guaranteed for quite some time?