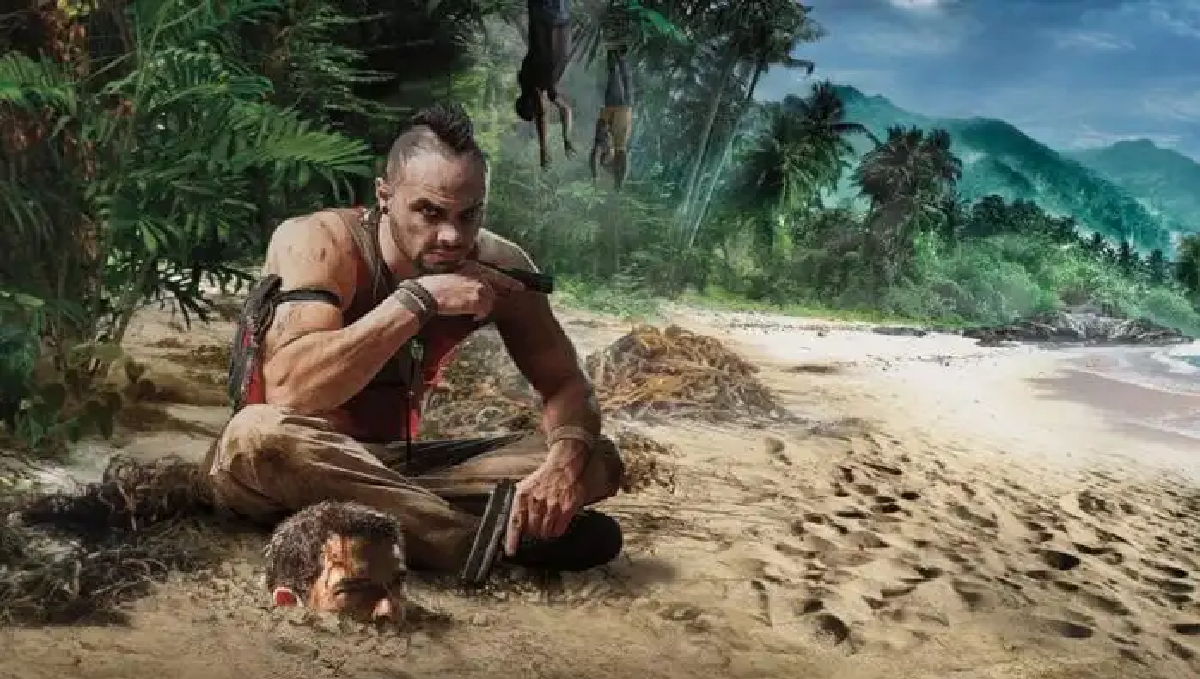 Far Cry 3 is one of the most critically acclaimed titles of the entire series, and it gives you an expansive island to explore at your leisure. There are tons of exotic animals to hunt like sharks or panthers, and plenty of scenery to take in. The game’s story also plays with the tropical themes, having protagonist Jason Brody go through multiple tribal rituals.

Viva Pinata is about as tropical as you can get, giving you a garden of adorable pinata animals to take care of. You’ve got tons of options for building your garden, mating animals, and protecting them from strange attackers. It’s the perfect game to unwind with on a cold winter day.

Just Cause 3 has two enticing opportunities to play with, an absolutely gorgeous tropical setting and unlimited destruction. You play as mercenary Rico Rodriguez returning to his home country of Medici, a fictional Mediterranean republic. You basically have unlimited freedom to explore the sights of the island, or take down the corrupt regime with extreme prejudice.

Pokemon Sun and Moon transports the series to the brand new region of the Alola Islands. This tropical local is a beauty to behold, and the games change up quite a bit about the series’ formula. You now have Island Trials to overcome instead of gyms, and the tropical theme plays into many of the Pokemon designs as well.

Dead Island puts zombie survival into a setting unlike anything we’d seen before, the tropical island of Banoi. This tourist resort has been hit with a terrifying zombie infection, and you’ll need to find a way off the island. Luxurious five-star hotels, desolated towns, and more are all waiting to be explored.

Crash Bandicoot is living a quiet life on the Wumpa Islands, before it’s rudely interrupted by Doctor Neo Cortex. Cortex mutates the normal Bandicoot into the iconic hero we know today. There’s a major tropical theme running though every aspect of the game from the art style, to the music, and even the boss battles.

No video game has more of a tropical setting than the jungles and islands of the Donkey Kong Country games. Strange creatures known as Tikis come to the island and hypnotize all the creatures, forcing them to steal Donkey Kong’s bananas. Of course, he sets right out with Diddy Kong to get them back. A gorgeous tropical jungle theme is matched by an equally fitting score.

Assassin’s Creed IV: Black Flag is one of the finest pirate games ever made, putting you into the shoes of the swashbuckling Edward Kenway. Of course, there’s the whole Assassin and Templar war that plays into things, but the real appeal of Black Flag lies in exploring the Caribbean. The islands of the game are stunning, and there’s plenty of buried treasure to seek out.

Super Mario Sunshine was a big change for the series, both in aesthetic and gameplay. Mario sets out to Isle Delfino on a vacation with Princess Peach, before things predictably take a turn for the worst. He finds a strange talking backpack called the F.L.U.D. that shoots water, and must use it to wash off the horrid paint infecting the island.

The Secret of Monkey Island

Secret of Monkey Island remains one of the best pirate themed titles around, putting you in the shoes of the oddly named Guybrush Threepwood. The young man wants nothing more than to be a pirate, so he travels to Melee Island to do so. There the pirate captains of the island send him out to complete the three trials necessary to be a pirate.

The Legend of Zelda: Wind Waker

Wind Waker gives Link the ability to sail around a vast ocean, and explore the islands that lie upon it. Each island has a very different look and feel to it, and there’s nothing quite like sailing the open seas on the King of Red Lions.

One of the major hubs for the first Jak and Daxter is their home of Sandover Village. Jak and his friend turned into a ottsel Daxter spend much of their time on their home island, besides venturing out into new locations. There’s a tropical theme that runs through the entire game, however, giving it a unique charm.

Final Fantasy X has the most tropical theme of the entire series, transporting the game’s protagonist to Besaid Island at the beginning of the game. There are, of course, pretty varied locations but you’ll spend a lot of time exploring islands and watery locals.

New Leaf may not be entirely tropical themed, but it’s still a great island getaway. The game sees you becoming the mayor of your very own town, seeing after improvements and upgrades along with the residents. Of course, you also have the option of talking to Kapp’n and taking a quick boat ride to a tropical island, to spend the day capturing bugs. Either way you go, it’s a relaxing adventure.