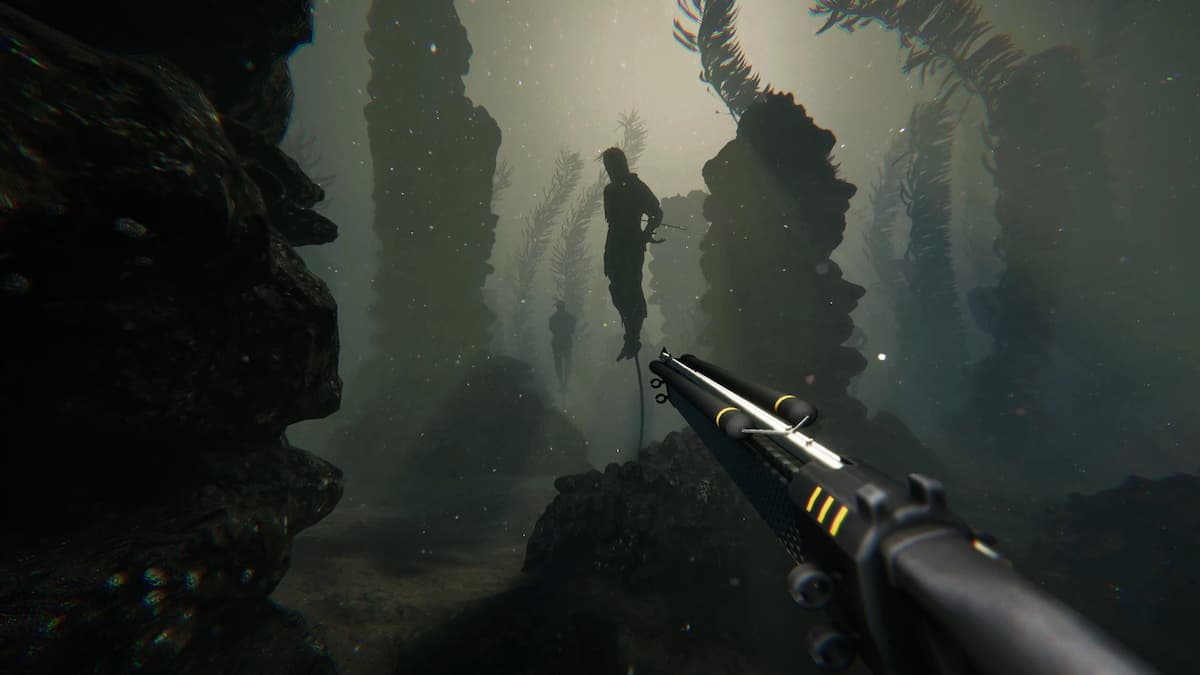 Death in the Water was released back in 2019, garnering decent success and praise as it threw players into the depths of the sea. Players must fight off Great Whites in a challenging experience not many can say they completed, as the game centered on a wave gameplay approach, with each dive (wave) increasing in difficulty.

A rather surprising piece of news has been floating deep in the sea, and that’s the announcement that the two-man development team, Lighthouse Games, is hard at work developing a sequel to Death in the Water. Death in the Water 2 travels back under the sea on Jan. 26, 2022, and looks to be a much darker experience, at least from what can be garnered in this short snippet co-founder of the development team shared.

If Great Whites weren’t scary enough, the sequel is looking to make players rethink that thought. Death in the Water 2 showcases the protagonist fighting off various mythological creatures, who are controlled by the nefarious mind-controlling Kraken named Death.

Venture under the sea to uncover hidden treasures, call in Perks to survive the deep dive, and fight off waves of mind-controlled monstrosities with a deep arsenal of weaponry in this fleshed-out sequel. Death in the Water 2 launches exclusively on Steam on Jan. 26, 2022, though co-founder Neil Jones has also mentioned that he hopes it’ll surface on PS5 in the future.