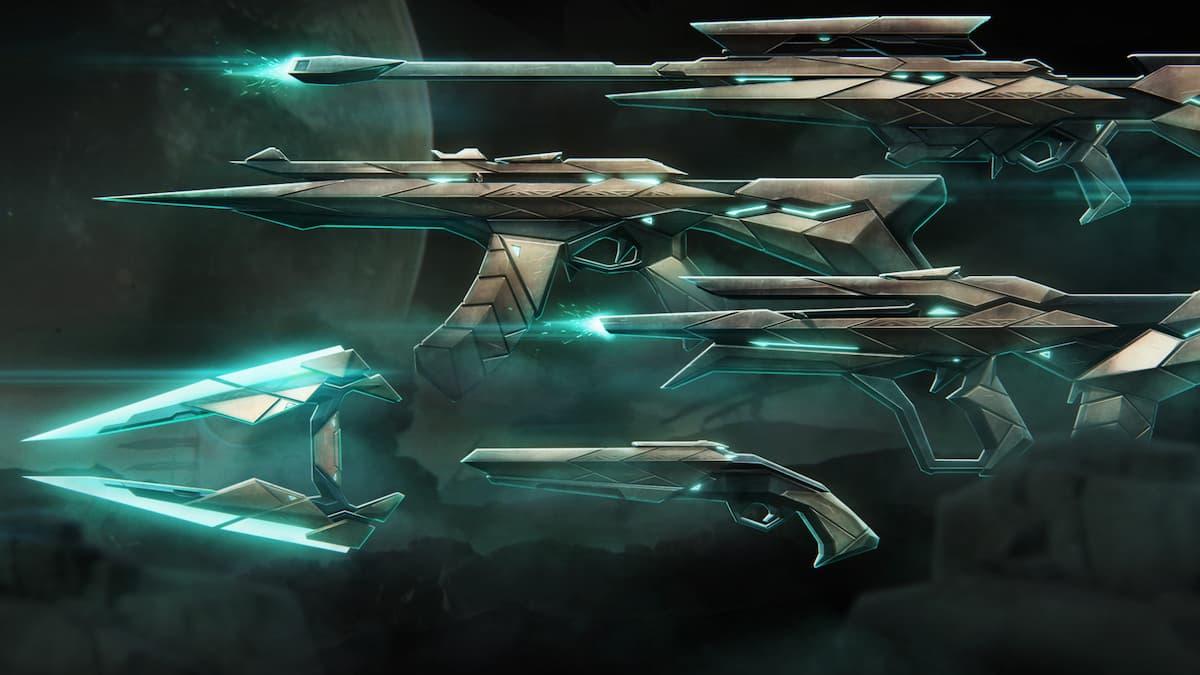 Riot Games is kicking off its new season of Valorant content next week, and of course, there’s a new bundle coming along with it. The new weapon skin is called ‘Araxys,’ and it’s a futuristic-looking design that reminds us of something from Halo or Destiny.

“The goal was to create a skinline that embodied the danger, the mystery, and the power of an unknown, possibly hostile, alien race. We wanted to make something that seemed technologically advanced, yet too dangerous for mankind to wield safely. We wanted to create something sleek but aggressive, advanced but dark in nature.” – Stefan Jevremovic, Riot Games Art Lead

The Araxys bundle is an XE tier premium bundle that costs 8700VP in total (around $90). It features the following items:

All weapons in the bundle are upgradable across four different Levels. These are as follows:

There are also four different color variations: Purple, Red/Black, and Gray. You can see some images of each below.

The Araxys skin bundle will come into the Valorant store next week on Wednesday following the launch of the new patch. In addition to the skin, there is of course a whole new Episode to look forward to which includes a new map called Lotus and a fresh battle pass.

For more on Valorant, check out our related content listed below.