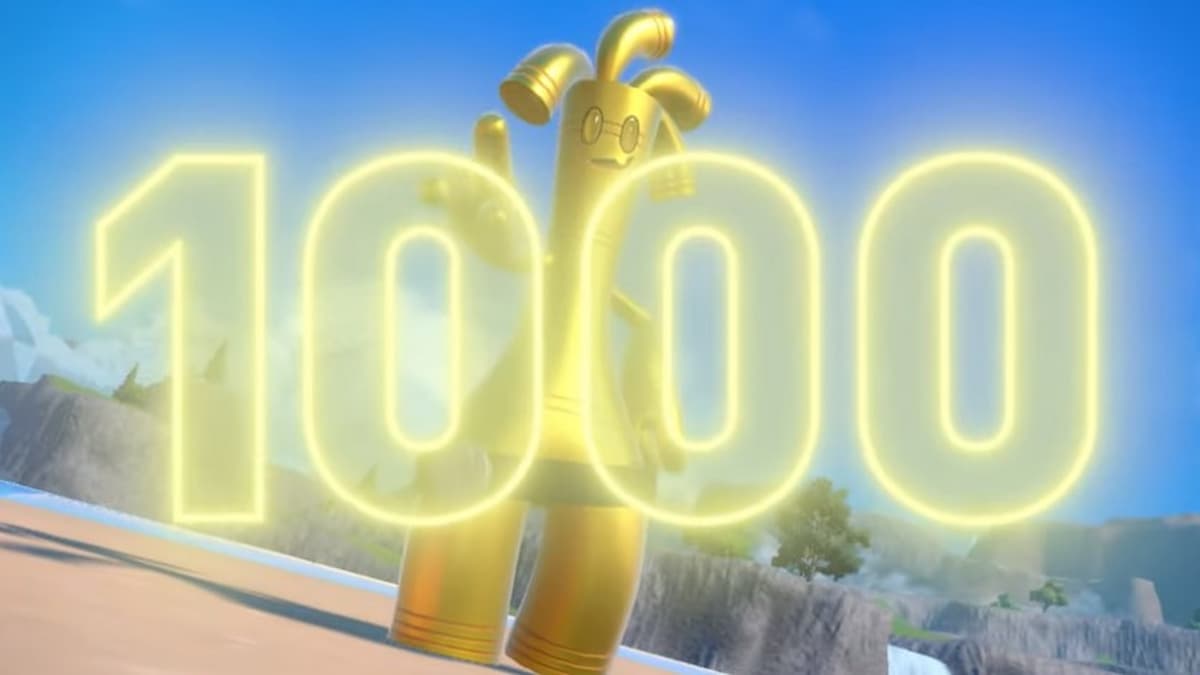 Image via The Pokemon Company/Nintendo

After nearly 27 years, the Pokemon franchise has finally reached the milestone of 1000 total creatures in the new Scarlet and Violet games. To celebrate, The Pokemon Company released an eight-minute and 45-second YouTube video showing encounters with every single Pokemon across multiple generations. It’s a fun look back at how far the franchise has come from black and white beginnings on the Game Boy.

The video begins with the starters all the way from Kanto up to the Galar starters for a total of 24 Pokemon. Which of course lets them strategically show off the franchise mascot and 25th Pokemon, Pikachu.

Up next are all the beginner Normal-type Pokemon like Zigzagoon, Sentret, Bunnelby, and more. After that, they mix in a few different types of Pokemon like Electric (Emolga, Pachirisu, Dedenne), Fighting (Sawk, Throh, Timburr), and Grass (Skiploom, Roselia, and Eldegoss) just to name a few.

After that, the video shows off all of the different beginner birds from the different regions like Pidgey, Pikipek, Fletchling, and more followed by the early-game Bug-types and their evolutions like Caterpie, Metapod, Blipbug, Dottler, and more.

Following those two groups, there’s a bundle of forest-dwelling Pokemon shown off quickly. Then a bunch of Pokemon that can be found by interacting with trees make their appearance like Greedent, Aipom, and Combee.

Noibat then kicks off the massive list of Pokemon found in caves and there are even a few creatures mixed in there that can be found by breaking rocks.

This pattern continues where different types of Pokemon are shown off based on the ways that they can be found in the wild, evolved with items, or evolved while trading up until the counters hits 905 Pokemon with Mew.

At this point the video transitions to the Paldean region to show off all of the new Pokemon in Scarlet and Violet. Of course, the video makes sure to slow things down for 999 and the big number 1000, Gholdengo. The video wraps up with number 1008, Miraidon, and a clip of a Poke Ball shaking as the question, “Did you catch ’em all,” appears.

Pokemon Scarlet and Violet and available now exclusively on the Nintendo Switch.