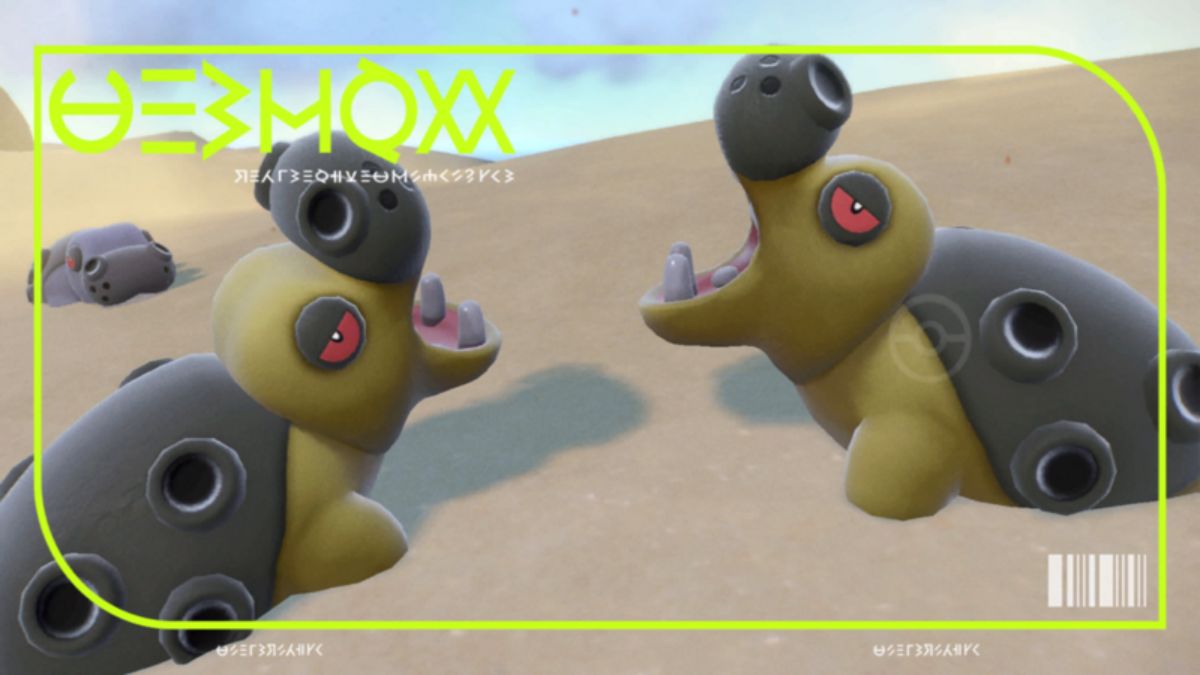 Hippowdon is one of the lucky previous-Generation ‘Mons to be included in the Paldea Region of Pokemon Scarlet and Violet, and has quickly made it’s way into the top selection of most viable Pokemon to use in competitive battle. You won’t be making the most of Hippowdon’s full potential until you consider hold items, moves, and EVs. We know how confusing and daunting this can all be, so don’t worry; we’ve covered all the information you’ll need. Follow along below for everything you need to know about how to get Hippowdon and the best competitive moveset to use in Pokemon Scarlet and Violet.

How to Get Hippowdon in Pokemon Scarlet & Violet

Unlike the majority of creatures in Pokemon Scarlet and Violet, Hippowdon is not able to be caught in the wild, and its Pokedex entry simply states that its habitat in the Paldea Region is unknown. Don’t worry, though, because you can easily obtain a Hippowdon by evolving Hippopotas, and we have all the information you’ll need to do so below.

Luckily, Hippopotas is only available to find in one habitat within the Paldea Region, so this makes narrowing down your search extremely useful. The area in which you’ll want to head to for your hunt is Asado Desert, where Hippopotas can be encountered roaming the sandy grounds. If Hippopotas isn’t walking around, they can sometimes be found partially buried in the sand with their face and top half of their body sticking out.

Evolving Hippopotas into Hippowdon is super simple, with no need to worry about the likes of special items or trade evolutions. All you need to do is raise your Hippopotas to level 34, and the evolution process will trigger automatically.

The best Nature to use for Hippowdon in most scenarios and builds is the Impish Nature. This Nature boosts Hippowdon’s already tanky defense further, and allows it to operate as a both a strategic lead Pokemon, or strong physical wall to help slim your opponent’s chances of victory.

This build focuses on the use of Stealth Rock + Sandstorm to chip away at your opponent’s health while also doing strong damage with the likes of Earthquake. Thanks to Sand Stream, Sandstorm will trigger as part of Hippowdon’s ability when it is sent into battle, and the Leftovers hold item allows Hippowdon to regenerate HP every turn, making up the slight damage that Sandstorm causes. Yawn is present to put your opponent to sleep, giving you a chance to deal damage more freely, and allow them to be hit by Sandstorm without you taking damage from their attacks. Whirlwind is also there to force a switch from your opponent, allowing Stealth Rock to be used as a much bigger threat.

Here’s a complete breakdown of Stealth Rock, Earthquake, Yawn, and Whirlwind, and why they are useful to use on Hippowdon as your lead Pokemon.

This build works similarly to the lead build Hippowdon, switching out Whirlwind and Stealth Rock for Ice Fang and Slack Off, giving Hippowdon more longevity in battle with stronger physical attacks and an option for HP replenishment. The moveset that works best for a Physical build Hippowdon is Ice Fang, Yawn, Earthquake and Slack Off. Here’s a full breakdown of these moves below.

That’s everything you need to know about how to get Hippowdon and the best competitive moveset in Pokemon Scarlet & Violet. For more gameplay guides, lists, news and quizzes, check out the rest of our content. We have a range of Pokemon topics to help you overcome any obstacles on your journey through Paldea, such as how to use the flying speed glitch with Miraidon and Koraidon, all TM locations,  and where to get TM 140 Nasty Plot.