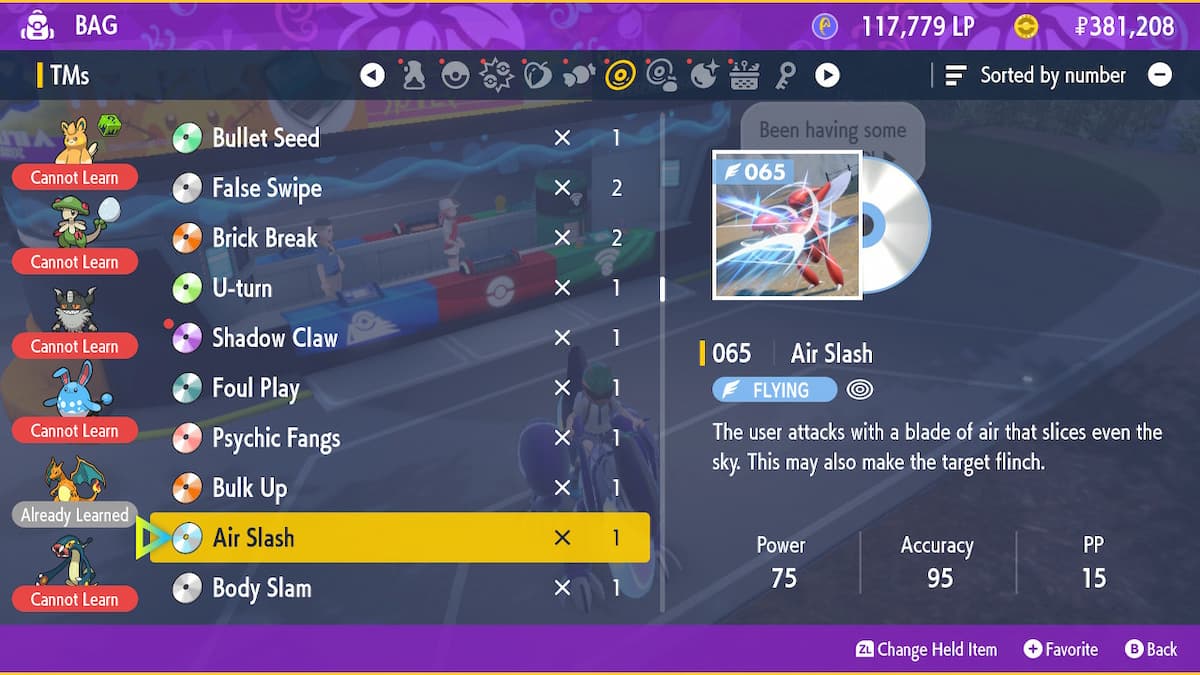 Air Slash is one of the best Flying-type moves because it carries a 30% chance to flinch an opponent struck by the attack, and it’s one of the most powerful special Flying attacks. You’re probably wondering where you can pick up this move with all the new bird Pokemon in Paldea, so here’s everything you need to know on where to find Air Slash in Pokemon Scarlet and Violet.

This TM is added to the Pokemon Center crafting list after you defeat the Team Star Poison crew, so you don’t need to find it first. The necessary materials include 3x Wingull Feathers, 3x Noibat Fur, 3x Flamigo Down, and 5000 LP. You’ll find TM 065 in South Province (Area One) on an outcropping in the middle of a small pond, within view of the nearby shrine (see the below screenshot).

Not every Flying-type learns Air Slash, but it’s a good move on almost any one that does: Iron Jugulis is a great Air Slasher with high speed to take advantage of flinching, and Kilowattrel, Salamence, and Masquerain are other viable choices. Dunsparce can Air Slash with a 60% chance to flinch because of Serene Grace, although its Special Attack stat leaves something to be desired.