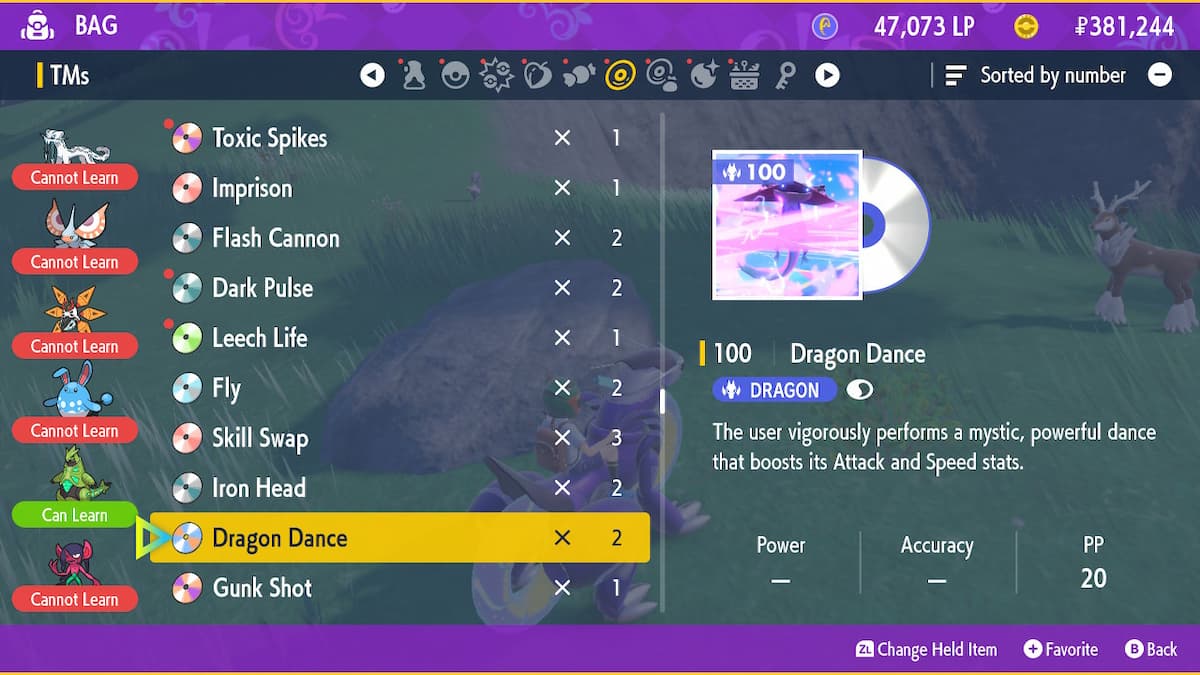 Dragon Dance is a top setup move in Pokemon because Speed is super important for seizing opportunities to attack. Without the right increased priority moves, you might just sweep a battle after raising your Pokemon’s Attack and Speed a few stages. You’re probably wondering where to find a TM for such a powerful move, so here’s everything you need to know on how to get Dragon Dance in Pokemon Scarlet and Violet.

Dragon Dance is located in North Province (Area One) near some watchtowers in the middle of a pond. There’s multiple Pokemon Centers nearby if you can’t fly to the watchtower yet. Conveniently, Swords Dance isn’t far from the watchtower either. The exact spot where you’ll find TM100 is marked on the below screenshot – the Pokeball is right in front of a circular rock.

Good Pokemon to teach this move to include Tyranitar, Iron Thorns, Dragonite, and Haxorus. Haxorus can be especially dangerous because it doesn’t have any x4 weaknesses, and it counters Fairy and Ice Pokemon with moves like Poison Jab and Iron Tail. Dragonite learns Extremespeed, so even moves that normally go first like Sucker Punch won’t stop it from taking knock outs.