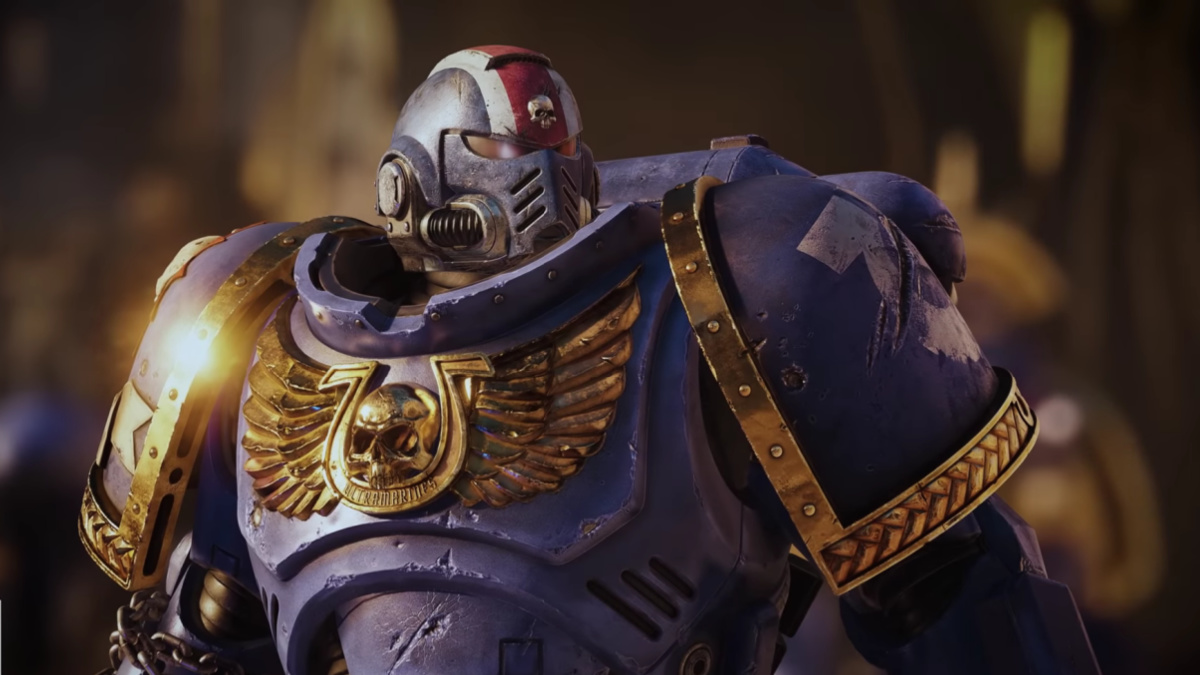 The latest trailer for Warhammer 40,000: Space Marine II puts its violent combat on full display, and it’s certainly a sight to behold.

Streamed during the 2022 Game Awards, the gameplay trailer is centered around one of the titular Space Marines as they dive into combat against hordes of aliens. This is set against another Space Marine monologuing about their duties and how they won’t yield, no matter what odds they’re up against or what threats are staring them down.

Which isn’t for nothing: In the trailer, massive hordes of alien enemies swarm across a city and destroy everything in their path. There’s easily thousands of them for every one Space Marine, and they don’t show any signs of intimidation or fear of the massive armored protectors of humanity.

Even with the numbers disadvantage though, the Marine at the center of the trailer does quite well for themselves. Using a variety of weapons, techniques and equipment, he is able to turn the hordes of enemies into exponentially more pieces of bloody gibs. This is all while the game moves at a crisp and gorgeous speed, with the game’s gorgeous graphics never dipping despite multiple enemies swarming across the screen every second.

The trailer concludes with the monologuing Space Marine reiterating that they will not falter in their duty, and as a hulking Soldier is surrounded by alien forces, he swings his hammer toward the screen.

It’s a blood-filled display of what’s to come, and fans of the series will want to check it out for themselves down below.

Warhammer 40,000: Space Marine II is currently slated for release in 2023 on PlayStation 5, Xbox Series X|S, and PC. For more on all the latest announcements made at the Game Awards, stay tuned to Twinfinite for all of our coverage as it happens.