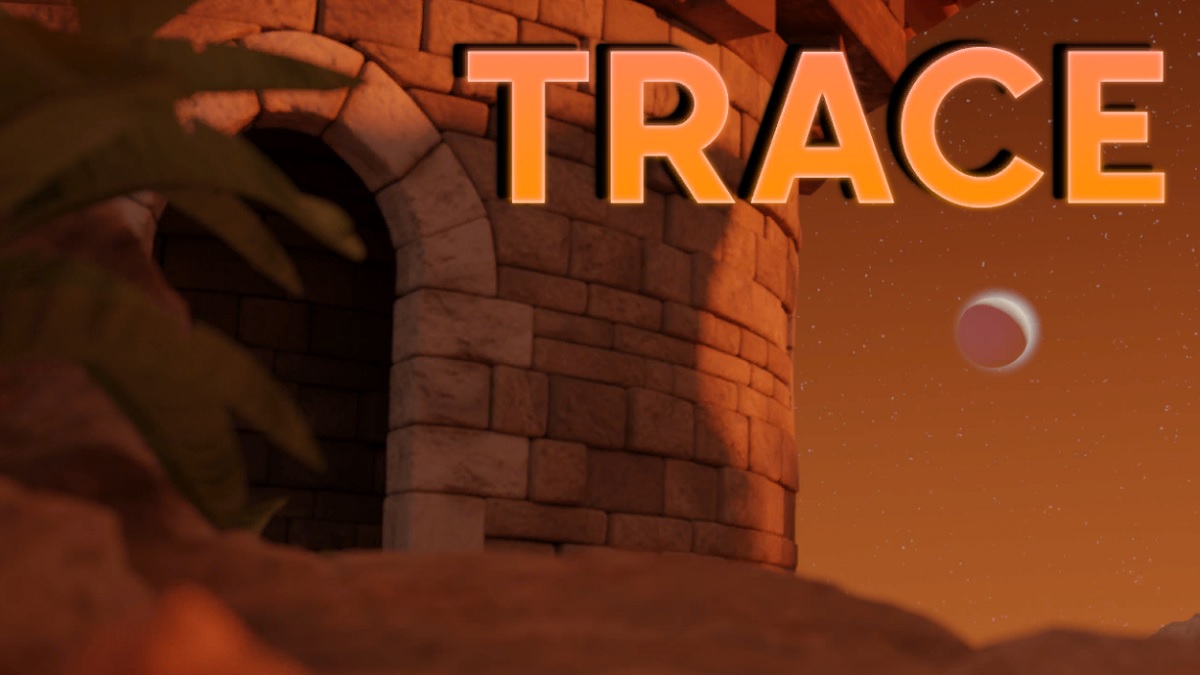 Lost in a strange, oddly science fiction world, your objective in Trace is to leave such a wondrous land. Despite the place’s interesting features, Trace features all sorts of mind bending puzzles that you need to solve if you have any hope of escaping. You have a long road ahead of you, so let’s get started with our complete walkthrough of Trace.

A Complete Walkthrough Guide of Trace

Your first objective is to unlock the door to the bathroom in order to reach the rest of the house. Facing the toilet, you’ll find a small panel near the floor with a series of colored arrows. That panel will be your ticket out of the bathroom.

Once completed, the cabinet underneath the sink will open and you can grab the key to the bathroom door, but you aren’t quite free yet. To leave the bathroom, place the key into the panel on the door and reposition the blocks so that the key overlaps the green lock.

Your next objective is to make it outside the house, into the tower nearby. To do that, let’s start by retrieving every item that doesn’t require solving a puzzle to obtain. These items include:

You won’t use these items right away, but they’ll become much more relevant later. With those out of the way, start by solving the planet puzzle at the bay window.

Now you’re on the final stretch, the last leg of the journey. Head into the tower and turn left to a dead end. You’ll see a small end table and a frame containing a similar puzzle to the one featured behind the painting of a house.

Start by completing the puzzle in the small end table. Type I DID DEEDS to obtain a Dragon Action Figure. Afterwards, complete the puzzle on the wall, starting from left to right: Downward arrow, S, squiggly line, lowercase D, and X. You’ll obtain another action figure and a key.

Head back to the porch and unlock the umbrella with the key you just picked up. It’ll unfurl, shading the nearby chair and revealing an image of a wizard’s hat. Examine the chair and take a screenshot using the Camera function to use as a reference shortly.

Go back to the tower and open the door on the first floor. See the gear on the door? Trace the image of a wizard’s hat, the same one you took a screenshot of.

Now, look up at the ceiling to find eight lights. Using the screenshot below as a reference, click on the lights in this order: 1, 2, 3, 5, 6, 7, 8, 4. With the four action figures you found, place them on the pedestal, from left to right: Phoenix, dragon, vampire, and troll. Collect the screwdriver for later.

Go back to the house and use the screwdriver on the panel underneath the shelf by the fishtank. Type in that password to access the Tower app on the PC. Completing a game of MatheMagic will help you understand the sigils needed to unlock the safe built into the desk.

What you’ll find inside is a book containing a launch date, some pictures, and a series of planets strung together with an arrow. Go to the second floor of the tower and approach the panel at the back, featuring dials with shapes. From left to right: Circle, Square, Triangle, Star, Square, Triangle, and Circle.

Match the flight plans and launch date to that of the planets and date mentioned in the book you found in the desk safe, then click GO. Return to the house and step towards the bay window.

See the pyramid? Each black spot can change colors. The trick is to match the colors to the diagram of the solar system you were shown after you punched in the flight plans. When completed, grab the top of the pyramid to reveal it’s a key.

Go back to the bathroom to find that it’s locked. Use the Pyramid Key on the door and step inside. Remove the padlock on the toilet with the Brass Key, then open the lid and you’re free!

And there you have it: a complete walkthrough guide for Trace. Overall, it’s an enjoyable experience with fantastic artwork, and quite the brainteaser. For those looking for more co-op experiences, check out the 21 best Xbox One party games or maybe you’d rather test your brain some more with the 10 best murder mystery and detective movies.