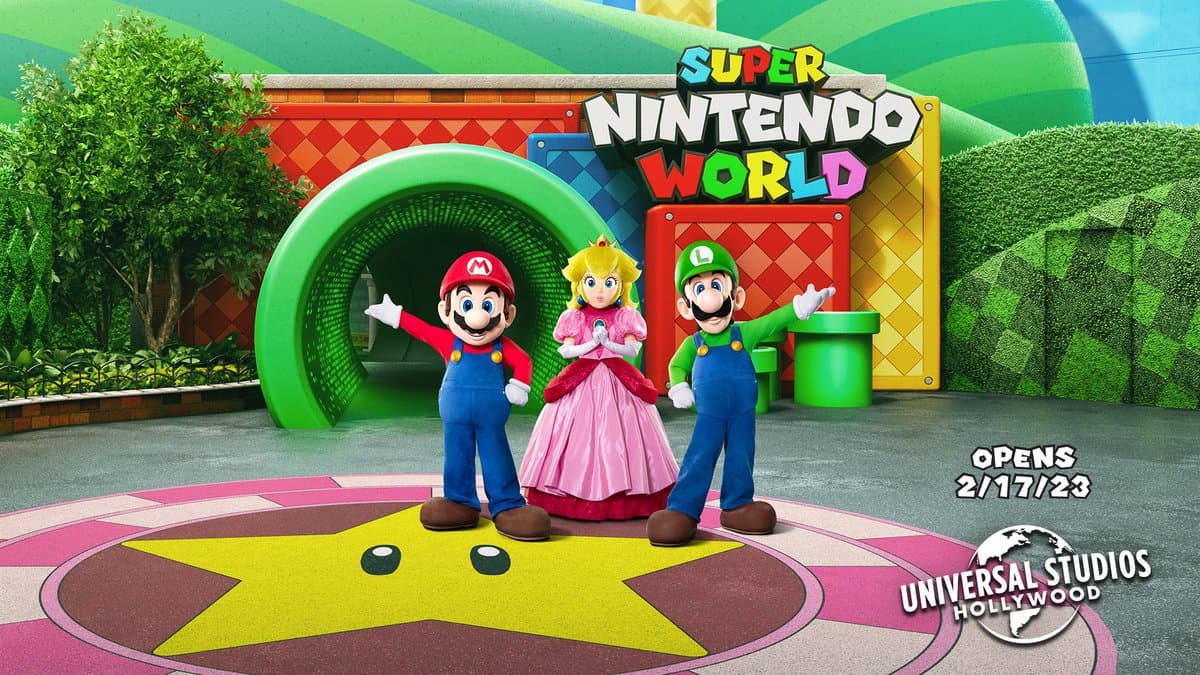 Two years after the grand opening of Super Nintendo World in Osaka, Japan, Universal Studios Hollywood will finally be opening the US counterpart to the video game theme park. While very little has been shown off about this park compared to what was revealed in the leadup to the opening of the Osaka location, the announcement tweet appears to mention a few details that are similar between the two.

Before getting into the few details shared about what will be in the US version of the park, the big news of the day is that Super Nintendo World Hollywood is currently scheduled to open its doors to the public on Feb. 17, 2023. This date is just about one month away from being exactly two years after the Osaka park opening in Japan on Mar. 18, 2021.

As for the attractions and other parts of the park, it seems like some features of the Japanese version will be present in the American one. The three parts that are mentioned in the tweet, the Mario Kart ride, Power-Up Band, and the Toadstool Cafe are all present in Osaka’s Super Nintendo World as well.

There is also a short video that Universal Studios Hollywood released alongside the grand opening announcement. The video doesn’t show off much more about the park than the original tweet mentions. However, it has some shots that look quite similar to the Osaka version of Super Nintendo World. This video can be found below.