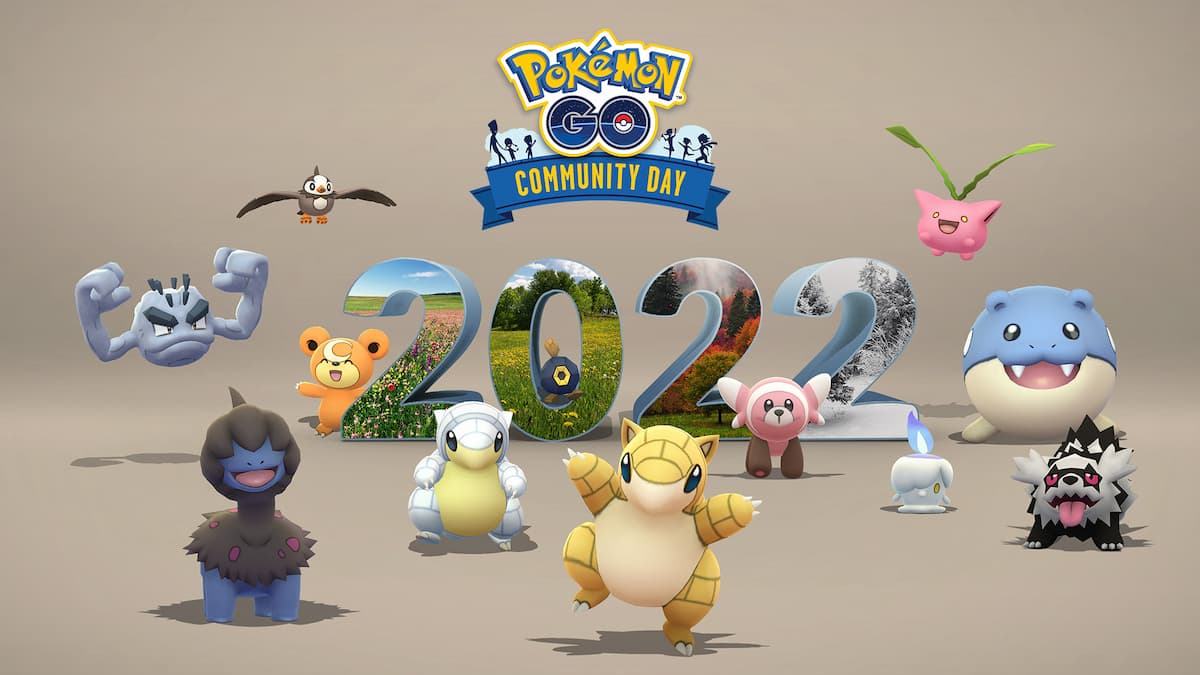 It’s the most wonderful time of the year. Like past years since Community Day began in Pokemon GO, the month of December will have a two-day long event. During this time, all previously featured Community Day Pokemon from the calendar year will be available in the wild and able to learn their event-exclusive attacks.

This time around, the December Community Days are scheduled for Dec. 17 and 18 from 2 PM to 5 PM local time. On the first day, Sandshrew, Alolan Sandshrew, Alolan Geodude, Hopip, Spheal, and Stufful will be more common in the wild. During the second day, Teddiursa, Galarian Zigzagoon, Starly, Roggenrola, Litwick, and Deino will be featured. Bulbasaur, Dratini, and Mudkip will appear in the wild on both days to celebrate the Community Day Classic events that happened over the last year.

The raids on both days will feature Pokemon from past Community Day events that didn’t take place in 2022. One-star raids will have 11 different possible Pokemon during this two-day event. The full list consists of Machop, Eevee, Roselia, Swablu, Duskull, Shinx, Gible, Snivy, Tepig, Oshawott, and Fletchling. These same 11 Pokemon will also be available in 2 km Eggs.

All Pokemon featured in wild spawns will be able to get their Community Day attacks when fully evolved during the event times. The one exception is Ursaluna which must be evolved between Dec. 17 at 2 PM local time and Dec. 18 at 6 AM or Dec. 18 at 2 PM until 9 PM. During these two windows of time, there will be a special full moon in the game’s sky.

Just like with every other Community Day event, there will be a $1 paid special research story, a set of Timed Research tasks, and a handful of bonuses. However, these bonuses are more abundant than on most Community Days.

During the December Community Days in Pokemon GO, trainers will get double catch XP, double stardust, Egg hatch distance will be cut in half, double catch Candy, double the chance for trainers above level 31 to get XL Candy from catching, Lure Modules will last for three hours, Incense will last three hours, trainers will get an additional Special Trade per day, and trades will require half the Stardust.

The original post from the Pokemon GO Team about the December Community Days can be found right here.