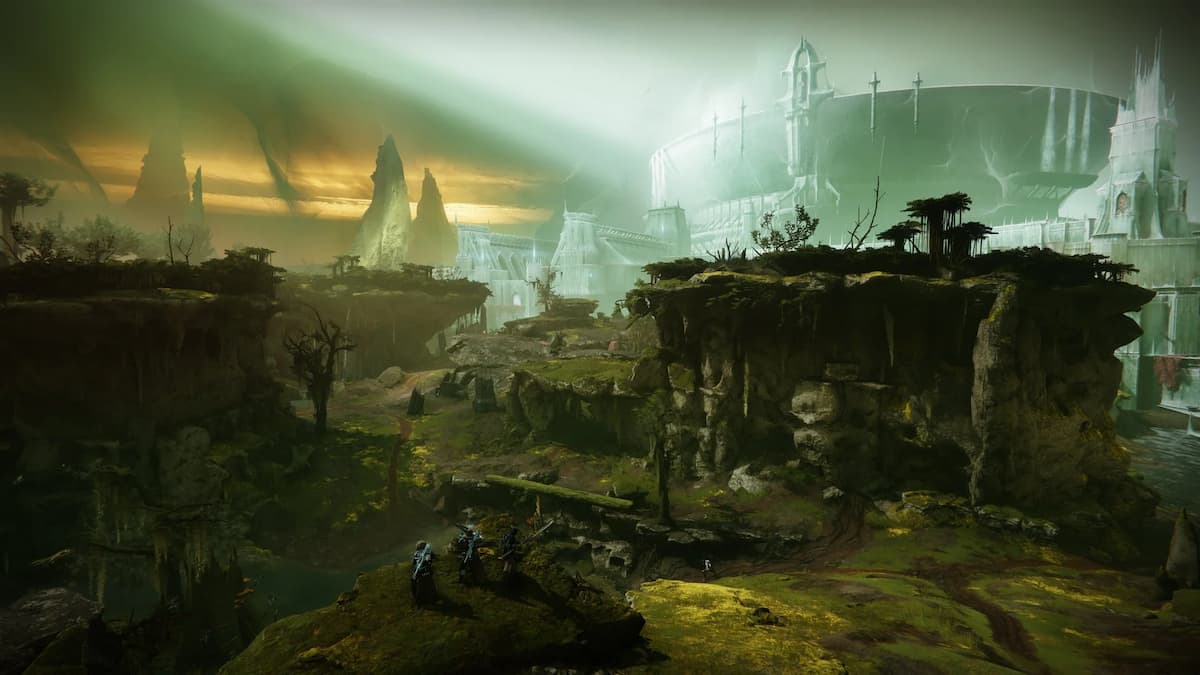 Every new expansion and season of Destiny 2 adds many things to make the game more exciting. The latest expansion, The Witch Queen, introduced a new item named Qualichor that upon collecting, would kick off an event of a lifetime with a neat Triumph attached to it. Here’s what you need to know about Qualichor, how to get it, and what it’s used for.

Qualichor is an in-game item that can only be found in Savathûn’s Throne World. In order to get Qualichor, you must have Deepsight Tier 2 unlocked, which is earned by reaching rank 11 with Fynch. To reach rank 11, simply participate in events in the Throne World such as collecting bounties, completing public events and clearing out Lost Sectors.

How to Get Qualichor in Destiny 2

Knowing what Qualichor is the easy part, getting it is not. Once you have achieved Deepsight Tier 2, you must find one of three different spawn points for a Deepsight node. These nodes are found next to a Scorn body, and they will lead you on a path that ends with a boss fight and a Qualichor reward.

Once you find the Qualichor, it’ll trigger the Memory Alembic quest line. Head back to Fynch, and the Ghost NPC will offer the mentioned quest to you, with the quest already at 12%.

In order to complete this quest, you must farm Qualichor in the locations covered in the previous segment as they contain a boss that will drop it. The other option is to farm the Inquisitor public events, that may be tricky for a solo player to complete, as it spawns increasingly difficult waves of Scorn. The catch with this quest line is you will only gain progress from these steps once per day.

Here’s where you can find the Inquisitor event. Helpful tip, the words “Lucent Hive Inquisitors in your sector” will appear when the randomly spawned event commences.

Completing this quest will reward you with Refined Qualichor. You will need to complete another Inquisitor public event, as once you complete said event, it will drop a Deepsight node. Follow the path that spawns, and you’ll encounter a spiky Hive chest. Opening the chest will reward you with the Executioner’s Hoard Triumph and a piece of Legendary gear.

That’s all you need to know on how to get Qualichor, what it’s used for and how to complete the quest line attached to it in Destiny 2. For more Destiny 2 content, be sure to check out our related section where you’ll find plenty of guides and news pieces to keep you up to speed. Check out the latest trailer for the new season, how to farm the Funnelweb and its god roll, or how to check server status at any time.