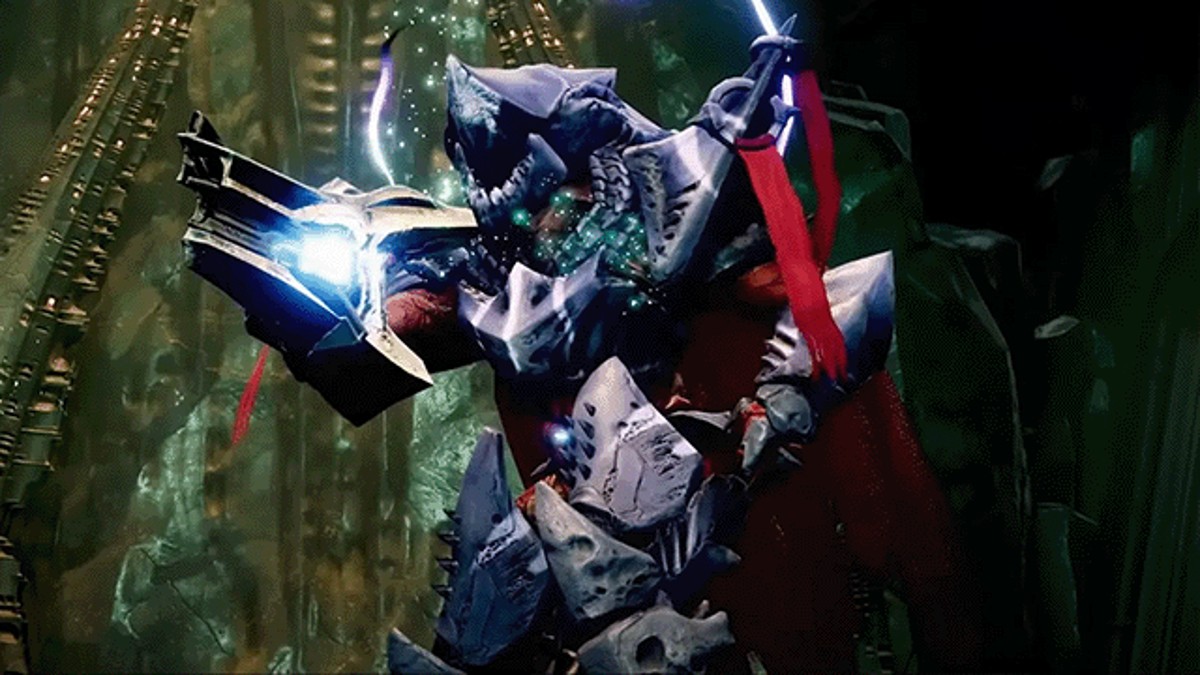 To complete the Devious Thievery challenge, players cannot hold the Brand Claimer buff for more than five seconds. This means that after killing the Blightguard Knight and picking up the Brand Claimer buff, you have five seconds to take the Brand of the Initiate from your teammate. It is an extremely difficult challenge that requires precise timing and tight coordination between the players switching the buff, and the rest of the team dealing damage to the Warpriest.

Our recommendation for this challenge would be to move as a group. Blightguard Knights spawn on either the room’s left, middle, or right side. To make things easier for the two people who need to exchange the buffs, the team should move together towards the side where the Blightguard Knight spawns. You’ll lose a few seconds of damage against the Warpriest, but it’ll ensure the challenge remains in tact.

However, if you wish to earn progress towards the King’s Fall title, you’ll have to complete the challenge on the Master difficulty of the raid. In addition to the increased power level, Champions will periodically spawn during the encounter. While the Warpriest has over 50% health, three Anti-Barrier Knights will spawn on each side of the room. Killing all three will then trigger the damage phase. Then, three Overload Taken Hobgoblins will spawn when he falls below 50% health. Aside from that, no other changes were made.

Let’s break it down one more time in a simpler format:

A common question regarding Adept raid weapons is whether or not they are craftable, like their standard versions. This time, the Master mode of King’s Fall introduced “Harrowed” weapons, essentially Adept versions of the original ones. However, in an unfortunate trend, the Harrowed versions of the King’s Fall weapons are not craftable.

Bungie stated in a previous TWAB that they were looking into making Adept Raid weapons more valuable and worth hunting for. However, that was stated six months ago when the Master mode of the Vow of the Disciple Raid had launched, where the issue had previously begun. It’s clear Bungie has not made good on their word since then, and until then, unless a player wishes to obtain them for collection purposes, Adept Raid weapons are not worth hunting for over their craftable standard versions.

How Many King’s Fall Encounter Challenges Are There?

Overzealous, for example, can be done at any point in time but gives no rewards for completing. The Grass is Always Greener, on the other hand, can only be completed during the week it is featured, and upon completion, players will be granted extra rewards. Therefore, since there are five encounters throughout the raid, each one has a specific challenge that will give you rewards.

That’s everything you need to know on how to complete the Devious Thievery Challenge in Destiny 2. For more related info and other Destiny 2 news, including frequent updates of what’s coming in the universe, check our related articles below.