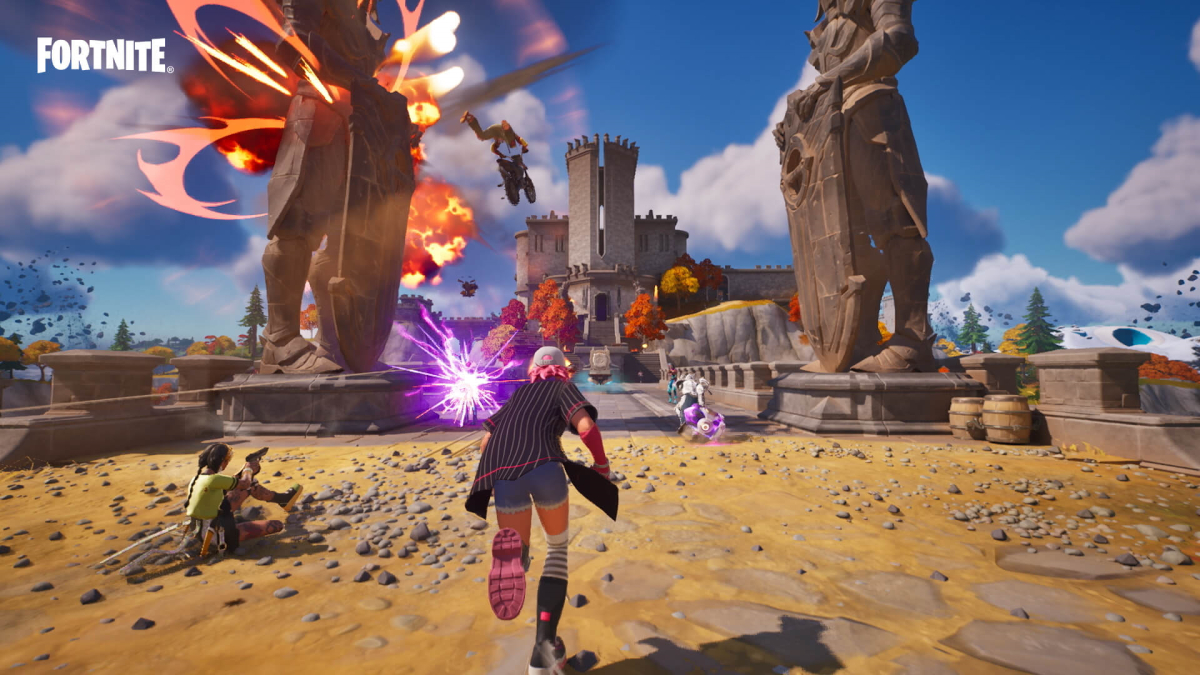 Fortnite Chapter 4 Season 1 may have brought a new island to the battle royale title, but there still a big boss enemy to fight as there was in previous seasons. Although, the new boss requires a new strategy to defeat it. Here is how to beat the Ageless Champion boss easily in Fortnite.

How do You Defeat the Ageless Champion Boss in Fortnite? Answered

The Ageless Champion can be found in the main castle on The Citadel, located in the northeastern part of the island. The Citadel is clearly marked on the map after visiting the location once.

The boss does not require any quests or conditions to trigger the fight and will be simply walking around the castle. The Ageless Champion can be identified as a knight with white armor and two health bars, one shield, and one regular health, floating above the character.

It is important to keep your distance away from The Ageless Champion because one hammer hit takes a huge chunk of health and could potentially fling you off The Citadel’s island. Try to lead the boss outside, so there is more room to maneuver and have a clearer line of sight.

Players should have a few weapons before fighting the boss with ranged weapons, such as the Twin Mag SMG and Red-Eye Assault Rifle, being more preferable. Simply maneuver around the boss, shoot when you can, and the Ageless Champion will be defeated in no time.

The fight will take much less time if partying up with teammates that are also focused on the boss. When beaten, the boss drops a Shockwave Hammer and a Mythic version of the Ex-Caliber Rifle, called The Ageless Champion’s Ex-Caliber Rifle.

That is how to beat the Ageless Champion boss easily in Fortnite. Be sure to check back with Twinfinite for Fortnite coverage or more of our guides in the links below.