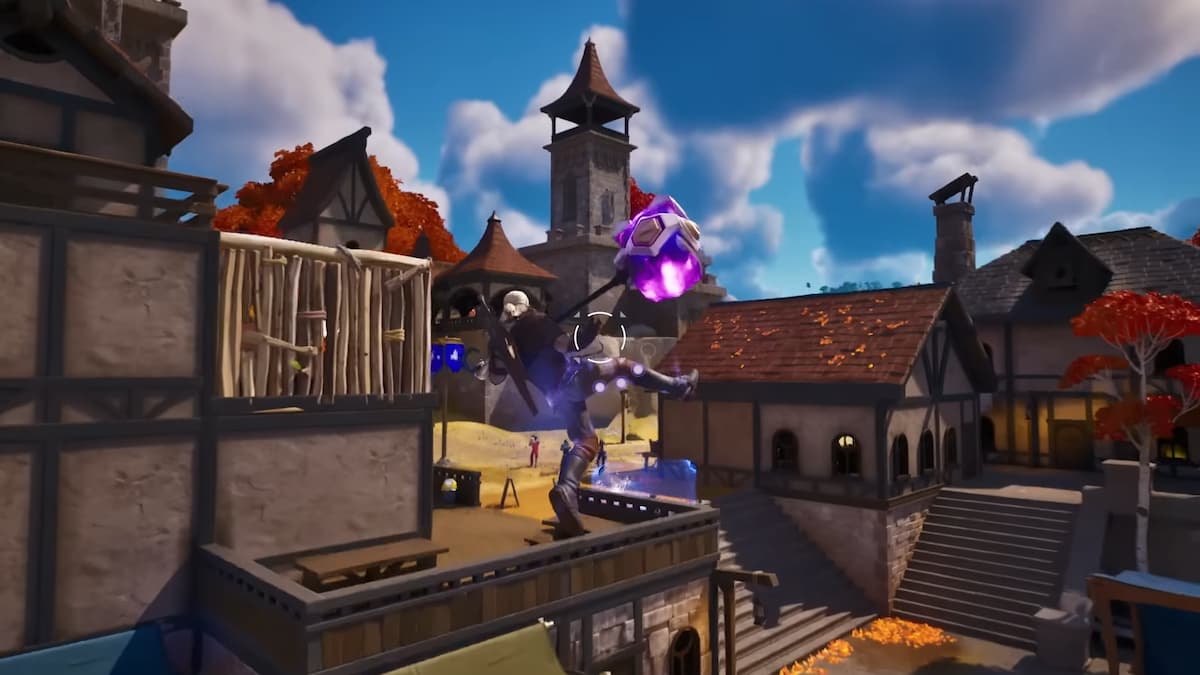 Fortnite Chapter 4 Season 1 is here, with a range of new weapons on the island. One such weapon, in particular, is a Shockwave Hammer, which is incorporated with shockwave mechanics. The hammer allows the user to launch himself and his teammates into the air. Once you’re in the air, you will have the power to smash it on the ground in order to deal damage to opponents, objects, buildings, and structures. With that said, here’s a comprehensive guide to finding Shockwave Hammer in Fortnite Chapter 4 Season 1.

Therefore, we highly recommend obtaining the Shockwave Hammer from Oathbound chests. Oathbound chests can commonly be found in the major POIs. So we suggest dropping at places like Anvil Square and The Citadel to encounter one.

How to Use Shockwave Hammer in Fortnite

Although the Shockwave Hammer is a melee weapon, its functionality is entirely different from a regular melee in Fortnite. Once you have the Shockwave Hammer equipped, aim at the ground or player and press the fire button to use it. Doing so will launch you into the air and deal damage to nearby opponents and structures.

The in-game description of the weapon states:

The new Shockwave Hammer is a great tool to help you get from one point to another faster than simply sprinting can. Next time you’re inside the storm and have a Shockwave Hammer, don’t forget to hit it on the ground to head to the safe zone in a flash.

Finally, it’s worth noting that Shockwave Hammer has four charges, and you must wait for two charges to regenerate before using it.