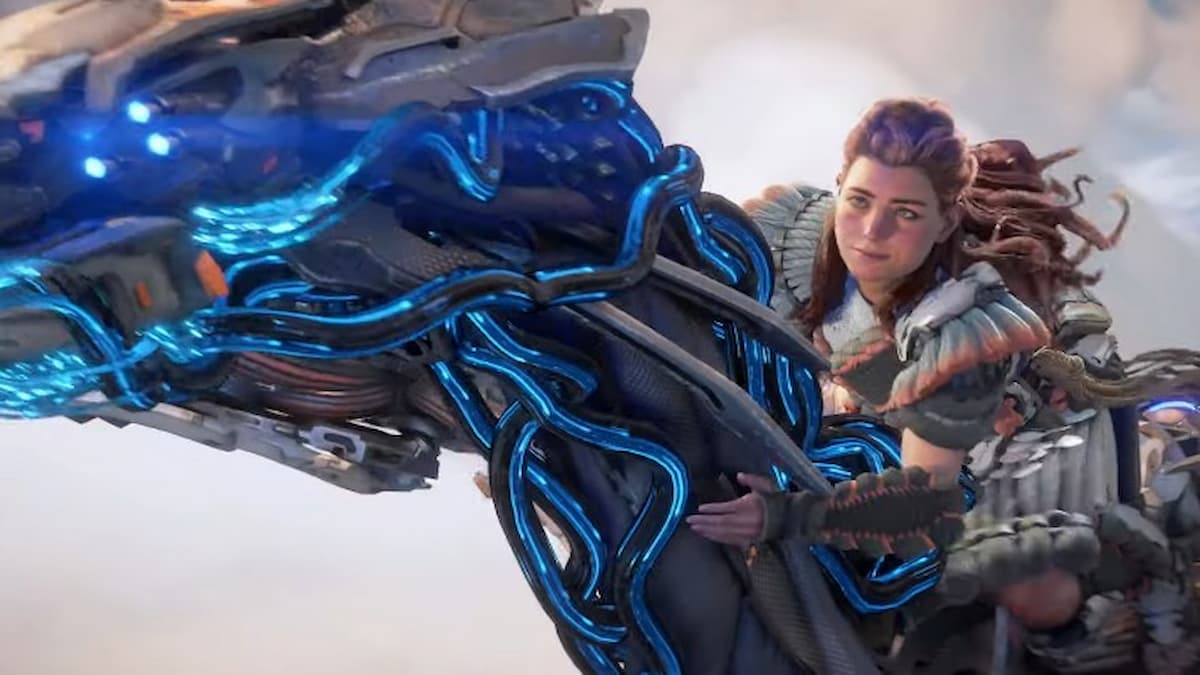 Earlier today during The Game Awards, the world got its first look at the first trailer for the Horizon Forbidden West DLC titled Burnin Shores. This reveal trailer features Aloy soaring above the clouds, fighting in the streets of Los Angeles, and a giant machine creature crashing through the oddly well-kept Hollywood sign.

Continuing on the back of her flying mount, Aloy sees more dilapidated buildings being reclaimed by greenery. At one point she seems to be flying through the tendrils of a massive machine creature, but the full thing cannot be seen immediately.

Once the camera is fully backed out, you can finally see this creature takes up most of the hill where the Hollywood sign is still in decent shape for being over 1000 years old. Sadly, the giant machine finally wakes up at the end of the trailer and absolutely destroys the Hollywood sign.

As this sneak peek draws to a close it’s revealed that Horizon Forbidden West Burning Shores will launch on Apr. 19, 2023. However, the most shocking part of the trailer is the fact that it’s revealed to only be coming to PS5. The PS4 logo was nowhere to be seen while the PS5 logo was displayed right below the release date.

If you want to check out the entire Horizon Forbidden West Burning Shores reveal trailer for yourself, it can be found below.

While you’re here, it doesn’t hurt to scroll down just a bit more to check out the rest of the reveals that happened during The Game Awards.