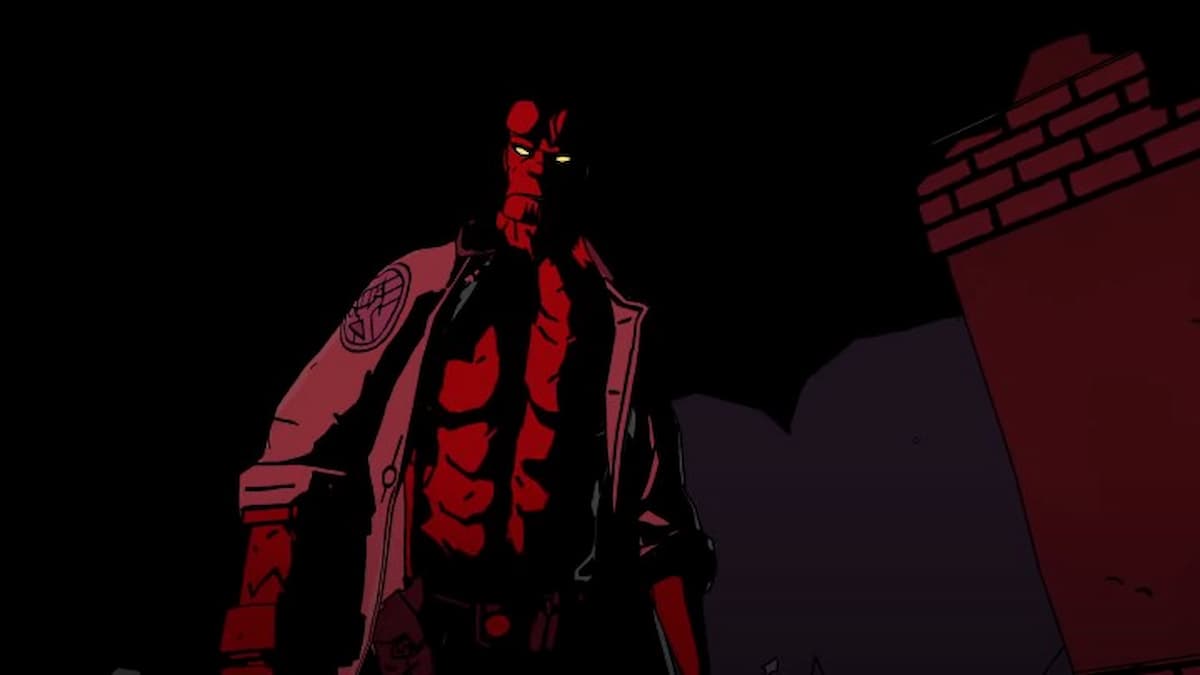 Everyone’s favorite half-demon superhero, Hellboy, is making his triumphant return into the world of video games after over 10 years. The last game focused on this character released for the iPhone back in 2009 with the title Hellboy II: The Golden Army – Tooth Fairy Terror. It’s safe to say that Hellboy Web of Wyrd is not going to launch on cell phones.

The trailer begins with some ominous narration asking, “where do you think nightmares come from?” Throughout the trailer, it shows glowing eyes, shadows, and silhouettes of a hulking beast that resembles a werewolf. When it finally emerges into the moonlight, the monster roars and attacks another figure shrouded in shadow.

The figure goes flying as the color red fills the shot and the shadowy figure is revealed to be none other than Hellboy. The hero steadies himself and begins pummeling the werewolf-like creature.

The reveal trailer shown off at The Game Awards didn’t mention a release date or even a release window, but the end showed off that the game will be coming to PS4, PS4, Xbox One, Xbox Series X|S, Nintendo Switch, and PC via Steam. It’s also available to wishlist now on those platforms. The trailer in its entirety can be found below.

If you just can’t get enough video game world premiers and first looks, then don’t forget to check out the full stream of The Game Awards below.