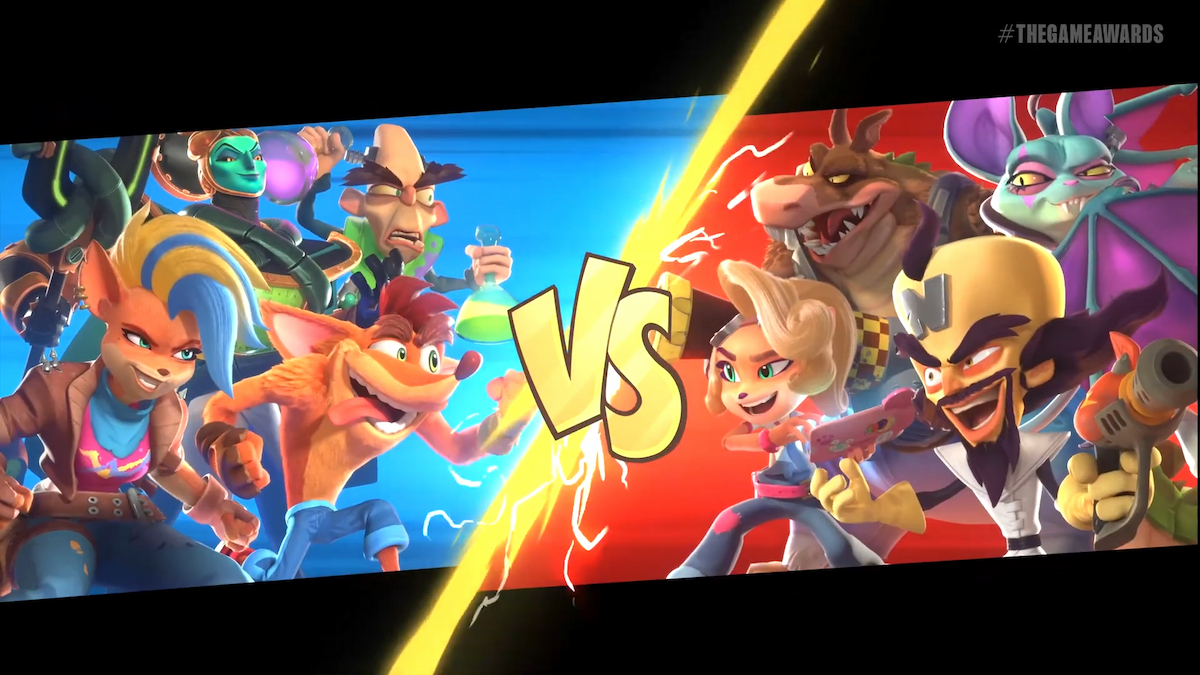 Crash Bandicoot, well, crashed the 2022 Game Awards for a heist gone wrong. However, he used that opportunity to show off the newest game featuring everyone’s favorite orange creature. The bad news is that this isn’t exactly the Crash Bandicoot 5 that fans might be looking forward to getting to play. Instead, this new game is called Crash Team Rumble and will be a multiplayer game of team versus team gameplay. We don’t currently know when Crash Team Rumble will release, as the trailer only says 2023.

Two teams of four will duke it out, playing as iconic Crash Bandicoot heroes and villains.

Crash Team Rumble seems to be like a MOBA (Multiplayer Online Battle Arena) game rather than a full-on brawler. There is some combat shown in the cinematic sections, but the gameplay is mostly just a focus on collecting fruit. We’ll surely get more of a grasp of gameplay whenever this game shows up next. Hopefully won’t be too long, as the idea of dunking on someone playing as Doctor Neo Cortex certainly is appealing.

It’s a little strange that this is how Toys for Bob and Activision choose to follow up Crash Bandicoot 4: It’s About Time. Maybe the two-year gap is too soon, considering the gap between Crash Bandicoot 3 and 4 was 24 years.

When Does Crash Team Rumble Come Out?

All we know right now is that Crash Team Rumble will be coming out sometime in 2023 for PS4, PS5, Xbox One, and Xbox Series X|S. It’s kind of a surprise that the Nintendo Switch wasn’t among these platforms.