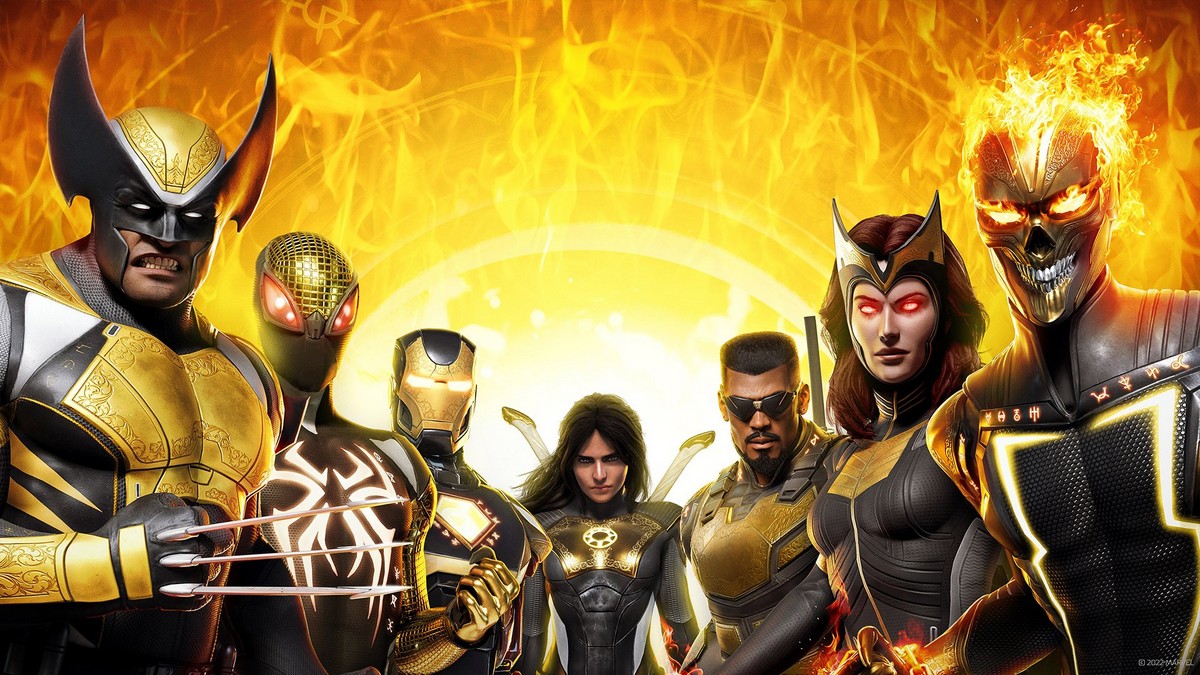 With the arrival of Marvel’s Midnight Suns, you’re given the opportunity to join the fight in pushing back Lilith and Hydra, preventing the end of the world due to mystical forces. As often as these epic clashes are in the never-ending battle against evil, the world could always use more heroes. While the game already features 13 different heroes, and more to come via DLC, expanding the party will give players more options when dealing with the enemy. Here are 10 characters we can’t believe aren’t in Marvel’s Midnight Suns.

One of the more recognizable faces outside of the Marvel movies, Moon Knight will be perfect for Marvel’s Midnight Suns by virtue of his supernatural roots. As the avatar of the Egyptian Moon God Khonshu, you already know that magical and mystical forces are nothing new to this vigilante.

With all of the powers afforded to him by a god, even Lilith will have to fear a little if this particular hero joins the rest of the roster in the game. In fact, he could easily strike fear into Hydra hearts whenever he’s on the scene, which would be very helpful.

With both Wolverine and Magik representing the X-Men in Marvel’s Midnight Suns, having Kitty Pryde along for the ride will make things even sweeter for all fans of the mutants. That, plus her close relationship with Illyana Rasputin should make for some fun story moments. Given there’s such a large emphasis on the relationships of your heroes in Midnight Suns, Kitty would be a fitting addition in this regard.

Of course, with Pryde comes Lockheed as well, and who wouldn’t want a dragon companion with them when Hydra comes knocking? Having this hero in the roster brings plenty of pros, and no cons as far as we are concerned.

It’s not just that Daredevil is making a comeback as part of the Disney+ family as well as the Marvel movies; Matt Murdock is a bonafide hero that has dealt with adversity from day one. Considering that players will be up against the occult in Marvel’s Midnight Suns, his experience dealing with The Hand should come in handy, not to mention his amazing fighting and detection skills.

Perhaps Daredevil will be able to get those enemies with Concealed using his other senses, and that will be good news for all teams in the game.

Another excellent addition to the roster in terms of melee combat would be Iron Fist. His righteous fight against all things evil, enhanced by the use of chi as well as his mystical roots, makes Danny Rand a more than capable combatant in this particular battle.

It would be easy to see him beating up on Hydra in Marvel’s Midnight Suns, dealing high damage with equally fancy Kung Fu moves, or using his pinpoint precision to exploit weaknesses.

Thanks to his debut in the Marvel Cinematic Universe via the Disney+ special, Werewolf by Night has certainly gotten more attention in recent times, and Marvel’s Midnight Suns is a great opportunity to capitalize on all of that.

After all, when you are dealing with monsters like Hydra, what better way to even the playing field than to unleash one of your own? Despite his unpredictable nature, the game has already shown how that can work with Nico Minoru, so there’s definitely means of fitting the big ol’ Werewolf in without breaking the game.

If we are talking about demons and dark magic, then Elsa Bloodstone should not be too far away. Just like Werewolf by Night, Bloodstone can be caught in the Disney+ Halloween flick, and this monster hunter should be a perfect fit for all the shenanigans going on in Marvel’s Midnight Suns.

With powerful guns and valuable knowledge to tap into, having her on the team will give a significant ranged advantage for our heroes’ fight against the evil of Lilith.

While Charlize Theron will be playing Clea in a future Doctor Strange movie, it’s also a perfect time to introduce this particular Sorceror Supreme into the world of Marvel’s Midnight Suns.

Sure, Doctor Strange is a more than competent magic user, but Clea’s mastery of the Dark Dimension will make her a formidable foe against Lilith and her cohorts. One can already imagine the possibilities when the magical couple gets together to wreak havoc.

When you are seeking to slay a god-like opponent like Lilith, who better to do it than the Black Knight, who wields the powerful but cursed Ebony Blade? The addition of Dane Whitman could make for some really interesting decisions, since the more blood shed by the blade, the more susceptible the user is to madness. While Blade is more than happy to dispatch his foes, the power brought by Whitman can be balanced with this approach to madness.

With Wanda Maximoff AKA Scarlet Witch being so central to the events of Marvel’s Midnight Suns, it seems perfectly set up for the entrance of Wiccan, her son, who also happens to exhibit the same kind of power she does. This will add one more young hero to the mix, and with the Young Avengers primed to be the next big thing, Wiccan joining the squad makes quite a bit of sense, not to mention the devastating combat potential he brings to the battlefield.

Speaking of sons, why not add the son of Satan into the equation as well? While his lineage is debatable and retconned over the years, Hellstrom still has lots to offer when it comes to magical stuff and all things demon.

Embracing his humanity despite his roots, the dark magic wielded by Hellstrom can devastate his foes. He’s also capable of protecting his allies, which is sure to come in handy during particularly tough battles. Plus, having more knowledge is also always a good thing when it comes to the occult!

And there you have it, the 10 characters we can’t believe aren’t in Marvel’s Midnight Suns. Do you happen to have a similar list of your own characters to add, or others you feel that we may have missed? Be sure to check out all the other Marvel’s Midnight Suns content below, and do let us know in the comments if you agree or disagree with our list. Until then, the fight against Hydra is never done, and we’ll see you out on the battlefield.