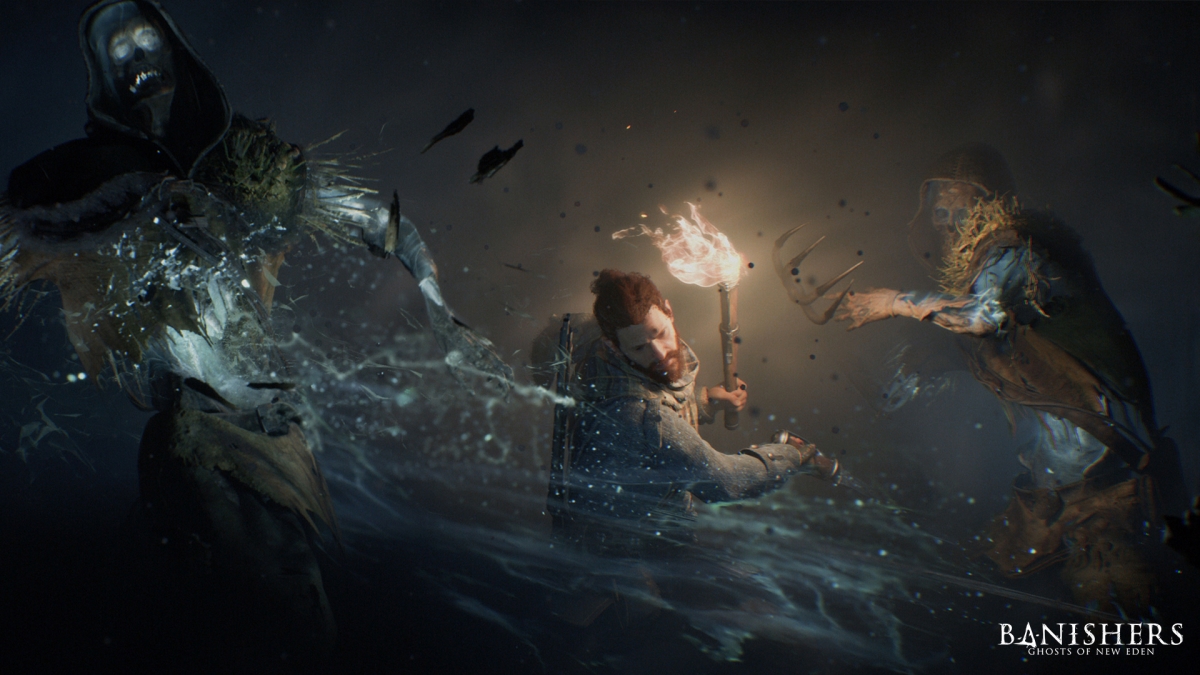 Tonight during the Game Awards presentation, a new game by the developers of Vampyr and Life is Strange was announced. Focus Entertainment and DONTNOD have collaborated to create Banishers: Ghosts of New Eden, and we got our first look at it in a two-minute-long trailer.

Banishers: Ghosts of New Eden is an action RPG with a focus on an intimate narrative. You’ll play as Antea and Red, two ghost hunters (who also happen to be lovers) who are faced with impossible to make choices with consequences for both the living and the dead.

Of course, like most games by developer DONTNOD, the game will take place in a supernatural setting where you as the player make morally ambiguous choices that will affect the characters and story.

New Eden, 1695. Antea Duarte and Red mac Raith are lovers and Banishers, ghost-hunters who vowed to protect the living from the threat of lingering ghosts and specters. Following a disastrous last mission, Antea is fatally wounded, becoming one of the spirits she loathes. In the haunted wilds of North America, the couple desperately searches for a way to liberate Antea from her new plight.

Immerse yourself in a beautiful, intimate and powerful story between two fated lovers. As Banishers, enter the lives of New Eden’s communities and solve haunting cases in a mystical, lore-rich world plagued with supernatural creatures and ancient secrets. Use your wits or combine Antea’s spiritual powers and Red’s arsenal to defeat and banish the souls tormenting the living. Challenging decisions will lay on your path, dramatically impacting your story and the fate of New Eden’s inhabitants—be they living people or wandering souls. How much will you compromise your ghost-hunting vow for the sake of your lover who became one of such spirits?

Banishers: Ghosts of New Eden will be released near the end of 2023 for PlayStation 5, Xbox X|S, and PC. You can watch the world premiere reveal trailer from the Game Awards below.