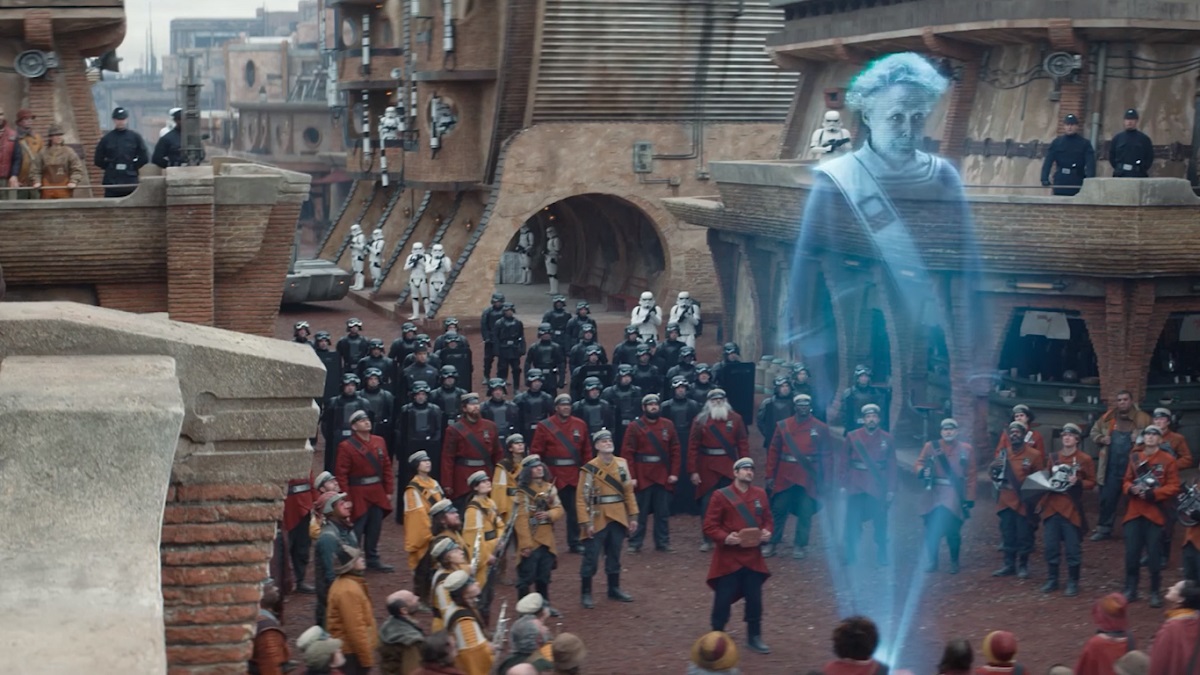 Syril Karn is a persistent character in Andor who continues to pursue justice for Pre-Mor employees when all signs point to moving on with his life. In the show’s finale, he flies to Ferrix for Maarva’s funeral, but what’s the point? Here’s everything you need to know on why Syril Karn travels to Ferrix in Star Wars Andor.

Why Does Syril Karn Go to Ferrix in Andor’s Finale?

The reason for Syril’s impromptu trip to Ferrix is a misguided belief that he can capture Cassian Andor without a squad of troopers to back him up. While Maarva’s death is likely to bring Cassian back home, he’s a sneaky guy, especially on Ferrix. He’s also handy with a blaster – making Syril’s chances of success quite low. When he runs into the ISB and garrison troopers, he realizes he won’t get close to Andor, but a different opportunity presents itself to him.

When a riot breaks out and a bomb goes off, Syril sees Dedra in danger and pulls her away from an angry crowd attacking her. She recognizes him from their last encounter on Coruscant, and may reward him for saving her with a low level position in the ISB. Given he has a background in security, that might work out quite nicely indeed.

That’s everything we have on why Syril Karn goes to Ferrix in Star Wars Andor. Check out some of our other Andor content like season one’s best moments, who is Davo Sculdun, and some reasons why Star Wars should follow Andor’s example.