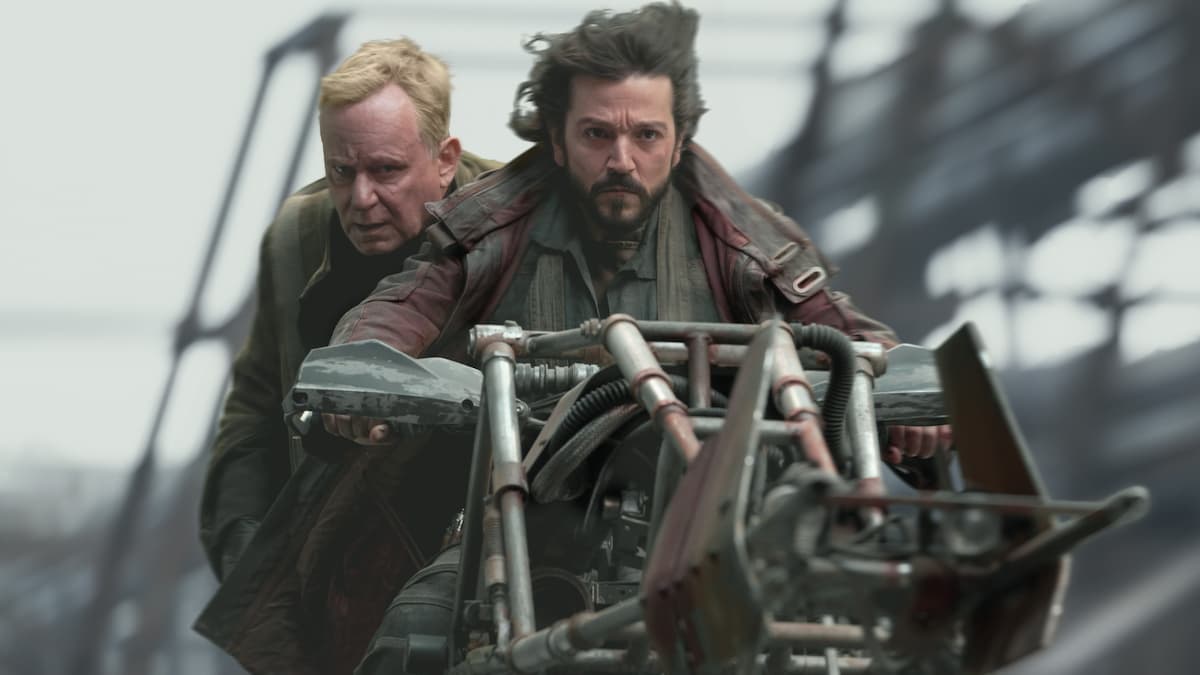 Andor has been a different kind of show for the Star Wars Universe. A show more mature and less related to aliens, Jedis, and the force; a show where its lead character shoots first and asks questions later; and a show with tattoos, implied sex, and more morally grey characters.

All of this has been possible because Tony Gilroy, a renowned screenwriter and director (co-writing Rogue One and writing and directing Michael Clayton and The Bourne Legacy), is more interested in its characters’ conflicts and motivations than in the Star Wars canon.

In Andor, Gilroy has created a different kind of series in the Star Wars Universe, showing why there need to be more tv series and movies in the galaxy trying to push the envelope. Here are five reasons Star Wars need to be more experimental like Andor:

Andor has played in many genres during its run: political, heists, and prison breaks, while most of the other Star Wars Disney+ shows have been in the adventure-action genre. The George Lucas-created universe should start experimenting with new genres, as it would get new kinds of stories, points of view, and diverse characters while enriching the whole universe.

Not everyone is fighting the Empire, but all of them are being affected by its power in different ways. There are many stories to be told: It might be very hard to be a high school kid and get a prom date when the Empire is trying to conquer your planet; an underdog story about a pod racing driver; a thrilling Alien-inspired scare with some strange new species; or even an Indiana Jones inspired character who is looking for Jedi antiquities.

The possibilities for new shows and genres in Star Wars are limitless: Succession in space with the people who created the hologram-filled communication; a sitcom about bad StormTroopers in a Brooklyn Nine-Nine kind of way; a How I Met Your Mother sitcom where some friends have coffee with blue milk while making jokes about their love life…

The Expanse proved that a space show could have many genres, as each season of that series centered on a different one; and even the MCU has learned to do this, as every movie and show tries to be a different thing and genre. Star Wars should do the same.

New genres and styles could bring rich new stories, points of view, and life experiences to the Star Wars Universe, and with them, exciting new characters that could appear in other future Star Wars properties. The animation side of Star Wars created unique new heroes some time ago, and now they’re reaping their rewards as characters like Asoka will appear in the real-life universe.

All those possible new shows could create characters that the fans could fall in love with and would follow their stories. Andor itself is a spin-off show from Rogue One, a movie that draws perfectly every one of its characters and made them so uniquely different from most Star Wars heroes that any of them could lead its own show.

Many writers, directors, and actors have watched Star Wars movies since they were kids and would do anything to work in this universe, and that’s a good thing. The problem is that, sometimes, so much reverence for Star Wars can bring stale ideas, as those artists are afraid to change the canon and ruin it for everybody.

Andor has proved that a writer more interested in what it means to create the Resistance, and politicking maneuvering, can also play in the Star Wars sandbox and make it richer. What would a Steve McQueen (12 Years a Slave) tv show in the Star Wars universe be? And a Greta Gerwig’s (Lady Bird)? And a James Wan (Insidious)? It’s impossible to know, but it would be incredibly exciting to watch them try it.

The same goes for actors; Stellan Skarsgard has done great work in Andor as Luthen Rael, a character that is more Sheakspearian than your typical Star Wars good guy. Wouldn’t it be interesting to see what Michael Fassbender, Meryl Streep, or Saoirse Ronan could do in this universe? They would probably need great, unique directors to share their vision and, together, make new amazing Star Wars stories.

Henry Ford used to say that if he had asked people back then what they wanted, they would’ve answered a quicker horse. The same goes for entertainment. People always say they know what they want, but it’s not always true, as one of the biggest criticisms of the new trilogy of films, especially the JJ Abrams ones, was that it was the same as the original, remixed.

Something similar happened with The Book of Boba Fett: the show might’ve worked better if the Mandalorian didn’t exist, as both characters have similar backgrounds. That’s why the best part of the show was when Boba Fett lived with the Tuskan Riders, learning their way of life, as it showed something new and unique, giving fans a new understanding of that strange race that had been appearing since the start of the whole saga.

Expanding the Universe & Its Stories

For a universe with sentient robots and all kinds of alien species, it’s a shame that we’re always talking about Skywalkers and Jedis. There are a lot more stories to tell; the incredible imagination of George Lucas was the biggest asset the whole franchise had when it started, and it hasn’t been explored. Where are the nonwhite characters, gays, trans, aliens of all kinds, and robots as leads?

Andor has given more respect and humanity to B2EMO than most shows have given to their robots ever. In Rogue One, K-2SO has deleted its programming and is a sentient being; that conflict, as it was a slave before, should be enough for a show. There are all kinds of characters to be explored: worlds where there are nonbinary genres; or full alien races that can be used as a metaphor for some of the problems in our real world, and there are all kinds of artists waiting to tell those stories, as Andor did.

Creating more experimental shows would help the whole Star Wars Universe be more complete, diverse, entertaining, and unique. A universe that can speak to all the fans while also creating new ones. Andor has opened the door to all these possibilities; let’s hope that Kathleen Kennedy and the rest of the decision-makers decide to cross it.

Now that you know five reasons Star Wars need to be more experimental like Andor, you can look for more Andor guides and features in Twinfinite, from the sacrifice of Kino Loy, to what kind of droid is B2EMO, or what planet is Kassian Andor from.