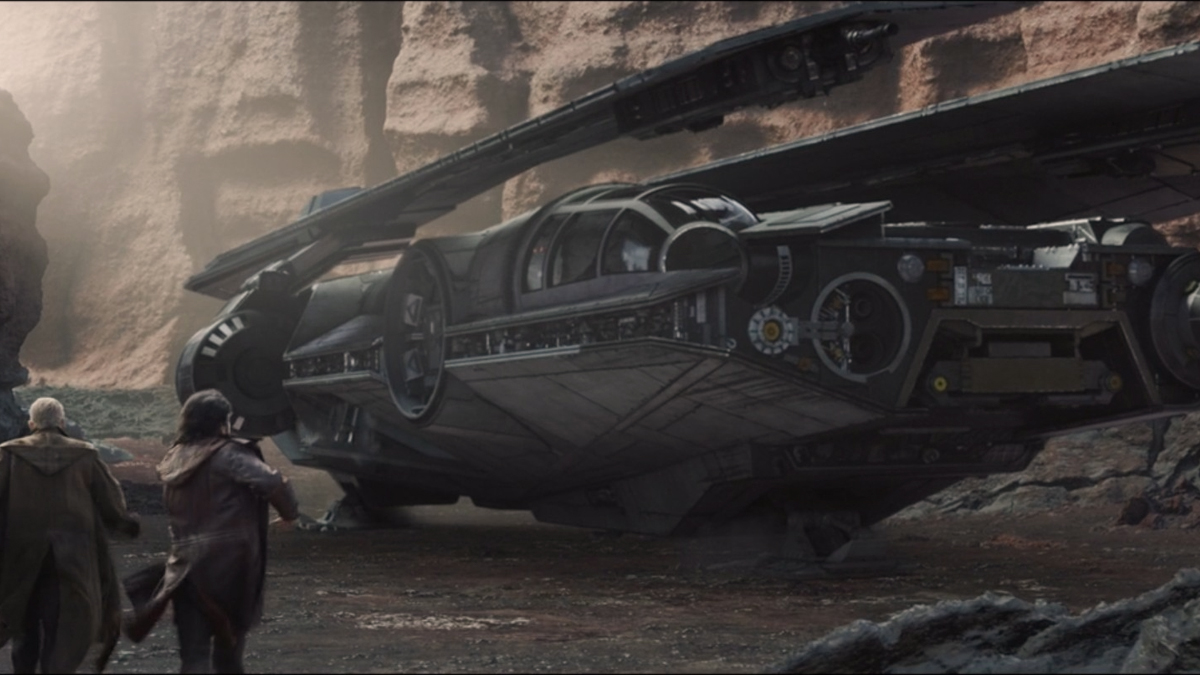 Luthen’s ship has been highlighted several times in the Andor series and shown to have some remarkable power behind it, being able to speed away and navigate quite efficiently and quickly. In Episode 11, the ship was shown to have a fantastic weaponry set, that of two lasers that emit from the sides, that are incredibly similar to lightsaber emissions which has many people asking what type of ship does Luthen fly in Andor?

What Are the Red Lasers That Look Like Lightsabers on Luthen’s Ship?

Luthen’s ship is a Fondor Haulcraft, named after the Fondor Shipyards where it was manufactured. The shipyards have been in Star Wars lore for a long time, mostly in the Legends Expanded Universe. The craft is a civilian transport/freighter craft placing it in the same class of vessel as a Corellian YT-1300, more affectionately known as the Millenium Falcon.

Since this type of craft typically transports material throughout the galaxy and is a civilian ship, it is ideal as a covert means of travel across the galaxy while the Empire is watching. As a bonus, much like the Falcon, the Fondor is a heavily modified civilian freighter outfitted with an extremely powerful hyperdrive that can quickly escape a system if trapped by Imperial forces.

The ship has also shown itself to be highly maneuverable to evade capture and targeting systems similar to the Falcon, perhaps even more so as a smaller and lighter ship. It also sports a droid-powered hyperspace navigation system that can create transponder IDs on the fly to hide their identity.

Civilian ships, let alone freighters, are not equipped with any weapons system; however, their designs make them easy to modify and retrofit. This modification began long before the Empire by smugglers, thieves, and bounty hunters to defend themselves when confronted by a blockade or anyone else interfering with their business while maintaining a noncombatant facade.

The Fondor takes this to new heights with weapons we have not or barely seen in Star Wars before. It does have concealed laser turrets that the pilot can fire with pinpoint accuracy while maneuvering, but this is one of the more common types of weaponry. In Episode 11, we saw another hidden weapon that fired out dozens of projectiles meant to destroy more fragile equipment on a ship, like its tractor-beam emitter. The fun (and power) doesn’t stop there.

Just when Luthen seemed surrounded by TIE Fighters, two compartments opened up on either side of the ship, and a tube with a red glow popped out. After what appears to be a charging sequence, two lightsaber-like blades fire out from the tubes, and Luthen rolls his ship in a tight spin, creating a similar effect to a spinning lightsaber of an Inquisitor, destroying the TIE fighters.

This potent weapon harkens to weapons like the Death Star and the Death Star-like equipped Star Destroyers in The Rise of Skywalker. This could mean Luthen’s ship is powered by kyber crystals, which we know he has access to, considering he gave one to Andor early in the series. What is even more intriguing is its color; red. There is a theory here that will be discussed another day in another article.

And now you know everything about Luthen’s ship in Andor. Check out our other Star Wars Andor related content, such as who Davo Sculdun is, whether Kino Loy escapes Narkina 5, and if that was Padme’s Headress in Episode 10 of Andor.