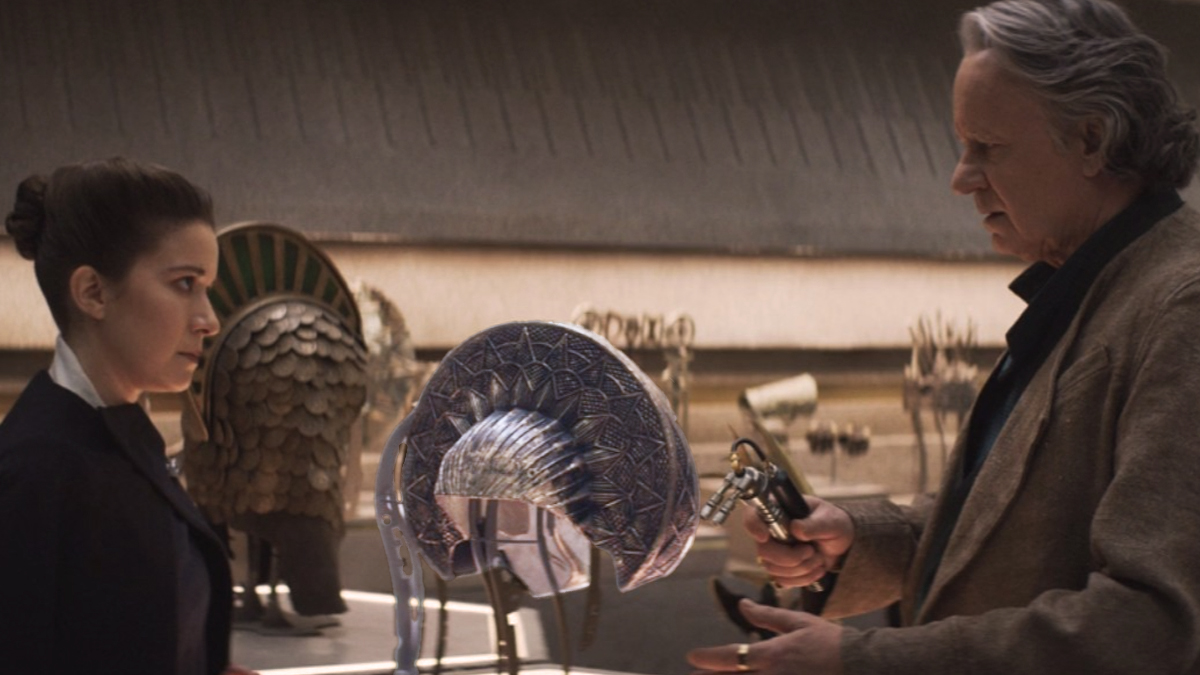 Luthen Rael’s shop has been full of Star Wars easter eggs since it first appeared in Andor Episode 4, ranging from Mandalorian beskar armor to slabs of carved stone from the planet Mortis referencing the World Between Worlds. But the most recent Episode 10 had a piece front and center, prompting many fans to ask, was that Padme’s Headdress in Andor?

Does Luthen Have Padme’s Headdress?

The show, while displaying it clearly in the center of the scene, does not explicitly confirm if it is indeed Padme Amidala’s headdress; however, the apparent exactitude cannot be denied. Coupling the accurate and identical appearance with the fact that Naboo fashion is elegant and typically handmade for the wearer, the odds are it most likely is Padme’s headdress. There are other canon and in-universe reasons to help confirm this.

In Andor, Luthen’s shop is a highly high-end and exclusive boutique catering to Coruscant’s wealthy and elite clientele. The items he carries are typically extremely rare and, sometimes, one of a kind.

A mass-produced or easy-to-find piece of headwear would not be something he carries, so one worn by the “Princess Diana” of the Star Wars universe definitely fits the bill. By looking at most of the other items that have been identified, he seems to also specialize in Clone War-era artifacts, such as a Gungan shield, a Wookie battle helmet, and the Utapau cudgel he shows to Mon Mothma.

Luthen’s inventory of Clone War-era artifacts is not the first time an in-universe fascination with items from the time period is shown to be coveted. In the 2017 Star Wars: Thrawn novel by Timothy Zahn, Thrawn takes a fascination with finding and collecting Clone War artifacts like a buzz droid and hyperdrive ring, and it is noted in the book that there is a large market for artifacts from that time period.

While we cannot confirm for sure the headdress is the one Padme wore, we can at least tell you it is very plausible that Padme’s headdress was in Andor. Be sure to check out our other Star Wars-related content, such as a theory on Saw Gerrera’s madness, who Davo Sculdun is in Andor, and what happened to Yaddle in Tales of the Jedi.