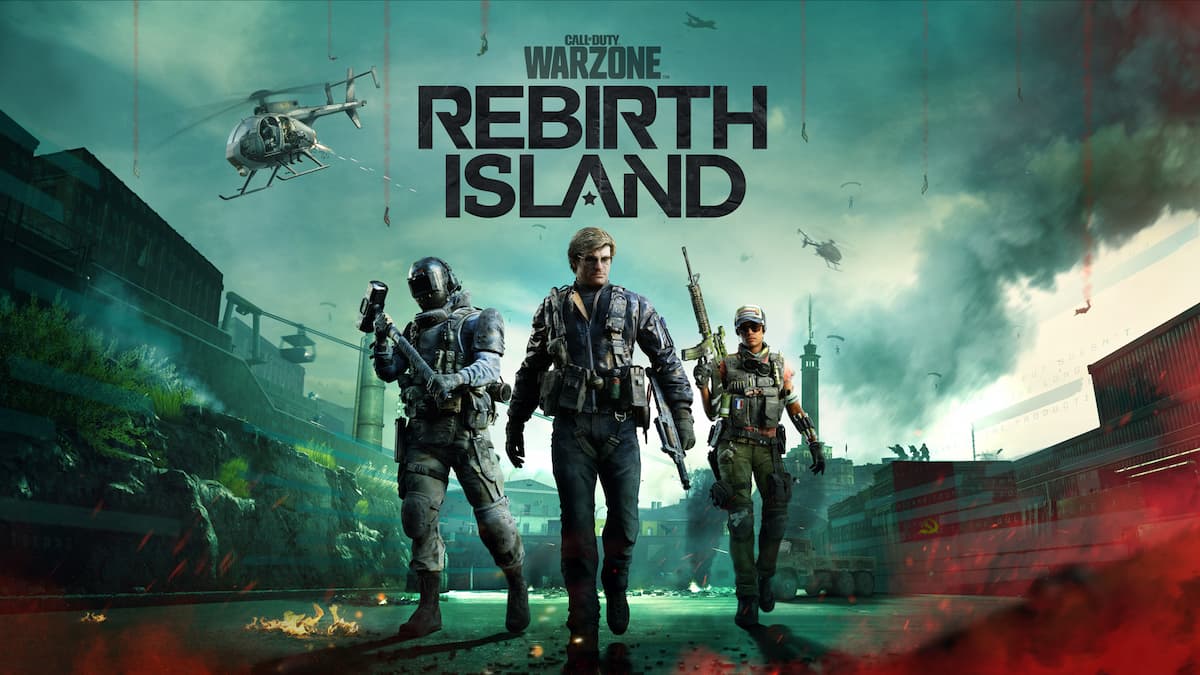 It’s been little over two weeks since Warzone 2 launched, and unsurprisingly Call of Duty: Modern Warfare II’s battle royale spin-off has proven hugely popular. How could it not be, after all? Its predecessor was one of the biggest in the world until it was taken offline in tandem with Warzone 2’s arrival, essentially forcing players over to the new game. But not for good: the original Warzone is going back online later today, rebranded as “Caldera” and giving players a chance to return to their old stomping grounds. Sadly, though, not with the smaller Resurgence Rebirth Island map included in the playlist.

It’s a particularly touchy subject for Warzone fans, many of whom absolutely adored Rebirth for its smaller, compact design that encouraged a faster playstyle and resulted in a more intense battle royale experience. Why Activision hasn’t opted to make it available in the newly rebranded Caldera hasn’t really been made clear; we only know that it isn’t being included, and there are no plans for it to return in the near future.

A quick bit of research across corners of the internet where fans often make their voices heard –Twitter, Reddit, and other forums– suggests that many believe it would see a mass exodus from Warzone 2. Indeed, for all the buzz over Modern Warfare II and Warzone 2, there does seem as though there’s discontent over the way this new Call of Duty iteration plays: it’s slower-paced in terms of movement, has a higher TTK (save for the sniper rifles), and the Al-Mazrah map has mixed reviews. Not to mention all the bugs and glitches that have plagued the game’s launch.

The bottom line is that many Warzone players appear to be hankering for a return to old ways, and the promotion of Caldera’s launch later today only serves as a reminder that Rebirth isn’t coming back. At least, it won’t be any time soon.

Even though Activision has been sheepish about Rebirth disappearing from Warzone/Caldera and developers Infinity Ward hasn’t mentioned a follow-up for Warzone 2, there’s reason to believe a smaller BR map might be on the way for 2023. It would make sense, for one thing, given the obvious yearning for a new, smaller map there clearly is, but there’s more, too: well-known insider Hope earlier this year claimed that a Rebirth 2.0 was in the works:

As you can see above, Hope believes that a Rebirth-style map is coming midway through next year, and then another map (presumably a larger one) will also launch towards the end of 2023. Of course, none of this has been verified officially, but it’s easy to believe, given the typical release cadence and aforementioned interest in new BR maps among Warzone 2 players.

So, where does Hashima Island fit into all this? Well, if I’ve lost you at this point, then let’s recap: Hashima Island is a real-world location, just off the Japanese mainland. It served as a fortress island during the 20th century and bares a striking resemblance to Rebirth Island.

Many believe it served as inspiration, in fact, and we’ve seen all sorts of whispers and leaks across the internet suggesting it will also serve as a basis for a Resurgence Rebirth in Warzone 2. That stems not just from its appearance but a coded message from the original Rebirth that reads:

And guess what Hashima Island was before being transformed into a fortress? You guessed it, a phosphorus and coal mine!

Still, this is all wild speculation beyond that vague link. It does make for a cool bit of daydreaming, though, doesn’t it? Hashima Island really does look about as close to an IRL battle royale location as you can get — no surprise it’s been used as a set for movies like Skyfall.

Keep in mind that when it launches, it will remain separate from CoD MW2 and Warzone 2. You will not be able to use any skins or weapons from either game.

So there you have everything there is to know about Warzone Caldera and the unfortunate lack of Rebirth Island. Hopefully, the notion of a Resurgence-style experience in the shape of a possible Rebirth 2.0 next year, possibly based on Hashima Island, will take some of the edge off. Until then, check out Twinfinite’s related content listed below.