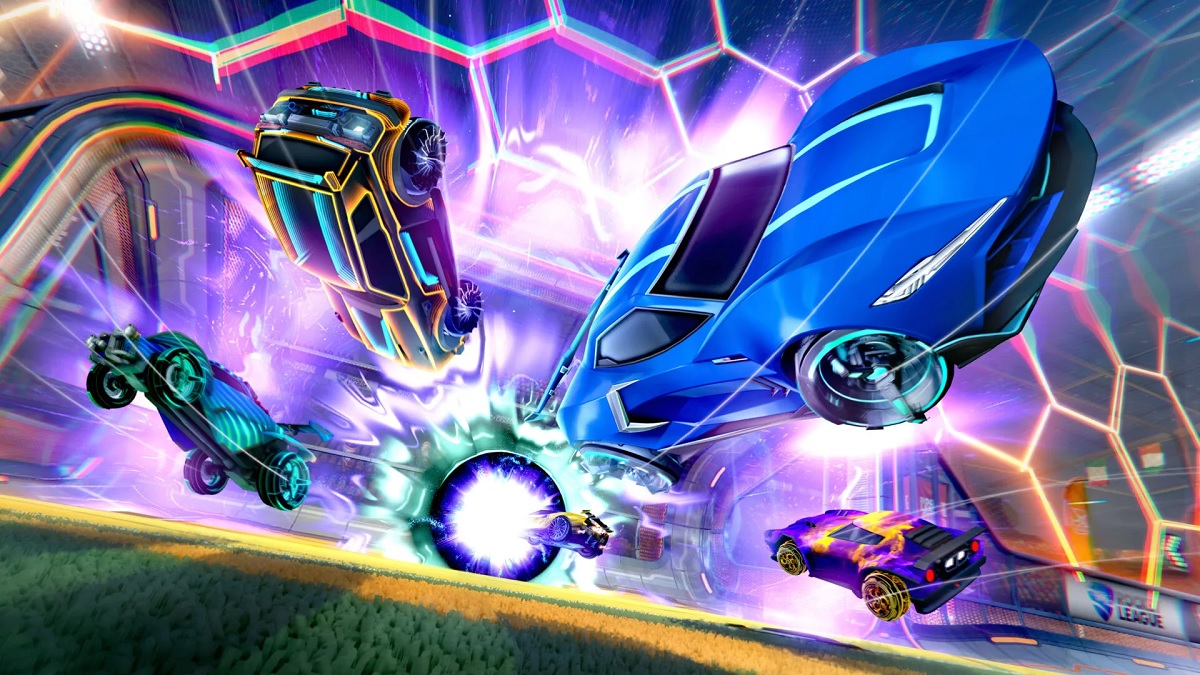 There’s nothing worse than you and your friends each purchasing the same game, only for one or more dropping off to play something else shortly after. It’s disappointing and costly, to say the least, but you still want to find something to play together. With free-to-play games being more readily available than ever, you and your friends can quickly find something new to play without ever spending a dime. A good place to start is with the top 15 best free co-op games to play with friends and family.

Final Fantasy XIV has come a long, long way since its initial release which, to put it lightly, was a travesty. If that’s your only memory of FFXIV, put it out of your head because FFXIV is no longer the mess that it used to be. In its current form, Final Fantasy XIV is up there as one of Square Enix’s strongest games.

FFXIV approaches the MMORPG genre in a very different way by putting story front and center. It feels very much like a single-player game when you follow the story, but multiplayer is always within reach. It has the dressings of an MMORPG, too, like raids, dungeons, PvP, but with a class system that is rich, rewarding, and never boxes you into one role.

Welcome to Teyvat, Traveler, a beautifully designed anime-inspired world chock full of creatures to battle, quests to complete, and places to visit. Unlike other open-world titles, Genshin Impact does what few do: the option to play co-op with friends without turning into an MMO or adopt aspects of a survival genre.

You’ll have to play through some of Genshin Impact before co-op is unlocked, but don’t that dissuade you. It’s an opportunity to get acquitted with the game so that when you and up to three buddies are ready to go, you won’t have to do a bunch of explaining or waiting around. As for how Genshin Impact unfolds in co-op, it’s the same as single-player—explore the world, do quests, complete dungeons, and find loot!

Who doesn’t love dumb fun in video games? That’s what Team Fortress 2 is—dumb fun for everyone, and how can it not be? It’s colorful, has goofy-looking characters, and very welcoming to casual and competitive players. Best of all: you can still play and enjoy Team Fortress 2 on a potato.

Team Fortress, to this day, still receives updates and content, too; it hasn’t gone stale. There are nine classes to choose from, each of which fall into one of three roles: offensive, defensive, and support. You’ll have 11 game modes to choose from, like Payload Race and Mann vs. Machine, featured across dozens of maps.

Despite how Lost Ark looks at first glance, it is, by all accounts, an MMO, but adopts various gameplay elements from other genres. It has the tight action and camera angle of Diablo, a hammy and campy story, and great art style. It’s actually impressive how good this game looks and plays for a free-to-play title.

It has the dressings of a typical MMO—dungeons, raids, crafting, PVP—but it’s really the combat that glues everything together. Regardless of which class you play, you’ll love stringing together combos with flashy effects and big damage. Better yet, the combat has this arcade-like quality to it, one that’s easy to get lost in the rhythm.

What Overwatch did for the hero shooter formula can’t be overstated; it introduced so many unique and distinct characters that there are at least a few heroes that fit your play style. In comes Overwatch 2, which does everything its predecessor did only better and with more content and polish. Also unlike its predecessor, Overwatch 2 is free-to-play.

If you and your friends have little to no experience with hero shooters, Overwatch 2 is a fantastic place to start, especially if you enjoy fast-paced combat featured in first-person shooters like Call of Duty: Modern Warfare 2. Maps are relatively small, every hero has unique abilities and skills, and Overwatch 2 is very welcoming to players of any skill level.

Developed by the same studio that gave us Titanfall, Respawn Entertainment captured lightning in a bottle with Apex Legends. Rather than being just another cookie-cutter battle royale, it blends together the parts of battle royale with the DNA of a hero shooter. It’s as if Overwatch and Fortnite had a baby, though that comparison doesn’t quite do it justice either.

Apex Legends features nearly two dozen characters to choose, each with their own strengths, weaknesses, and unique abilities. You skydive into a map, locate weapons and armor, group up with your team and take out enemies in an ever-shrinking map. Best of all, the game supports crossplay, so you’ll always be able to play with your buddies.

Why stick to one genre when you can play all of them? Roblox is less of a game and more of a set of tools to create just about any kind of game you want, whether that be an MMO or first-person shooter. Even if you have no urge to create your own games, you’re more than welcome to play ones that others have built.

Roblox has a huge, yet simple platform that makes it incredibly easy to go from an anime-inspired fighter to a relaxing experience collecting pets in Adopt Me. So long as you can look past its kid-friendly exterior, you can have a lot of fun, especially with friends or your own children.

If you’ve given PUBG, Apex Legends, or Fortnite a shot and it didn’t feel quite right for you, then try Call of Duty: Warzone. It features the same intense firefights the Call of Duty franchise is known for except with a battle royale spin and zero upfront cost.

Warzone has a healthy number of maps, over a hundred firearms, perks, loadouts, and two distinct game modes: Battle Royale and Plunder (when it’s available). The latter has a more arcade-like quality due to unlimited respawns and earning the most cash to win by killing other players; the former is your typical battle royale game mode, featuring loot scattered about the map and a huge lobby of up to 150 players in a single match.

It’s been over a decade since BioWare released Star Wars: The Old Republic, and it’s still going strong to this day. Imagine an MMO that’s just as easily approachable as World of Warcraft in terms of gameplay and combat, but set in the Star Wars universe. While that’s admittedly a gross simplification, SWTOR offers a wholly different experience from WoW.

At the core of The Old Republic is story, first and foremost. Each class has its own story to experience, with or without friends, like the battle-worn Bounty Hunter and the smooth-talking Smuggler. Yes, there are dungeons, raids, and PVP, but weaving through quests are well-crafted cutscenes that expand the Star Wars universe in interesting ways. If you aren’t interested in paying a subscription, then Star Wars: The Old Republic is worth playing.

Valorant is an interesting beast among the best free co-op games. It doesn’t commit wholly to being a hero shooter nor does it commit entirely to being a tactical shooter—Valorant blends both aspects surprisingly well. A more apt description would be CS:GO meets Overwatch with a less serious art style.

Like Overwatch, players can choose a unique character to play with their own abilities and kit. You won’t have a hard time finding a character that’s right for you. As for the maps, each one has a layout that is reminiscent of CS:GO, such as chokepoints, boxes, vehicles, buildings, and so on to facilitate a tactical playstyle.

If you and your buddies prefer a more competitive scene, look no further than League of Legends. You’ve no doubt heard about it, maybe even watched the Netflix series Arcane without realizing that the show is based in League of Legends’ universe and features characters that you can also play in the game.

You and four other players attempt to push through three lanes, which lead directly to the enemy team’s nexus. To win, the nexus must be destroyed. It’s not unlike other MOBAs like, say, DOTA 2, but League of Legends has a much lower skill floor. With a few days of practice, you and your friends will quickly understand the game, the meta and language, but it’s definitely hard to master.

Welcome to the lands of Wraeclast, exile, where all manner of dark creatures will try to put your head on a spike. It’s best to phone a friend for help as you traverse your way through twisted forests and pitch black caves. If you have any experience with Diablo, you’ll feel right at home in Path of Exile.

At its core, Path of Exile is a hack-and-slash RPG, complete with an isometric camera angle. Yes, you will find loot, defeat bosses, and complete the story that’s broken into Acts; however, its similarities to Diablo pretty much end there. What Path of Exile offers that others don’t is a big emphasis on class customization, especially the skill tree, which can feel overwhelming at times. Stick with it, though—the game is free, combat is visceral, and you can bring your friends!

Jump into titles like Call of Duty: Warzone or Apex Legends and you’ll immediately notice the seriousness of the gameplay. There’s very little room for goofiness. Fortnite is the opposite; it isn’t that you can’t take the game seriously, it’s just that it doesn’t present itself that way, right down to the art style.

Honestly, what other battle royale gives you the option to play as Goku wielding an automatic rifle? Of course, there’s more to Fortnite than just the aesthetic. It brings its own unique flair to the battle royale formula in the way of building. Players get nutty about how quickly they can wall off enemies or box them in.

Many of the best things in life were created from mashing two completely unrelated ideas together, like taco pizza or cars and soccer. Are you intrigued by that last one? Well, then maybe Rocket League is for you.

Rocket League allows players to hop into rocket-powered cars for the sole purpose of hitting a gigantic ball into the opposing team’s goal. Yes, it is just soccer with cars, but boy is it a lot of stupid fun, especially with how the map is designed to enable ridiculous flips and tricks that look awesome and help you score. There’s also a plethora of customization options for your vehicle.

Are you fond of RPGs? What about collecting loot? Have you ever experienced the fun of Halo? If you said yes to any or all of those questions, then you would feel right at home with Destiny 2. It’s such a compelling blend of the looter-shooter genre with Halo-like gunplay front and center and a spattering of RPG elements.

Bungie crafted three awesome classes: the Hunter, Warlock and Titan, each with their own subclasses that feature different flavors of style. Afterwards, you’re dumped into post-apocalyptic world as a Guardian, fighting through waves of alien enemies for powerful and excellently designed loot, and that’s just on one planet. You’ll have the opportunity to level up, join dungeons, raids, and sweet, sweet PVP, which is arguably Destiny 2’s best aspect.