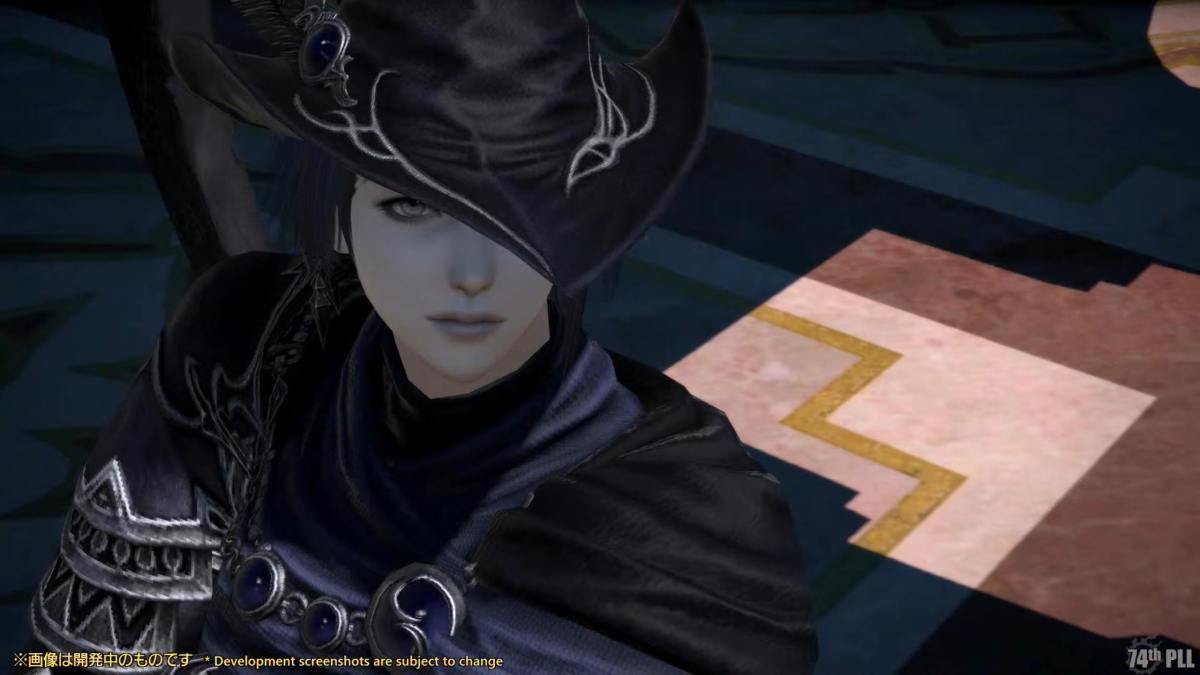 Yoshida-san started by remembering that today is the 10th anniversary of “that day” in which the Final Fantasy XIV 1.0 servers were shut down in preparation for the relaunch with A Realm Reborn.

We learn that update 6.3 will be titled “Gods Revel, Lands Tremble” and it’ll be released in early January 2023. While it’s a little later than some may expect, it would be difficult to release a major update at the end of the year.

It’ll include a new chapter of the main scenario quest, which will, of course, feature the continuation of the story involving Zero, who has become very popular among the game’s fans.

New sidequests will include the continuation of the Tataru’s Grand Endeavor chain and the Tales of Newfound Adventure chain, while Somehow Further Hildibrand Adventures will come a bit later in patch 6.35. This will be accompanied by the next step for Manderville Weapons.

New Tribal Quests are coming in 6.35, and this time around they’ll be dedicated to the Loporrits and focused on crafters.

A new dungeon named “Lapis Manalis” will be implemented and you can take a first look below. It’ll be a main quest dungeon. A new trial with its extreme version will also come, and it’s a secret.

A new Unreal trial will be added, Containment Bay P1T6, which is the battle against Sophia. It’ll require a lot of attention as there will be many mechanics.

The new Alliance Raid will be Myths of the Realm part 2, named “Euphrosyne.” You can find interesting screenshots below featuring a familiar silhouette and strange machinery, on top of a mysterious tree in the sky.

The fifth Ultimate Dutyis a secret and will release two weeks after update 6.3, while the thrd Deep Dungeon will be included in update 6.35, titled “Eureka Orthos.” Below you can check out two screenshots.

For those not familiar with the feature, it’s a dungeon that changes its structure every time you enter. You begin at a certain level and gain experience as you progress to the deeper floor and specific weapons and gear are enhanced via gameplay. Entry will be available for groups of 1-4 players with no role restrictions, but party size won’t affect difficulty.

For Eureka Orthos you’ll need to be level 81 or above, and you’ll be level 81 when you start. Rules and mechanics are generally identical to previous Deep Dungeons.

We’re getting the Duty Support System for the rest of the Heavensward expansion, and specifically the following dungeons.

More adjustments to jobs will be implemented for both PvE and PvP. While there aren’t massive changes for most jobs, paladins will get a full overhaul to their rotation. This will be showcased during the next broadcast.

PvP will get changes to actions, while Series 3 will begin, bringing Season 5 of Crystalline Conflict and a new arena which you can see below.

Crafters and gatherers will get new Tool Enhancement Quests in update 6.35 and new Custom Deliveries. The collectability values will be displayed for reference when gathering, while primary fishing locations, preferred bait, and additional conditions will be added to the Fish Guide. On top of that, Upper La Noscea will be the first A Realm Reborn area to get spearfishing locations and get underwater diving.

The workshop interfaces will be improved (including reports on Agenda/Supply and Demand/Earnings) and the option to collect all available yields and leavings at once will become available. Animals under care will be eligible for release when you capture new ones. You will be able to save Orchestrions settings and island visitors will finally hear the selected music. You’ll also get a notification when a visitor arrives. More updates to this feature will come in 6.4.

A new Treasure Dungeon will be implemented named The Shifting Gymnasium Agonon, accessible via a new Elpis-focused treasure map.

The Gold Saucer will also get an update with a new course for the infamous (if you hate jumping puzzles like me) Leap of Faith.

Housing will get a much-awaited update with additional wards for all residential areas, including 6 regular wards and 6 subdivisions, which will amount to 1,800 new plots per world. These are planned to be sold via lottery and details about the distribution between Free Company and private housing will be announced at a later date.

Improvements to the User Interface will include icons for damage types in the battle log and flying text (physical, magic, and unique). You’ll also be able to display the remaining time for buffs and debuffs in the party list.

Miscellaneous tweaks will include a new User Interface theme. Portraits will finally display when using the Duty Finder (you’ll see only your party in 24-person duties).

Available actions when using fashion accessories will be expanded, and you’ll be able to cast glamors and dye a retainer’s equipment without removing it. You’ll also be able to cast glamors on your own equipment directly from your retainer’s inventory. Another change to retainer inventory management is coming, but it’s difficult to explain so it will be shown during the next broadcast. That being said, those who have tons of crafting materials stuffing their retainers’ inventory will be happy.

Lastly, the ability to filter newly added items at Sundry Splendors vendors will be added.

Final Fantasy XIV is currently available for PS4, PS5, and PC. Besides the changes mentioned here, it’s also getting an update to the graphics scheduled to culminate with the next expansion.