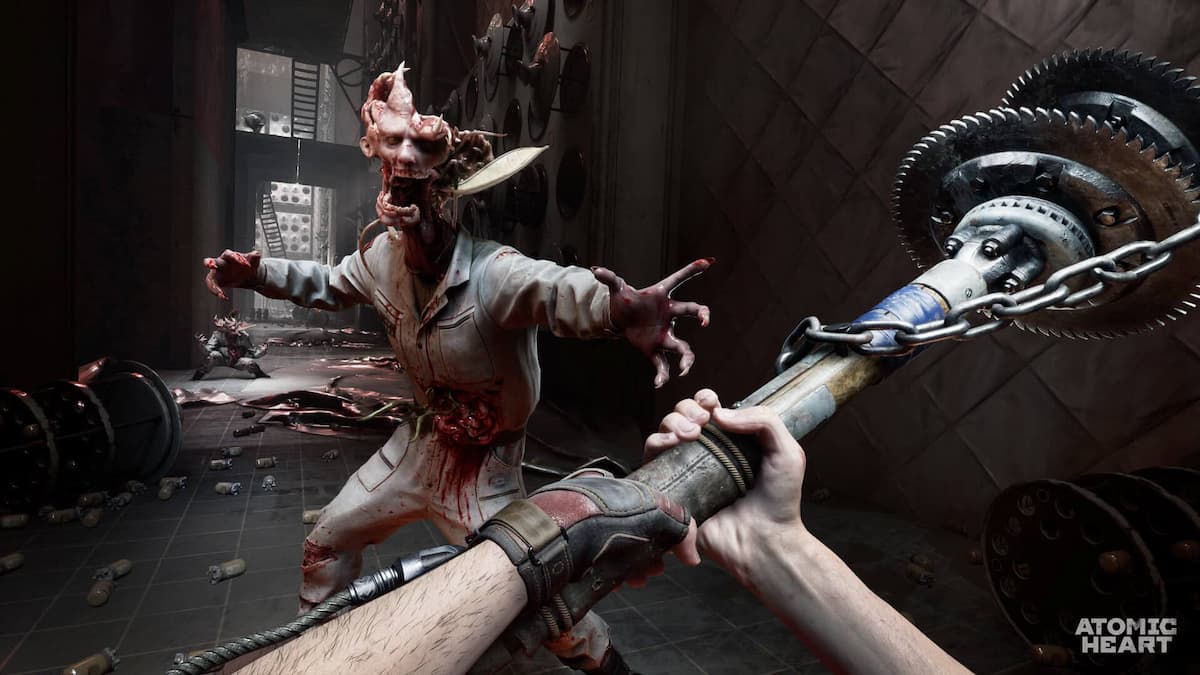 It’s been a few years since Russian studio, Mundfish, announced its upcoming FPS action game, Atomic Heart. After much delay and silence, the team has revealed the release date for the game in a new reveal trailer, which might be the quietest trailer ever debuted by the team.

Previous trailers and teasers for Atomic Heart have been full of epic musical segments set in the game’s alternate timeline of 1955 and extra heavy on Mick Gordon’s musical prowess. However, the newest trailer debuts to an eerily quiet soundtrack flashing through segments of combat and story before ending with the targeted launch date of Feb. 21, 2023.

In what appears to be a combination of formulas from games such as Wolfenstein, Doom, and Bioshock, Atomic Heart follows an alternate timeline where advances in robotics helped the Soviet Union defeat Nazi Germany during World War 2. The Soviets proceeded to experiment with robots until said beings became aware, evolving into a hive mind that took over society that is now doing strange experiments

Players will take over the role of an unstable KGB agent called P-3, who’s tasked with exploring a factory that has gone silent. P-3 discovers the robots have taken over and must fight for his life using various weaponry that was not around during 1955, such as laser guns and unique abilities similar to Plasmids from Bioshock.

Atomic Heart is set to launch on Feb. 21, 2023 for PS4, PS5, Xbox One, Xbox Series X|S, and PC, joining an already stacked month for gaming. It’ll also be a Day One Game Pass title.