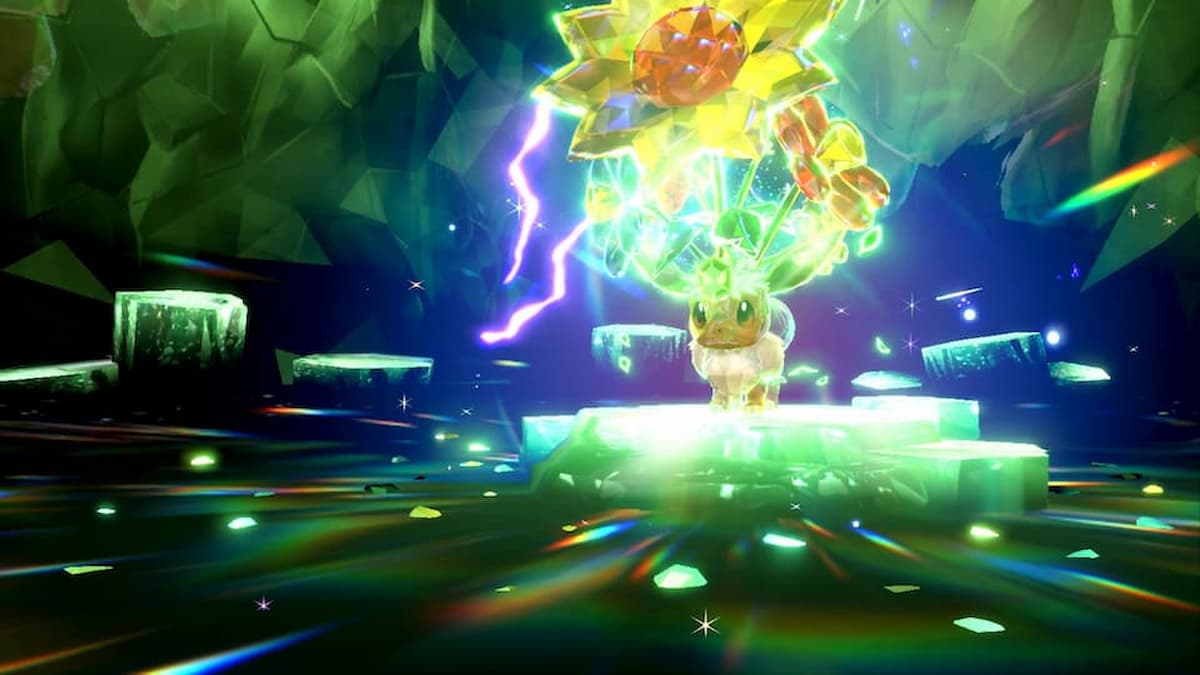 Raid Battles are one of the most popular challenges in the Pokemon community, where players can work together to take down mighty foes. So, now that Pokemon Scarlet and Violet has been released, fans can experience a new form of combat with the Tera Raid Battles of the Paldea region. However, if you aren’t familiar with this concept of the game, we’ll explain all the Tera Raid map symbols in Pokemon Scarlet and Violet.

The Tera Raids of the Paldea region feature various star icons that indicate a particular Pokemon type. Here’s a breakdown of each symbol in Pokemon Scarlet and Violet:

The Bug-type icon is one of the first symbols you’ll see on the Paldea region map, which has yellowish-green color. You can use Fire, Flying, and Rock Pokemon to counter them.

During special events, players will see a black Tera Raid map symbol in Pokemon Scarlet and Violet. These challenges will include high-level bosses, like Charizard, for a limited time.

Players will quickly notice the Dark-type icon on the map since it has a large eye at the center. During this battle, you can equip Bug, Fairy, and Fighting types to easily take down the opposing side.

Although we don’t have an image of the dark blue Dragon Pokemon map icon, it will be the same symbol as this Tera Raid Battle. These creatures also have a weakness of Fairy, Ice, and other Dragon types.

The Electric map icon has a distinct yellow color with a lightning bolt. However, players can only use Ground-type moves to counter this particular Pokemon.

You can view our guide about all Fairy-type weaknesses to complete this Tera Raid battle in Pokemon Scarlet and Violet.

While exploring the Paldea region, you’ll be able to notice the fist of the Fighting-type icon. Players can use Fairy, Flying, and Psychic Pokemon when battling against them.

It won’t be hard to miss the Fire Tera Raid symbol due to its prominent red color. That said, once players participate in this fight, they can utilize Ground, Rock, and Water-type moves to deal damage to the opposing party.

The Flying Tera Raid map icon has a similar design to the Flying Taxi service, but you’ll be able to tell the difference by looking at their shape and color. Flying battle symbols feature a light blue star design, while Flying Taxis are circular with a dark blue color. Furthermore, players can take down these bosses with Electric, Ice, and Rock Pokemon.

Those who want to defeat these Pokemon can check out our Ghost-type weakness Pokemon Scarlet and Violet guide.

To knock out Grass-type Pokemon, you can use Bug, Fire, Flying, Ice, and Poison team members.

As for Ground types, players must utilize Grass, Ice, and Water Pokemon to complete these battles.

Even though you would expect to see the Ice Tera Raid symbol in Glaseado Mountain, this icon can spawn anywhere on the map (often at random.) These Pokemon have a few weaknesses, including Fighting, Fire, Rock, and Steel.

Normal and Rock Tera Raid icons feature the same circular symbol in the center, so try to look closely at their patterns before starting a battle. You can counter these creatures by equipping Fighting Pokemon.

Here is our guide on all Poison-type weaknesses in Pokemon Scarlet and Violet.

The Psychic and Fairy symbols have a similar design in color, but you can tell the difference with their icons. Players can eliminate these creatures using Bug, Dark, and Ghost types.

One of the best types to use against Rock Pokemon is Grass, so be sure to equip these creatures in your party. Players can also equip Fighting, Ground, Steel, and Water Pokemon in their party to counter these creatures.

If you need help with this particular Tera Raid, you can look at our guide about all Steel-type weaknesses in Pokemon Scarlet and Violet.

Water-type Pokemon have two weaknesses: Electric and Grass. With this in mind, players can level up their party with these types to complete this battle.