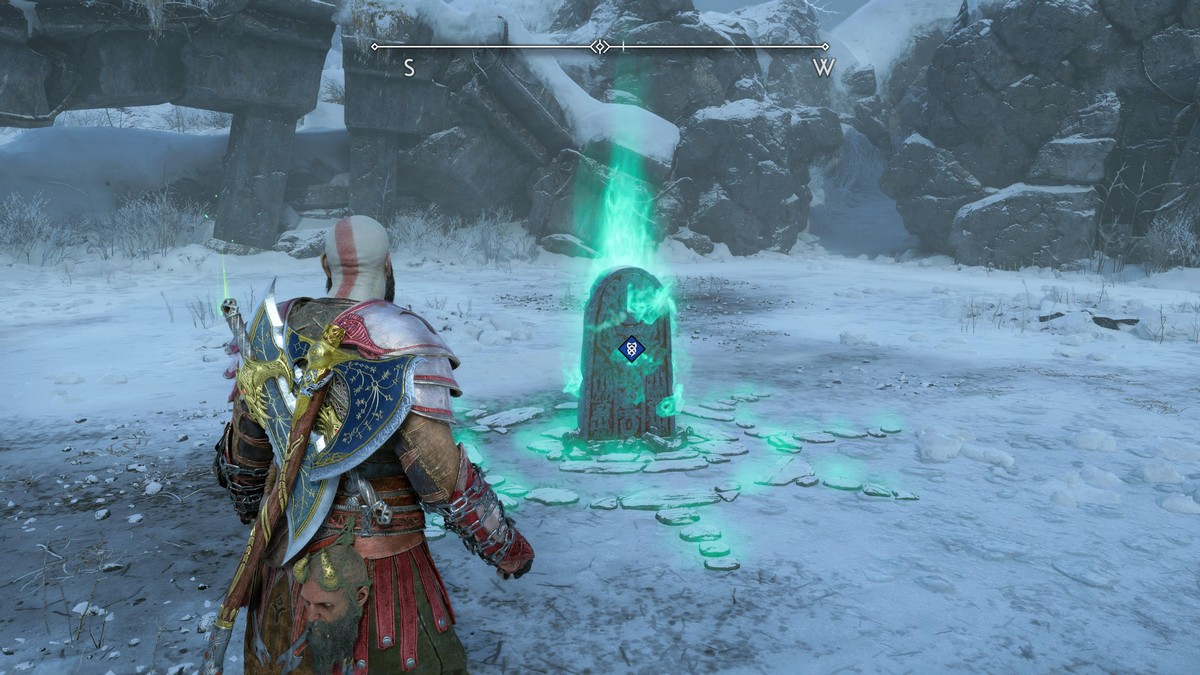 With the whole Nine Realms open to exploration and adventure, it is only fitting that God of War Ragnarok provide players with much to do, even if you have already completed the main story. After all, there are always monsters to fight and gods to quell, so for those seeking knowledge on how to complete the Fit for a King Favor and defeat King Hrolf Kraki in God of War Ragnarok, read on.

The following guide for God of War Ragnarok contains spoilers regarding the endgame, so if you rather enjoy the game spoiler-free, we advise turning back now.

As one of the more extensive side quests you can find in God of War Ragnarok, the Fit for a King Favor essentially replaces the Valkyrie hunt from the first game. Instead of fighting the fabled warriors, you are now hunting down ghostly Berserkers scattered around the realms.

The Favor begins once you have obtained the Inert Hilt of Skofnung during the main quest, and with that in hand, you are able to interact with Berserker Gravestones to start each battle. In total, there are 10 Gravestones and 13 Berserkers to vanquish.

Located just east of the Mystic Gateway near the Well of Urd, you will face Fraekni the Zealous here. As with most Berserkers, the general move set is about the same. Fraekni will rely on a charge attack which can be dodged, jump up in the air for a block break attack, a series of attacks up close, or an unblockable attack followed by another attack.

Defend well and punish her whenever possible, and once you have whittled down her health to less than half, she will start extending her combos. So it pays to over overextend yourself in search of more damage. Smart use of your ally will also be important.

Svartalfheim, Jarnsmida Pitmines – Bodvar the Fierce and Starolfr the Troublesome

An unfair fight to start things off, this time, you will be facing two Berserkers instead of one. Bodvar comes to the fight with two shields, while Starolfr is dual-wielding swords. Like all Berserkers, you are going to want to be more defensive and focus your attacks on Bodvar first. The most dangerous attack to look out for is Bodvar’s flash of light which can also break your block, so get some distance when you see it coming.

Remember to utilize your Spartan Rage to get an upper hand, and use your Runic Attacks to make it easier for yourself. Keep dodging and punishing, and victory will be yours.

Svartalfheim, The Forge – Hardrefill the Callous

A straightforward enough fight, Hardrefill’s attacks can generally be blocked and dodged, opening him up for punishment when he is done. If you are at range, he will attempt to break your block with a dash attack. Otherwise, be sure to dodge at the correct time when he takes to the air before slamming down.

With low health, things will get more hectic as he extends his attacks, including the slams. Watch your timing, and take advantage whenever possible to eliminate him.

Bringing the element of lightning to the fight, you do not want to be ensnared by Beigadr at any point in time. Several of his attacks are unblockable, so timing your dodges is key to victory. Anytime you get hit, be sure to spam the Circle button to get out before more damage comes your way.

He also has the slam attack like the previous Berserker, so use your well-learned lessons to show him what you are all about. Fight with caution, and don’t be too greedy.

Alfheim, The Barrens – Svipdagr the Cold and Sisters of Illska

Probably the most annoying of Berserker fights outside of the final bout, this encounter will pit you against three Berserkers, even if the Sisters of Illska share a singular health bar. As the Sisters are a nuisance at range and are generally weaker, it is recommended you go after them first to remove the distraction.

Once you have only Svipdagr in your sights, watch out for the cold elemental attacks, as well as the variety of block-breaking attacks and regular attacks. Use your Runic Attacks and Spartan Rage strategically to gain the upper hand.

For Hjalti, the same formula applies as it does to other Berserkers, never go too far while attacking, and play on the defensive. An added tip is to stay close to her generally, just in case she busts out the damaging Shield Strike move. Move up close, stun her to stop it, and unload your most damaging moves.

If you can stay close and keep the pressure up, this wouldn’t be a tough fight to navigate.

Hvitserkr the Bold likes to use his poison to gain an upper hand, and can also summon additional Shadows and Nightmares to give you more to worry about. Since he is able to constantly replenish his army, focus on him instead since the other enemies are seldom significant.

Dodging should be your main concern here, so smart use of crowd-controlling Runic Attacks will help a lot. Spartan Wrath can also be use to focus damage on the Berserker to end the fight sooner.

Vanaheim, The Sinkholes – Haklangr the Bearded

Haklangr is another potentially annoying Berserker, as he will often utilize shields to protect himself. Be sure to switch to the opposite elements when you see it happen, so that you don’t waste any chance to damage him during the fight.

All of his attacks are also either block-breaking or unblockable, so dodging is your best friend here. Watch out for increased attacks as his health drops, and keep punishing him whenever you can.

The toughest singular opponent out of the bunch other than King Hrolf, Skjothendi loves to teleport around the arena while hurting you with Bifrost damage. Avoiding the effect will help tremendously, so use the Shield Rond that can negate negative status build-up as a start.

With plenty of attacks to draw from, you will need to master when to dodge and when to block and parry. Be wary of being too close when she has a Bifrost aura going on, as that will inflict the status on you regardless. If you ever see her preparing to unleash the area-of-effect move, throw your Leviathan Axe or Draupnir Spear to stop her; otherwise, it might just be the end.

Fight conservatively, and only use your Runic Attacks when you can catch her after teleporting. Keep at it, and eventually, you will succeed.

With all of the other Berserkers downed, it is time to find King Hrolf Kraki for the final showdown. Head back to King’s Grave in Midgard where it all started, and prepare yourself for the hardest fight.

As the king, you can expect King Hrolf Kraki to use all of the moves you have seen in previous Berserkers, which means a world of trouble for you if you are not careful. Upgrade all of your gear, abilities, amulet, relics, and hunker down.

Up close, King Hrolf Kraki can hurt you with a sequence of swings and slams, or burst attack with energy. Dodge or parry when you can, and give him a taste of his own medicine. He can also close the distance quickly with a dash, so watch yourself.

At range, he can call on all elements to give you more trouble. Dodge those quadruple bolts, block the two-bolt attacks, and avoid the ground slam. If he is in the air, watch out for danger zones in the arena, and keep moving to avoid any damage. Send a spear or axe throw into the floating orbs when you see them as well.

If you see him jumping into the air and start charging, this attack is unblockable and affects the entire arena, and the solution is to hit him with a ranged attack to stop it. King Hrolf Kraki also utilizes a shield strike attack that deals massive damage, so don’t be too far away. Always remember to get your hits in and prepare for defense, and victory will taste ever sweeter at the end.

And there you go, all the details on how to complete the Fit for a King Favor and defeat King Hrolf Kraki in God of War Ragnarok. For more help, be sure to check out our guides on Yggdrasil’s Dew, how to transmog your equipment, and mastering Weapon Skill Labors. Otherwise, feel free to peruse the related content below.