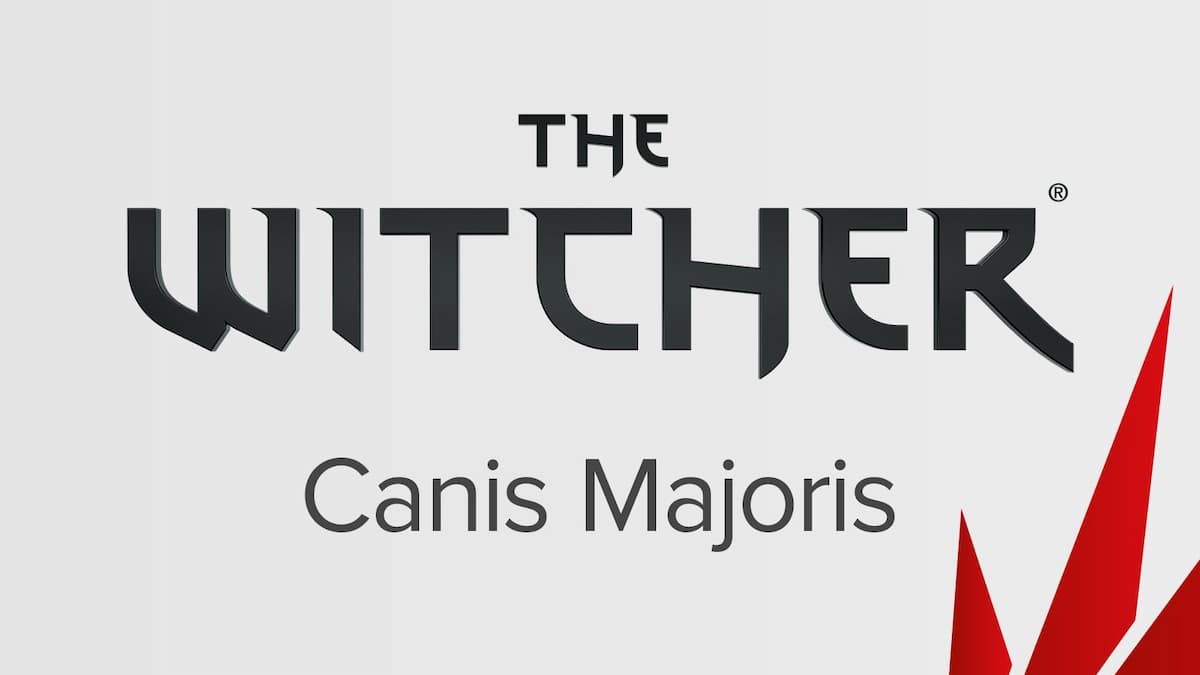 Earlier this month, CD Projekt Red announced the latest line-up of games with several mysterious codenames. Fortunately, a new update has finally revealed what Project Canis Majoris is, along with additional information about the game’s development process. So, if you want to learn more about this upcoming Witcher game, here’s everything you need to know about Project Canis Majoris.

Project Canis Majoris is a remake of the first Witcher game that started it all. The original installment will be rebuilt by Unreal Engine 5 and is still in its early development stages. In celebration of this tentative arrival, Adam Badowski, the Head of CD Projekt Red, states, “Going back to this place and remaking the game for the next generation of gamers to experience it feels just as big, if not bigger.”

According to previous announcements, Project Polaris (a Witcher 3 sequel trilogy) will make its debut before the Witcher remake releases. After Polaris launches, there will be a six-year period of new games, possibly including Project Canis Majoris.

You can check out other information about the project here:

Who Is Developing Project Canis Majoris?

Fool’s Theory (a Polish studio) is the developer of Project Canis Majoris, which will be led by several Witcher veterans. Adam Badowski has expressed his excitement with this collaboration and states, “They know the source material well, they know how much gamers have been looking forward to seeing the remake happen, and they know how to make incredible and ambitious games”.

Although there aren’t many details about Project Canis Majoris, the official Witcher Twitter account has promised to share more information in the future, as shown here:

Since fans have asked for a Witcher remake over the years, the community is ecstatic to hear the news about Project Canis Majoris and can’t wait to play the game when it releases. As for the other Witcher projects, fans will still need to wait for additional information as time progresses.

That’s everything you need to know about Project Canis Majoris. While you are here, you can check out the relevant links below and view our guide about Witcher 3’s haircuts and beards.