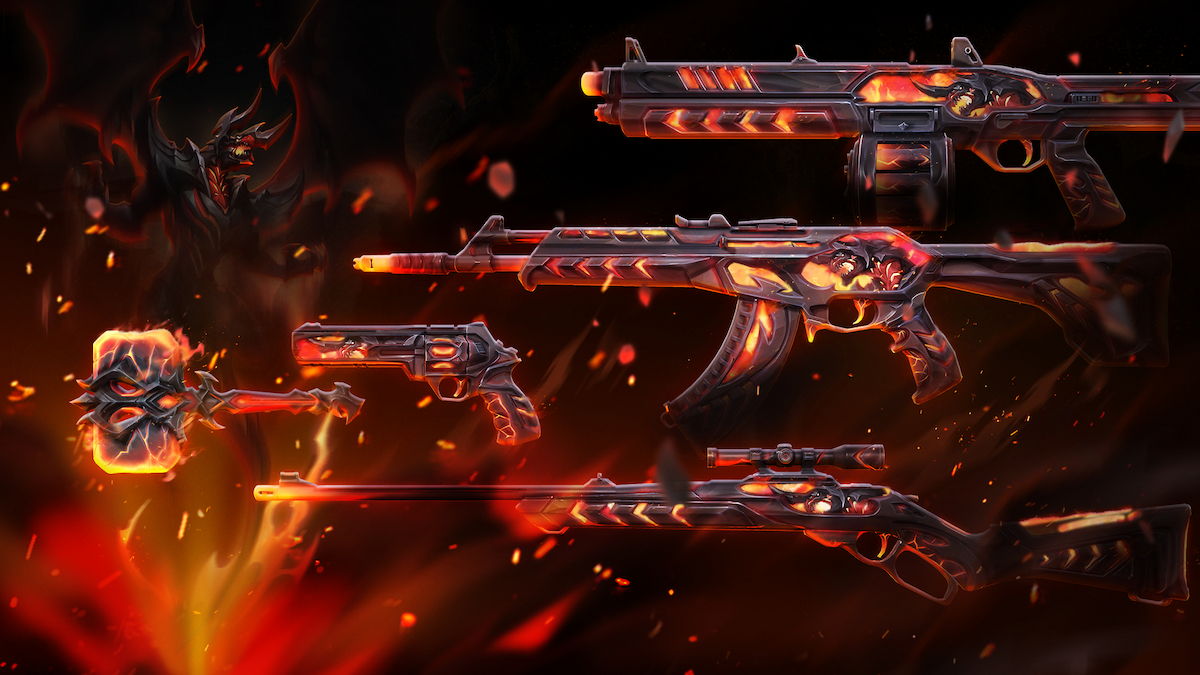 Riot Games is tempting you to unleash your inner beast with its next premium weapon skin bundle. It’s called Crimsonbeast, and it was unveiled today in tandem with news of the game’s upcoming Patch 5.07.

As you can see from the image above, the Crimsonbeast line is based on a fiery fantasy design and features the following weapons, including a hammer that looks fit for Thor himself:

There hasn’t yet been any official trailer or gameplay reveal of the skins yet, but leaker ValorLeaks has done some digging and already uncovered some files showcasing the skin in action:

There is only one tier of upgrade available, which isn’t many for a premier skin. As a reminder, a premium bundle costs 1775 VP ($23) per individual skin or 7,100 VP ($82) per bundle. That’s the same price as the Reaver, Forsaken, and Prime bundles.

The Crimsonbeast follows on from the ChronoVoid skin line which is currently in the store and is due to conclude when the store refreshes tomorrow.

Patch 5.07 has now rolled out for those in North America, while Europe and rest of world players can look forward to the update launching tomorrow. Check out the full patch notes here, and be sure to read our detailed feature explaining how the big changes to flashes are likely to change the meta.