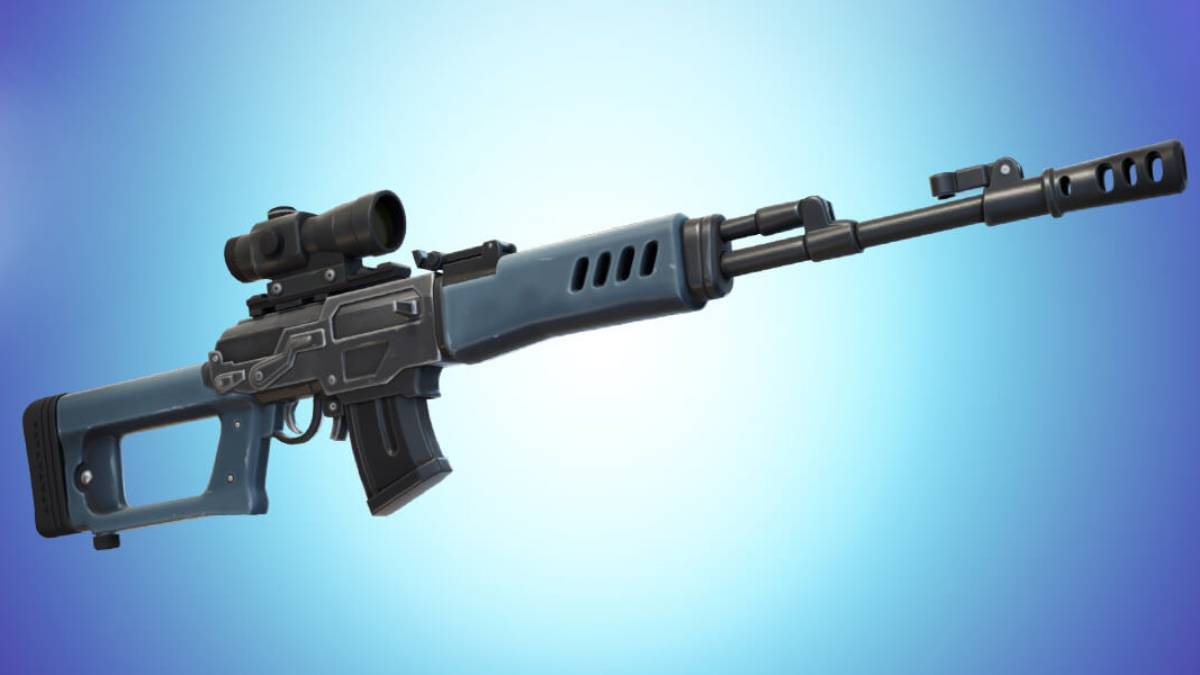 Epic Games has released the first-ever major update of the Fortnite Chapter 3 Season 4 called v22.10 for its battle royale mode. The latest patch sees the addition of a new weapon called Cobra DMR, and players have been given a chance once again to swing with the Grapple Gloves in the latest Fortnite version.

When it comes to the new firearm, Cobra is a fast-firing designated marksman rifle through which you can easily take out your opponents if you have a steady hand. Similar to other weapons, you can find Cobra DMR from the ground, Chests, Supply Drops, fishing, Loot Sharks, and Reality Sapling Fruit. It’s also worth noting that the normal DMR has been vaulted with the arrival of the Cobra DMR.

Fortnite’s latest update is filled to brim with plenty of adjustments, and one such change, in particular, is with the keys. So far in Chapter 3, Season 4, you’ve been using Keys to open Low-Security Vaults and High-Security Vaults. Now, you’ll also need keys to open a Holo-Chest holding an item you desire.

The best part is that Holo-Chests display a holographic preview of what’s inside, so you’ll know whether it has what you need before opening it.

This time, they can be found from the ground, Chests, Supply Drops, and Legendary and Mythic Reality Sapling Fruit. As per the official announcement, Grapple Gloves are available until the v22.20 update and they’re not included in competitive playlists.

For the quest fans, Epic Games has introduced a new set of challenges called Bytes Quests which allows you to unlock up to seven alt Styles for The Nothing’s Gift, including The Dread Claw, Sharpened Sunburst, Razer Thorn, and more.

If you’ve unlocked all the 100 tiers of the Fortnite Chapter 3 Season 4 Battle Pass, then you’ll be glad to know that this season’s Super Styles are being incorporated with the latest season. Starting October 6 at 9 AM ET, this Season’s Super Level Styles will become available.

Fortnite developers have also worked on the Squad Comms wheel in the latest update and developed a more robust wheel. Now, you can hold your Ping button to pull up the Squad Comms Wheel and place pings with more detail for your squad. On top of that, you can also send orders to your hired Characters.

Finally, Boogie Bombs have been vaulted in both non-competitive and competitive playlists. So you may miss your precious dancing moments with your opponents for a while until Epic Games brings the item back to the island.

So, there you have it. That’s everything you need to know about Fortnite v22.10. Before you leave, make sure to check out other Fortnite-related content like What Does ‘Fortnite Servers Not Responding’ Mean? Explained & How To Fix and Fortnite Currently Going Through Lengthy Server Downtime.