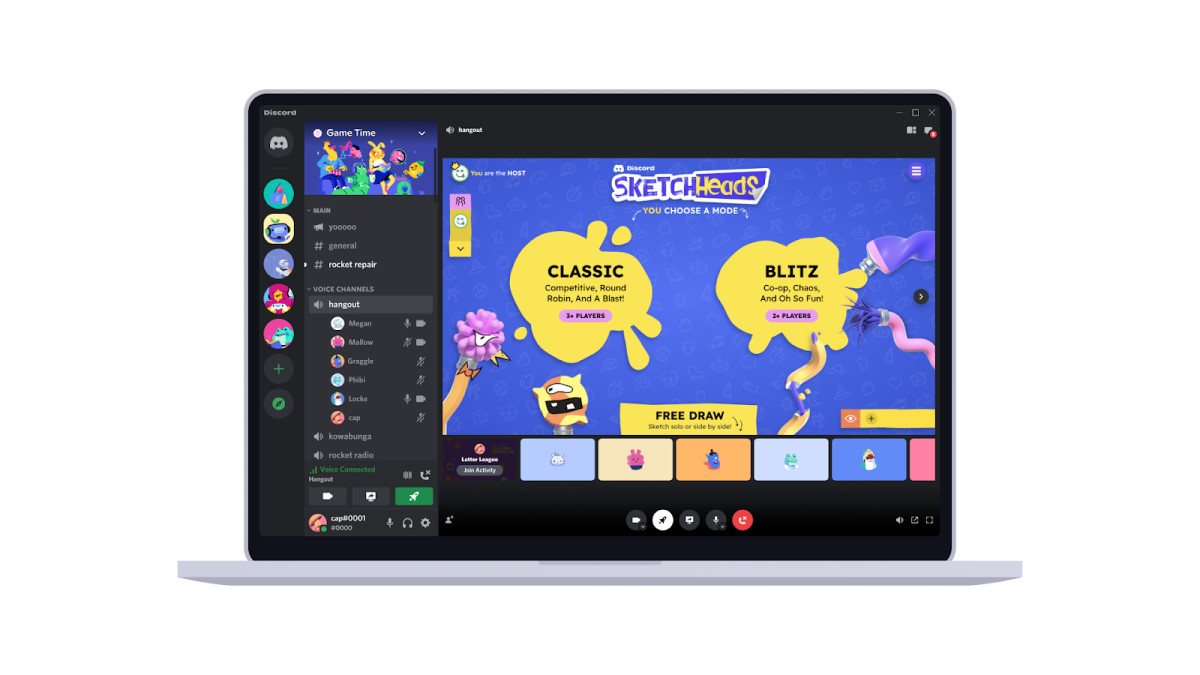 Discord announced today that it will be adding several new features to the messaging app throughout this week including games, an app directory, and a new subscription plan.

In a blog post, the company revealed it will be rolling out in-app games, called Activities, to all servers starting today. Activities allows Discord users to play games or watch videos together directly in the app. Users can select the rocket ship icon in the voice chat to select an activity with mini-golf game Putt Party or watching YouTube videos together for free users. Discord Nitro subscribers have access to more Activities such as chess, checkers, and original game Sketch Heads.

Discord will be adding a new app directory beginning on Tuesday that offers easier access for admins to install third-party apps to their servers. The company is also experimenting with premium app subscriptions, verified role connections, and has started a $5 million fund for Discord developers.

A new subscription plan, Nitro Basic, will be going live globally later this week on Thursday, Oct. 20 after it launched earlier this summer for the United Kingdom. The plan will be the cheapest option at $2.99 per month and will offer a special profile badge, a bigger file upload limit to 50MB, and the ability to use custom emojis across any servers. Nitro Basic will be replacing the Nitro Classic plan, which offered the same and a few more benefits for $4.99 per month.