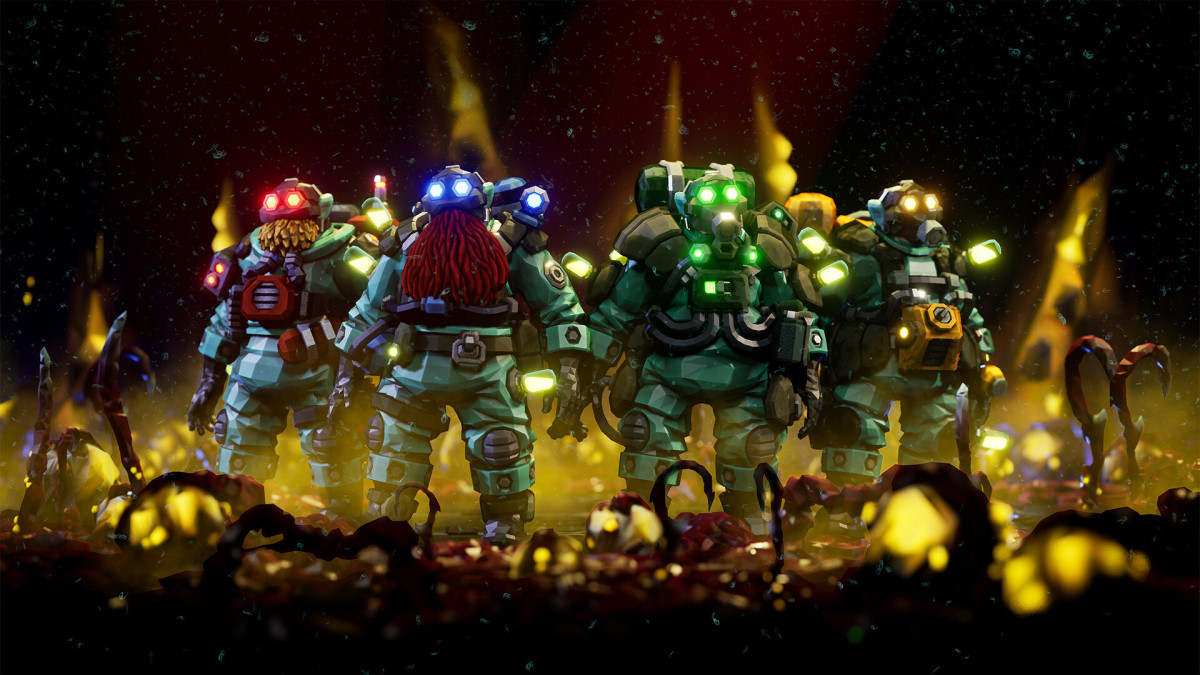 Deep Rock Galactic developer Ghost Ship Games announced the title of the cooperative multiplayer’s upcoming Season 3 and showed off the latest downloadable content coming alongside it.

The studio revealed the name for Season 3 in a brief trailer on the Deep Rock Galactic subreddit and will be called Plaguefall. The new season will start next month on Nov. 3 and will feature a new threat called the “Rockpox,” a plague that seemingly evolves the bug creatures of the planet Hoxxes IV.

Season 3 will add four new grenades with one for each of the game’s four classes. The Driller has the razorblade-like Springloaded Ripper, the Scout with the boomerang inspired Voltaic Stun Sweeper, the Gunner with the bullet storm Tactical Leadburster, and the Engineer has the missile-like Shredder Swarm. The season will also come with a new Performance Pass with more cosmetic rewards that is free for all players.

Coming alongside Season 3 will be a new Biohazard cosmetic DLC pack. The Biohazard Pack contains new armor and paintjobs for all classes and accessories. Check out the new skins in the trailer below. Season 3: Plaguefall and the Biohazard Pack will launch for Deep Rock Galactic on Nov. 3 for Steam, while the Microsoft Store version, PlayStation, and Xbox consoles will receive it on Nov. 17.