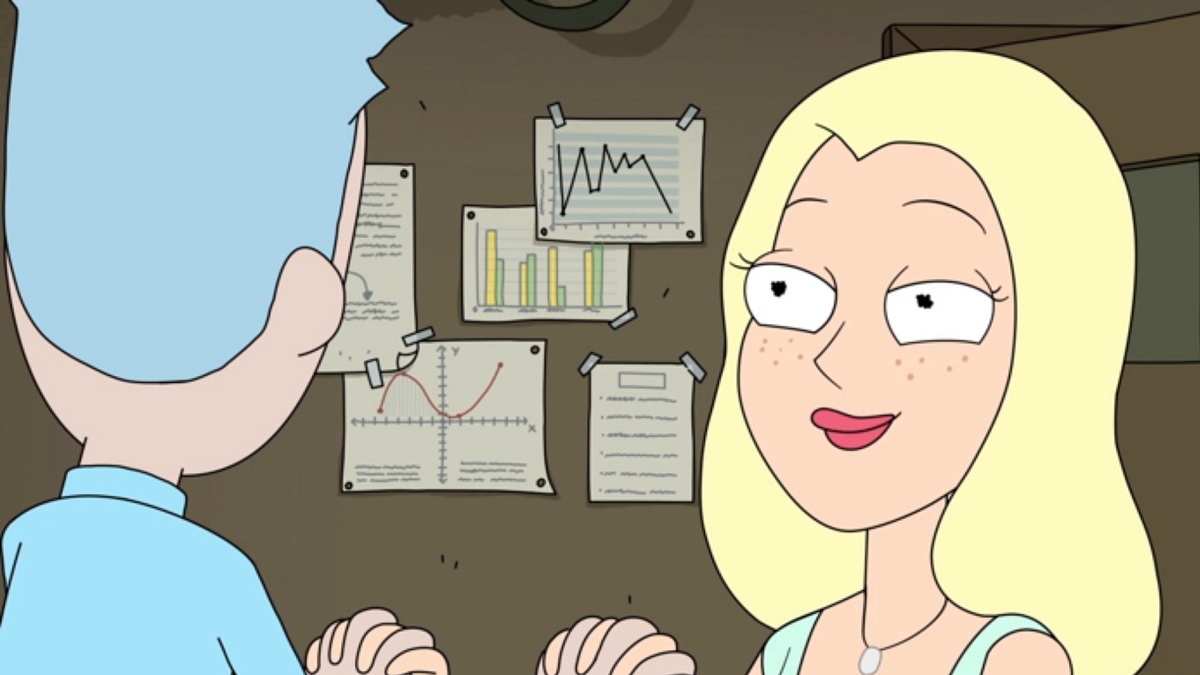 Rick and Morty is pretty tight on its cast of characters, never straying too far from Beth, Rick, Morty, Summer, and Jerry. Before the first episode, we know very little of Rick’s backstory or motives for traveling to other universes. Science-fiction fun? Yes. To serve a character arc? Also, yes. It’s during the latter that we’re introduced to Diane, someone obviously close to Rick. So, who is Diane in Rick and Morty?

Who Is Diane in Rick and Morty Season 6?

Diane in Rick and Morty Season 6 was Rick’s wife and the mother of Beth Sanchez. She’s only ever been mentioned in passing, though her story is expanded upon during Season 3, Episode 1. Both Diane and Beth ultimately died at the hands of another Rick, dubbed “Rick Prime.”

Outside of that, Diane’s character is largely a mystery; however, in the same aforementioned episode, Diane is portrayed as a loving wife who’s ecstatic over the possible news that Rick may have finally had a breakthrough with his inventions. Upon being offered portal technology from Rick Prime, he turns it down; he finds the idea lonely without his family.

Though the show hasn’t gone into greater detail about who Diane is in Rick and Morty than that, we can say with confidence that her death is what sets the show in motion. Season 6 is still young, so perhaps the showrunners will expand on her character more. Until then, check out Rick and Morty in Multiversus, then read up on where Rick Sanchez’s name comes from.