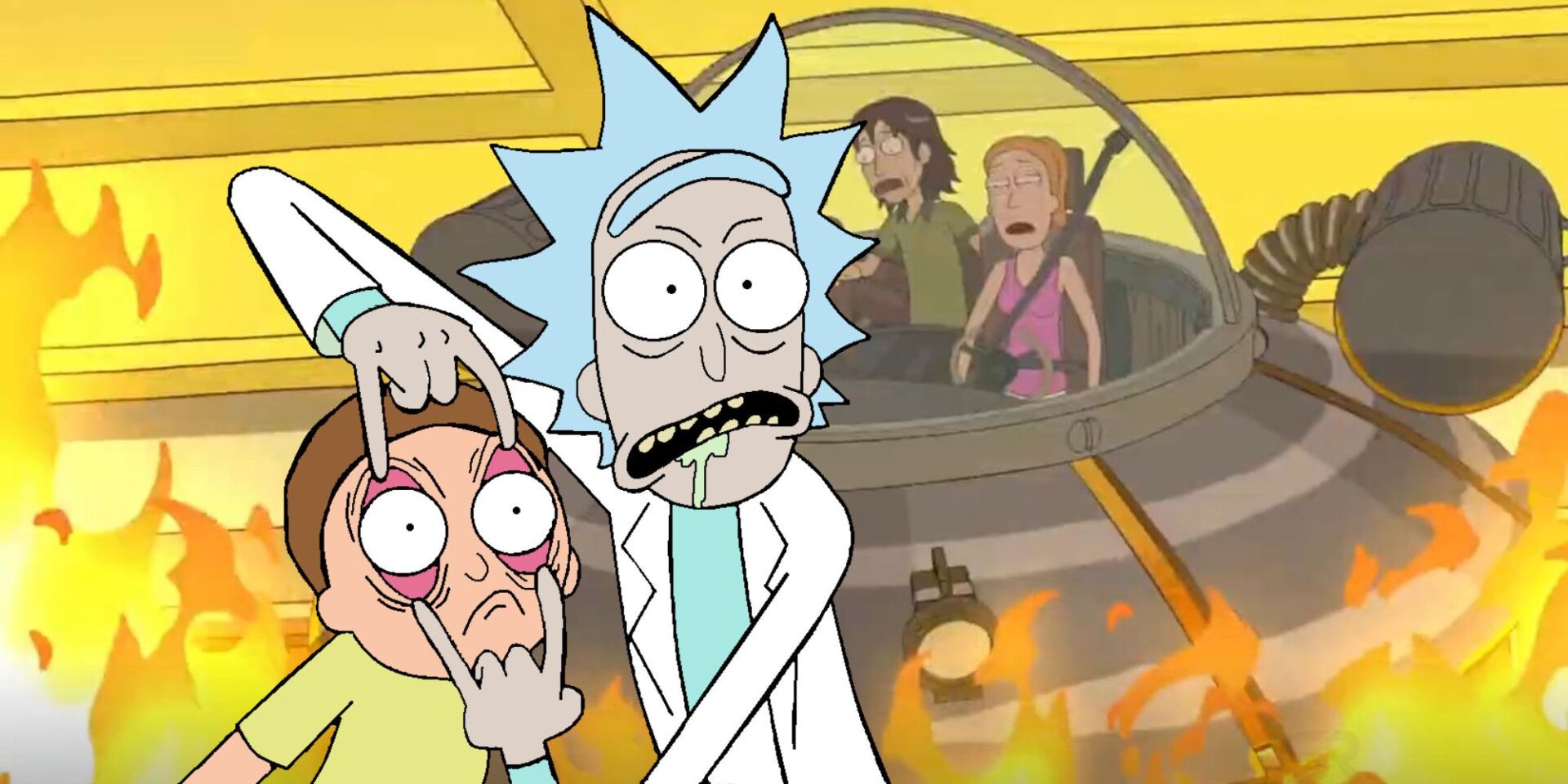 Rick and Morty made its debut back in 2013, centering around the adventures of drunken scientist Rick and his not-so-smart grandson Morty. It quickly became popular as a unique animated sitcom with its well-written direct humor and ability to confront real-world matters by spinning the characters into ridiculous situations. It’s no longer 2013, and fans now have a few seasons to enjoy and go back to. If you’ve ever thought about ranking Rick and Morty seasons, we’ve got you covered here with our very own list.

Here is our ranking of the Rick and Morty seasons from worst to best, including the latest below! Here’s to hoping it’s a high-IQ interpretation of each season and its relative importance– we know one has to be of certain intelligence to understand Rick and Morty, of course.

The fifth season is the latest, still ongoing season of Rick and Morty. It seems to be the weakest of the five so far, with episodes feeling a bit more all over the place than usual. The humor feels cheap compared to usual at some points, and none of the episodes have really featured iconic moments like the previous seasons yet.

For example, each season seems to have an episode that results in some sort of meme or running joke (e.g. “Pickle Rick”), but this season hasn’t seemed to offer any impressive moments. In fact, its episodes have stirred up more controversy than the show usually does with overly vulgar themes (we’re looking at you, giant incest space baby) but no real humor to back it up. While critics continue to give it higher ratings, many fans have argued that it feels like a completely different show altogether, sparking threads on both Reddit and Twitter. Episodes jump around confusingly (more so than usual) between feeling canonical and non-canonical as well, with fans claiming some to clearly be set in C-137 while others are not (the “canon” dimension).

The season is definitely not bad, but it feels as though its lacking something the others aren’t. We’re not sure if that’s the stronger focus on the main characters themselves or the way the humor works, but it just feels off. A couple of notable episodes so far are “Mortyplicity” which pulls viewers into a long chain of decoy deception and “Rick & Morty’s Thanksploitation Spectacular” where a turkey is accidentally infused with the president’s DNA and takes his place as a human.

The fourth season of Rick and Morty was long-awaited by many fans, but was found to be slightly disappointing or at least, less memorable than the previous seasons. Some of the humor was more offensive than before, which doesn’t necessarily make it bad but rather makes it more difficult to land with some audiences. For example, the episode “Promortyus” features references to various troubling real-life events such as 9/11 and the bombing of Pearl Harbor. While making light of such situations didn’t cross the line for some, it did for many others.

Despite the awkwardly landing dark humor, the season felt like a letdown as a whole. It took so long to reach fans but left them wanting more. Rather than further exploring the tension between Beth and Jerry or Jerry and Rick, the season seems to jump around between themes a lot. Rick and Morty’s fourth season definitely shows off the series’ roots, though, like in the ridiculous yet captivating themes found in episodes like “The Old Man and the Seat.”

This season featured other episodes such as “Edge of Tomorty: Rick Die Rickpeat” or “Claw and Hoarder: Special Ricktim’s Morty” where Morty finds himself in a soul contract with a dragon and Rick in a world where science doesn’t work but magic does. This episode is an example of the season and how it feels bizarre at times rather than coming across as consistently funny.

The first season of Rick and Morty took Adult Swim by storm as it seemed to come out of nowhere and brought such original humor to audiences. The writing was well-composed with good, original character development. Rick is a genius scientist but has no real interest in using any of his mental power for what people would consider moral or just uses of such intelligence. Instead, he spends a lot of his time drinking and traveling space for his own fun pursuits.

Rick’s family itself is relatable in all of the worst ways. Beth has regrets that she can’t seem to get over, from not becoming a “real” surgeoun to having her children with Jerry. Jerry is an insecure, lazy mess who depends on Beth for approval. Morty is… well, developmentally delayed in some ways possibly due to the lack of real, positive attention from his parents. The most normal family member definitely seems to be Summer, Morty’s older sister.

Rick himself is a dysfunctional alcoholic interested mostly in himself and his own gain. The first season is what brings this family to light and introduces viewers to a type of dysfunction they may very well be familiar with in a humorous way. That’s only a part of what makes Season 1 special.

Some of the classics can obviously be found here in the first season, such as “Meeseeks and Destroy,” where Rick introduces his family to a “Meeseeks Box” that can summon blue beings to help with any task (at which point they explode and die.) The first season also featured “Ricksy Business,” an episode centering around Rick’s crazy house party with guests from all over space and time (like Abradolf Lincler).

It’s PICKLE RICK! This season has become iconic for the episode featuring Pickle Rick, a transformation on Rick’s behalf as he turns himself into a pickle to avoid having to go to family therapy. As if the humor and relatability of the avoidance wasn’t enough to carry this episode’s weight, Rick goes through crazy adventures as a pickle, making for a classic ridiculous Rick and Morty experience.

The season features other great episodes like “Vindicators 3: The Return of Worldender,” which centered around Avengers-like superheroes finding themselves in a series of deadly puzzle games set up by a very drunk Rick. Here we get to see an emotional side of Rick not seen too often as Rick expresses love for Morty in his own, twisted way. It can be inferred that Rick needs Morty’s love at this point, depending on him for validation.

“The Rickshank Rickdemption” is another great laugh from Season 3, following Rick’s own memories as he plots to escape the Galactic Federation. All in all, the season featured some of the strongest episode Rick and Morty has to offer by combining character development with humor.

Season 2 was the Get Schwifty season. What more do we need? This season saw some of the funniest, most unique episodes, such as “Mortynight Run” where we are introduced to the ridiculous Jerry daycare center or “Interdimensional Cable 2: Tempting Fate” where Jerry has to be rushed to St. Gloopy Noops Hospital in space.

The season featured other clever concepts such as the split time in “Total Rickall” from Rick’s constant abuse of time travel. Each new universe unfolded on-screen, presenting audiences with an equally amusing and interesting theme for an episode. Where the fourth season failed in terms of continuity, the second one definitely did the opposite as it continued on the first season’s themes.

All in all, it was a really solid season and expanded on what made the first one good. It built on the idea of Rick’s emotional lows, such as those found in “Big Trouble in Little Sanchez,” while also leaving room for his growth as a character.