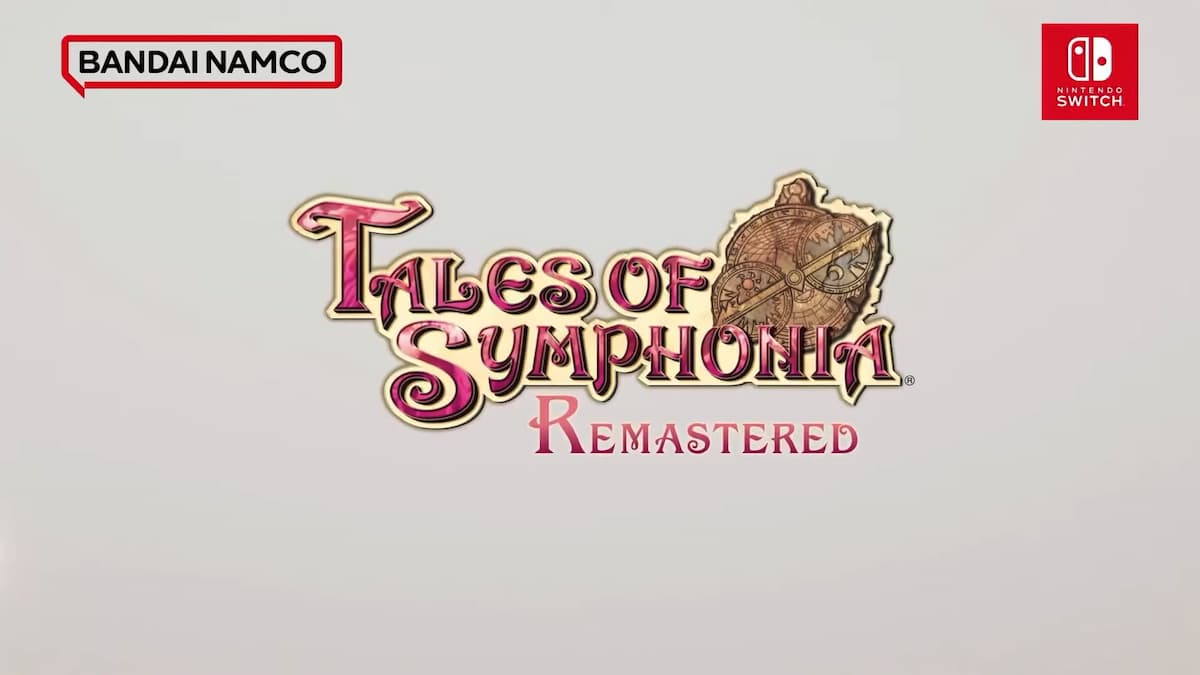 Tales of Symphonia has been a fan favorite of the series for years and it has seen releases on other consoles such as PS2, PS3, and even Steam, but it hasn’t felt fully at home on those consoles. Luckily Bandai Namco is finally bringing the game back to Nintendo.

The trailer gives an overview of the game’s epic story and the goal to travel to the top of the Tower of Salvation with the chosen one, Colette. Lloyd helps his best friend Collete on this journey of world regeneration and escorts her on her path.

Together, you will journey through the world of Sylverant and seal the shadowy figures known as Desians. Along the way, you will meet a great cast of characters that will become deeply ingrained in the story and join your party to find the balance of interconnected worlds.

Luckily, the trailer doesn’t go deep into spoiler territory because this game is worth playing through to the end and seeing how things change in this epic adventure.

The trailer does show off some of the different cutscenes including the wonderful anime cutscenes that make the series stand out. Of course, we still get the slightly-chibi 3D models from the overworld, battles, and non-animated cutscenes.

When Does Tales of Symphonia Remastered Release? Answered

If you’re wondering when you will be able to play Tales of Symphonia on your Nintendo Switch, luckily, you won’t have to wait long. The announcement also revealed the game’s release window and it’s surprisingly soon.

For anybody looking to play this new game again or for the first time, Tales of Symphonia Remastered is set to release in early 2023. A set date has yet to be confirmed but this release window at least ensures that we’ll be able to play the game in the first half of next year.