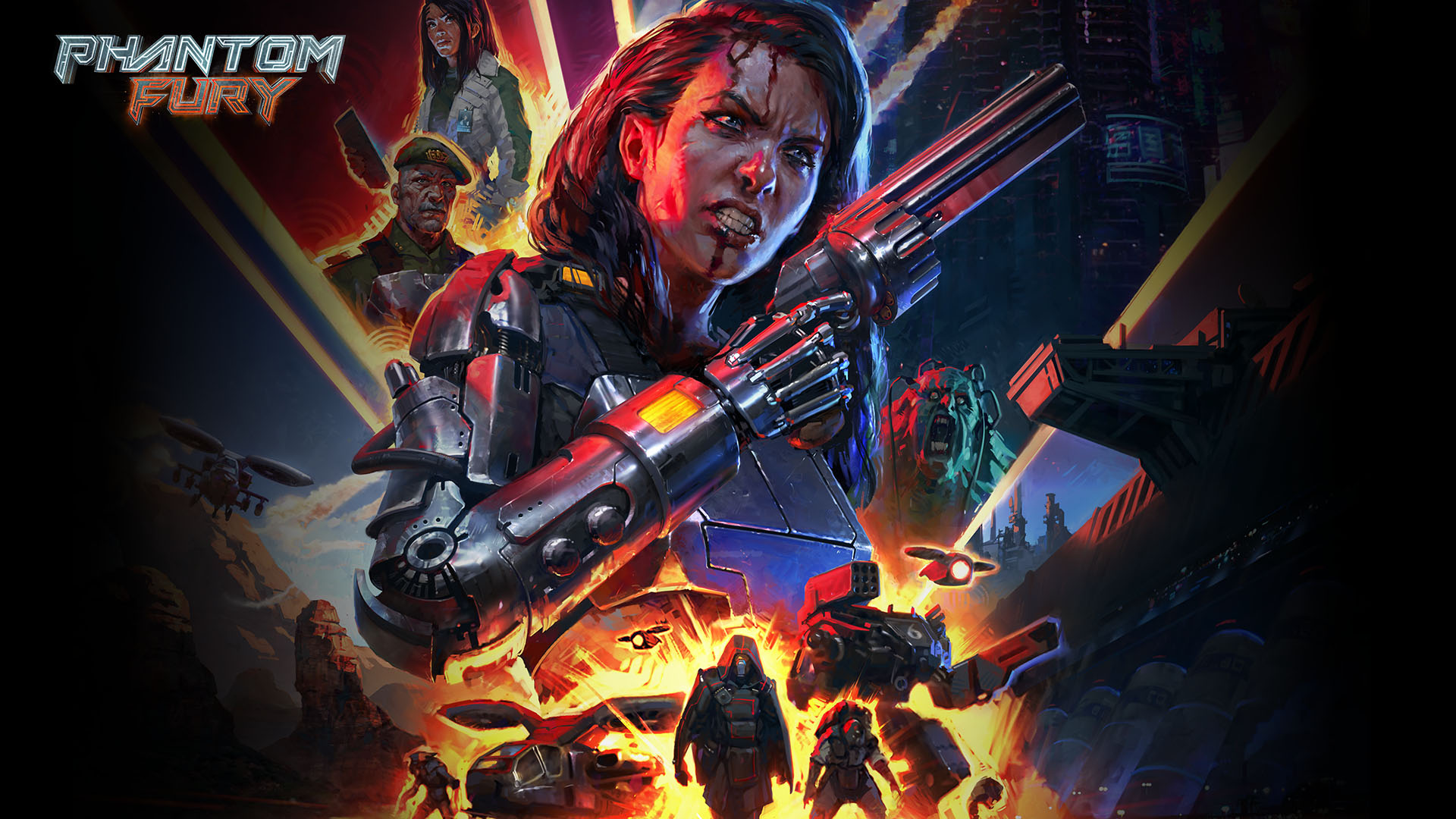 The game brings back Shelly “Bombshell” Harrison several years after Ion Fury’s events. She’s woken up from a coma and in the meanwhile, she has acquired a powerful bionic arm.

Below you can check out the launch trailer, the first screenshots, and concept art, alongside an official description from the developers.

“Years after Shelly’s fight against Jadus Heskel, an old colleague rouses her from a coma. She awakens with a bionic arm capable of incredible feats and a new mission: track down the dangerous Demon Core, an artifact capable of unprecedented destruction before villains get their hands on it.
Set off on an adrenaline-amped adventure across the USA to battle menacing soldiers, vicious cyborgs, vile mutants, and challenging bosses. Blast through enemies in satisfying skirmishes in seedy Albuquerque hotels, explore abandoned facilities in Los Alamos, defend the streets of Chicago, and delve into more sinister locations on her journey.

Phantom Fury’s world features an incredible amount of interactivity. Pilot helicopters, solve environmental puzzles, hack into fully usable computers, play arcade machines and air hockey, and much more — if you see it, you can probably play with it. Each mission comes with surprising ways to interact and creatively circumvent obstacles.

“We’ve been quietly working on Phantom Fury in hopes of really surprising everyone at Realms Deep. This was a game we wanted to make for almost a decade, and It feels awesome to finally show it to everyone. We know you’ll love going on this explosive road trip next year.”