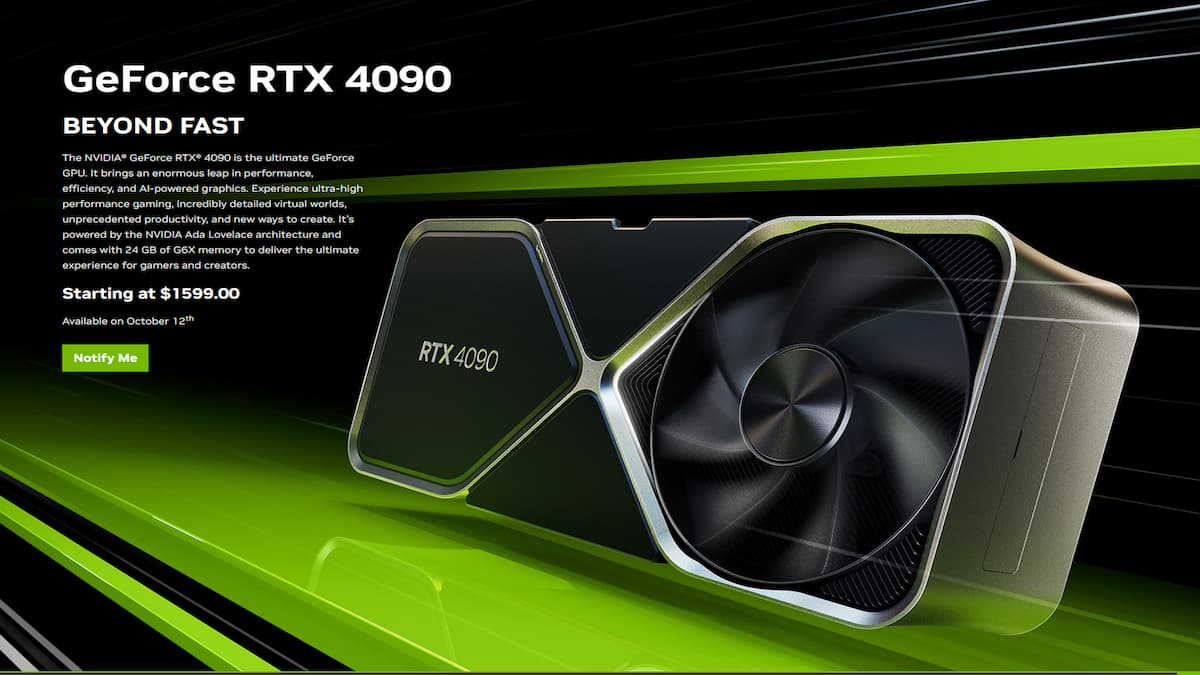 Nvidia has just announced the arrival of the RTX 4090, and it is a lot to unpack. Typical of the company, very few meaningful performance metrics have been released; however, from what has been provided it is safe to say that it will be a powerhouse of a video card– both in physical size and performance. Additionally, the card is stated to retail at 1,600 USD. Here’s everything you need to know about the RTX 4090’s specs, prices, and builds.

Ultimately, the 4090 should outperform the 3090ti in every application, by how much is still unmeasured. The third generation of DLSS is both improved and exclusive to the 40 series Ada Lovelace architecture, and in applications that utilize the technology, the performance gap will only widen.

What are DLSS and Raytracing?

DLSS stands for Deep Learning Super Sampling, it is essentially a form of Anti Aliasing and exclusive to Nvidia GPUs. AI within the Nvidia GPU downsizes the resolution of the image, then with some AI magic upscales the image making it nearly identical to the original picture– but with the performance cost of downsized resolution.

Furthermore, Raytracing is a hyper-realistic form of lighting within an application, allowing the GPU to more accurately shade objects. It allows the GPU to trace rays of light as they bounce from an object in the game scene to the end where it meets the light source, greatly enhancing the lighting.

Here is an example of Portal, before and after with Raytracing.

Don’t make the mistake of buying a brand new 4090 without a compatible motherboard, or a beefy processor to support it. The card, retailing at 1,600 USD at release, deserves comparable parts to assist it.

Additionally, make sure you have at least a 1,000-watt power supply; although many will claim that Nvidia cards are efficient on power, understand that this is a massive graphics card and when under demand will draw significantly more power than expected. You should expect to run one of the latest processors, 32 gigs of DDR4/DDR5 ram, and a modern motherboard as well for authentic performance.

That does it for a full rundown of the RTX 4090’s price, specs, and builds. Be sure to search for Twinfinite for more news and information on NVIDIA, including Overwatch 2’s performance on the new graphics card.