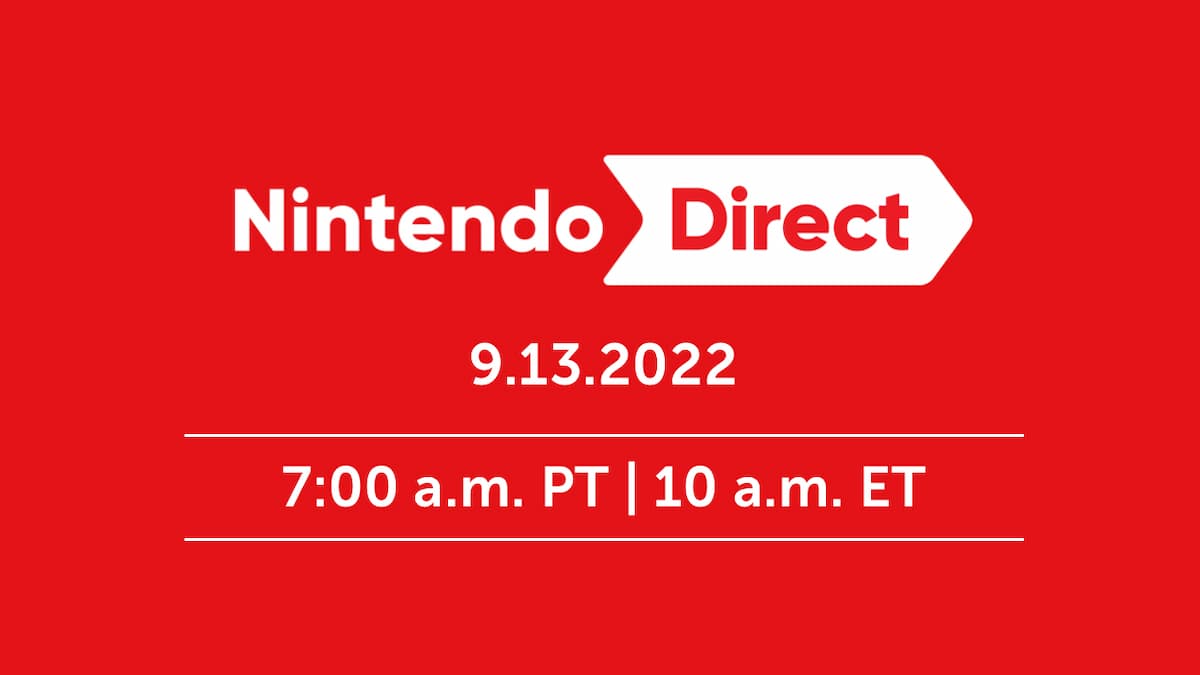 As September Nintendo Directs have become somewhat of an unspoken annual event at this point, Nintendo fans have been speculating how soon the company would announce the next stream. Well, earlier today on Twitter, it was announced by @NintendoAmerica that there will be a brand-new Nintendo Direct tomorrow, Sept. 13.

In the tweet, it’s mentioned that the Direct will run 40 minutes and mostly focus on games launching this winter. Of course, the important word there is mostly since Nintendo typically sprinkles in a reveal or two that doesn’t fit within the lines of what they lay out pre-direct.

That means games like Pokemon Scarlet and Violet, Sonic Frontiers, Bayonetta 3, and more may get new trailers tomorrow. However, it’s worth noting that big trailers for Pokemon games typically happen in the Pokemon-focused Direct streams. Looking even further to the future, this Direct could also include the sequel to Breath of the Wild, Metroid Prime 4, and if you really want to get wild then Pikmin 4.

Still, there’s no way to know what’s going to be there before the stream goes live tomorrow at 7 AM PT. The stream for the September 2022 Nintendo Direct can be found right here. The official Tweet from Nintendo of America can be found down below.

One other note worth mentioning is that the direct will not be streamed via the Nintendo UK YouTube channel. In respect of the national mourning following the death of Queen Elizabeth II, the full Direct will be uploaded at 4 PM UK time tomorrow. The official tweet from Nintendo UK can be found down below. Of course, Nintendo fans in the UK can still stream the Direct via the American stream if they want to watch it live.